When we think of the Fourth of July, we typically think of little kids in red, white and blue, fireworks and family barbecues. Here to ruin that image of Americana are the music industry’s rebels.

Leave it to Kanye West to stink up the Fourth with a concert that — surprise — included a self-indulgent rant. In this nearly 15-minute ode to “the world according to Kanye” — which sounds a lot like a little kid who’s been left alone with a karaoke machine — West asserts that the first thing “they” do is “crush your dreams.” Uh-huh. If West isn’t living the American dream and serving as an example of how just about anyone can become a jillionaire, then who is? Next, “they” add a couple drops of low self-esteem and control you with lies. Who are “they” anyway?

Miley Cyrus junked up her Instagram feed with several disturbing photos of her and her friends in weird Fourth of July masks that looked more like a celebration at a carnival madhouse than an Independence Day party. Then on Saturday, Cyrus followed up her disturbing Fourth holiday by getting inked with a tatt to commemorate her dead dog. (Please note: Having the word “fwends” permanently inked on her body proves Cyrus thinks she’s still 11 years old. Also, we’re more than a little freaked out by Cyrus’ creepy Tales from the Crypt thumbnail.)

What Jeremy Meeks, Kim Kardashian & Miley Cyrus have in common >>

That was a nice few months when Chris Brown was in the big house and unable to make gross headlines like he did last weekend. Brown celebrated his independence from jail with a picture of his girlfriend’s a**. How festive. And while Karrueche Tran’s body didn’t have any flags, stars, stripes or other marks of our great country’s freedom on it, she does have a zipper of a tattoo going down her leg. Lovely.

Chris Brown is out of jail and partying down >> 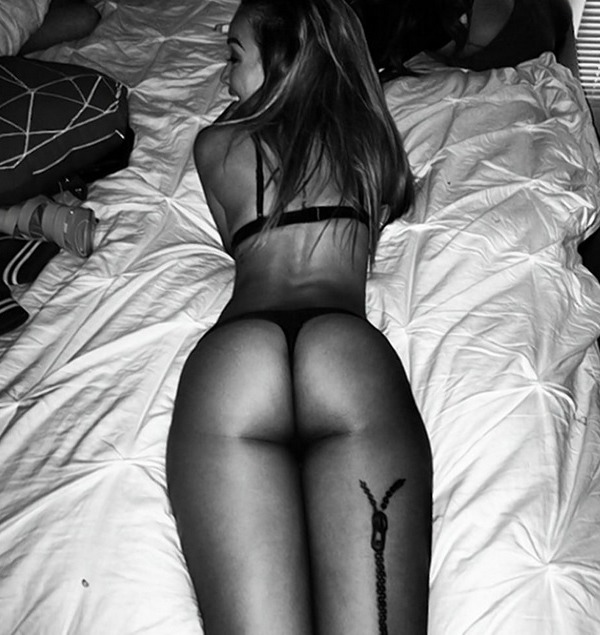