For the first time in its history, the American Academy of Pediatrics is making a literary statement.

Sure, they’ve been outspoken about how long mothers should breastfeed their infants. Now, they’re paying homage to the baby brain.

According to a statement by the AAP, an important part of brain development occurs within the first three years of a child’s life. Reading to children enhances vocabulary and other important communication skills, which in the long run makes kids better students.

It has now been suggested that doctors should tell parents to read aloud to their infants as an official form of developmental treatment.

Doctors around the nation agree. “If we can get that first 1,000 days of life right,” said Dr. Dipesh Navsaria, an assistant professor of pediatrics at the University of Wisconsin School of Medicine and Public Health, “we’re really going to save a lot of trouble later on.”

As a parent, I’m sure you’re willing to do anything to make your child’s life more successful. In an effort to give your kid the advantage, here is a roundup of the 10 best read-aloud books for little ones.

A caterpillar hatches from an egg and is super hungry. He must keep eating… right through the pages of the book. Carle wrote, illustrated and designed this book, and it won several awards. Not only is it fun to see the holes left behind by the hungry caterpillar, but kids learn about counting, too. Plus, there’s a big surprise at the end! 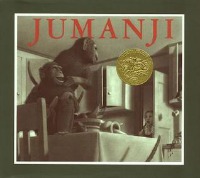 Two kids play a mysterious board game and some pretty wild things happen. For instance, there’s a lion, a monsoon and a less-than-helpful explorer. Judy and Peter have no choice. According to the rules, “Do not begin unless you intend to finish.” This story is a wonderful adventure and the illustrations are so detailed, they look like photographs. 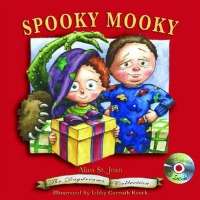 Ralphie is afraid of the dark and he swears there’s something clawing at his windowpane. Luckily, he has a fearless friend, Mooky! The lilting rhyme of this colorful picture book is exciting and on point. The book even includes a CD of the author narrating the book, along with a song written to go along with the story.

Catch up on children’s classics this summer >>

4. Where the Sidewalk Ends by Shel Silverstein 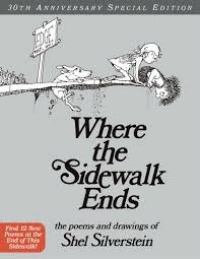 Want your kid to grow up to be a poet? This is their first step down the path to literary genius. Silverstein’s poems are sometimes odd, sometimes serious. All in all, he’s a funny guy and his poems are for every age. Speak quietly and the soothing tempo might put your little one to sleep. Speak with enthusiasm and your kid might even applaud.

5. Over the Steamy Swamp by Paul Geraghty 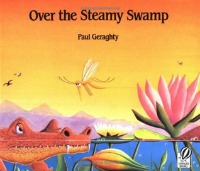 One day, a mosquito flew over a swamp. Behind her flew a hungry dragonfly. Behind the dragonfly waits a famished frog. Don’t even ask me about the alligator. This is a book of one thing following another, and the tension builds and builds as more and more animals in the steamy swamp lick their chops and prepare for a dinner they might never get. 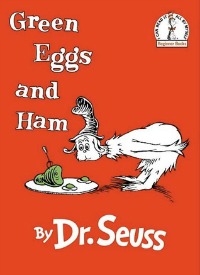 Dr. Seuss is the master of hypnotic rhyme and quirky verse. His children’s books have been read for generations and there’s no reason to stop now. Green Eggs and Ham is the standard intro to the mad doctor. You’ll enjoy tripping over the rhymes as much as your child. Once you get the rhythm down, gimme some attitude: “I will NOT, Sam I am!”

Children’s books to get your kids excited about the beach >> 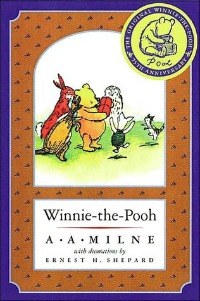 I love Winnie-the-Pooh. All he wants in life is honey and good company and he gets both in young Christopher Robin’s imagination. These stories are gentle and innocent. They revel in the beauty of childhood. Your infant will be thrilled; you might even get a little misty. Still, Pooh will keep you laughing. He’s sweet, certainly, but he’s not the brightest crayon in the box.

8. The Stinky Cheese Man: And Other Fairly Stupid Tales by Jon Scieszka 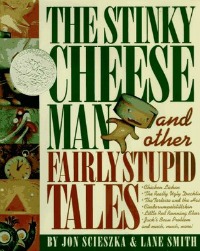 Fairy tales are great and all, but how about giving them a deviant twist? Jack is our trusty narrator who has to escape the petty annoyances of Chicken Licken, who demands someone call the president, and the Gingerbread Man (who smells just awful). Will Jack ever get to tell his story? Scieszka’s new spin on old stories will please kids and adults alike, and you’ll never look at fairy tales the same way again.

9. The Monster at the End of this Book by Jon Stone 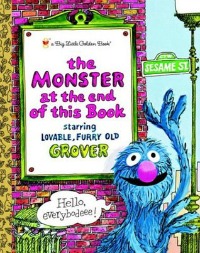 Sesame Street character, Grover, is scared of monsters, so the last thing he wants you to do is finish this book. He does everything he can to distract you and his audacious attempts are worth a good belly laugh. Kids will love Grover’s escalating panic and they’ll feel brave, because Grover is the wuss who won’t turn the page. But your child will.

10. The Teacher from the Black Lagoon by Mike Thaler 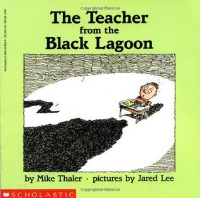 We all think our teachers are really evil aliens, right? Well, in Thaler’s book, there is cause for concern. There is a distinct possibility that this teacher is really a monster who eats small children. This isn’t a book for the overly-sensitive young pupil, but if your kid has a sense of humor, this is picture book gold. I read it and I turned out OK. Right?