Just like the modern marriage has changed, so has marriage on television. From keeping one foot on the floor and separate beds to open cheating, divorce and open marriages: Everything is different now. But is it all for the best?

Ever heard of the “one foot rule”? Throughout the ’50s and ’60s, a series of rules called The Hayes Code kept everyone on television in line… and out of bed. The rules stated that any married couple seen on television in bed had to be in two separate beds. You may remember the how on Dick Van Dyke reruns, Laura and Rob slept in twin beds separated by a nightstand. The same went for I Love Lucy. Though the Ricardos eventually pushed their twin beds together, they continued to use separate blankets, tucked down in the middle. Seems pretty crazy for an actual married couple, huh? The Hayes Code specifically stipulated that if the couple were to share a bed, at least one member of the couple had to have his foot firmly planted on the floor. So, if Laura was lying down, Rob (Dick Van Dyke) had to sit on the side of the bed, with his foot on the carpet.

When did this change? It’s hard to say for sure. For many years, Florence Henderson of The Brady Bunch claimed she and her TV husband were the first couple on television to share one bed and abandon the floor rule entirely. That’s not entirely true, though. As a matter of fact, one of the first shows to abandon the rule was I Love Lucy. During their trip to California, on an episode titled “First Stop” The Ricardos and Mertzes shared a sketchy hotel room. Hilarity and broken rules ensued when Fred and Ethel got into bed with a sagging mattress and continually rolled toward and on top of each other. Maybe the got away with it because they shared the room with other people or because it was in no way sexual or intimate? Just, you know, really awkward.

What we see from sex and marriage on television has certainly changed. One of the first sexual frontiers on television was, of course, daytime soap operas. In the ’60s, Another World became the first television show to feature a storyline centered on abortion. Bonus for them: It was actually still illegal at the time. Catering to stay-at-home moms, the networks eventually decided that what their viewers really wanted was to see Luke and Laura or Victor and Nikki rolling around in bed… with each other and everyone else. We’ve slowly gone from feet on the floor to feet in the air. 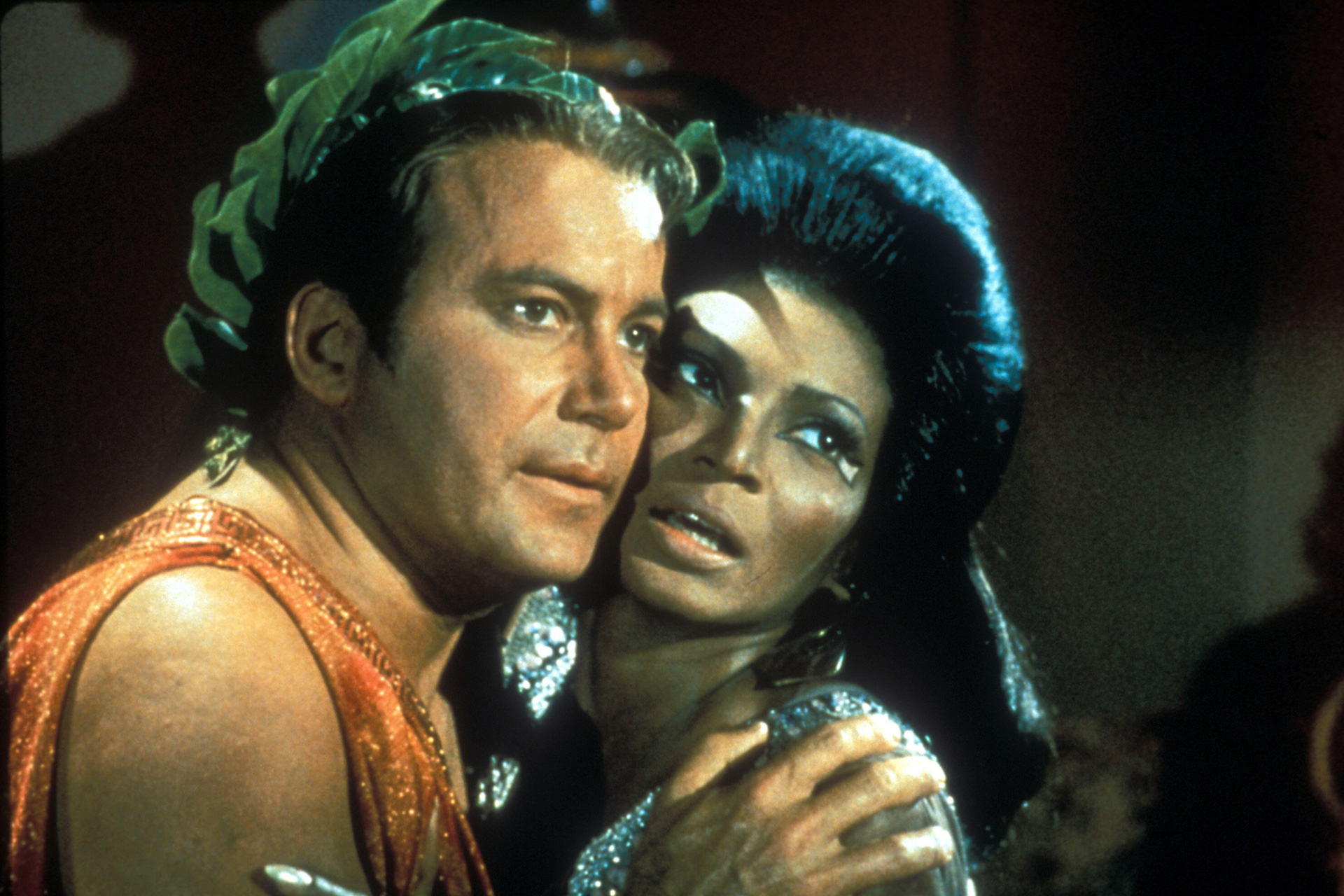 Marriage, love and sex also began to take new shapes on television, as well. It wasn’t until 1968 that television aired its first interracial kiss, when Cpt. Kirk and Lt. Uhura gave a lengthy embrace on Star Trek. In 1991 came the first televised lesbian kiss, on L.A. Law. It took another six years, though, before Ellen Degeneres would tell the world she loved ladies and would become the first openly gay main character. The first homosexual kiss between two dudes? You can thank Dawson’s Creek for that, when Jack and Ethan locked lips on the season finale in 2001.

Love on television has continued to grow more open-minded as the years have passed. We’re seeing more interracial love happening. We’ve even witness a few same-sex marriages — many without any controversy at all. Glee and The Fosters both recently dealt with life and love for transgender teens. And let’s not forget the (tw)incest on Game of Thrones.

So, where do we go from here? Now that we’ve conquered race and homosexuality, it looks like our next big televised step will be more realistic conversations between couples. On FX’s new jam, Married, we’ve witnessed the couple gleefully and sarcastically discussing their next marriages and banding together over a hangover at a soccer game.