There may be hope for young Hollywood after all. Town & Country‘s August cover girl, Dakota Fanning, brings sophistication to her interview despite only being 20 years old.

The actress talks growing up in the spotlight and explains that, even at a young age, getting involved in acting was her idea. “It’s hard to explain to someone who didn’t know me as a child. But even before I started working — when I was two, three, four, five — I was an exceptionally mature child. I just was. And my mom and I were able to have conversations like, ‘Do you want to go to California and go to auditions for commercials and TV shows? Is that something you want to do?’ And I was like, ‘Yeah, let’s give it a try.'” 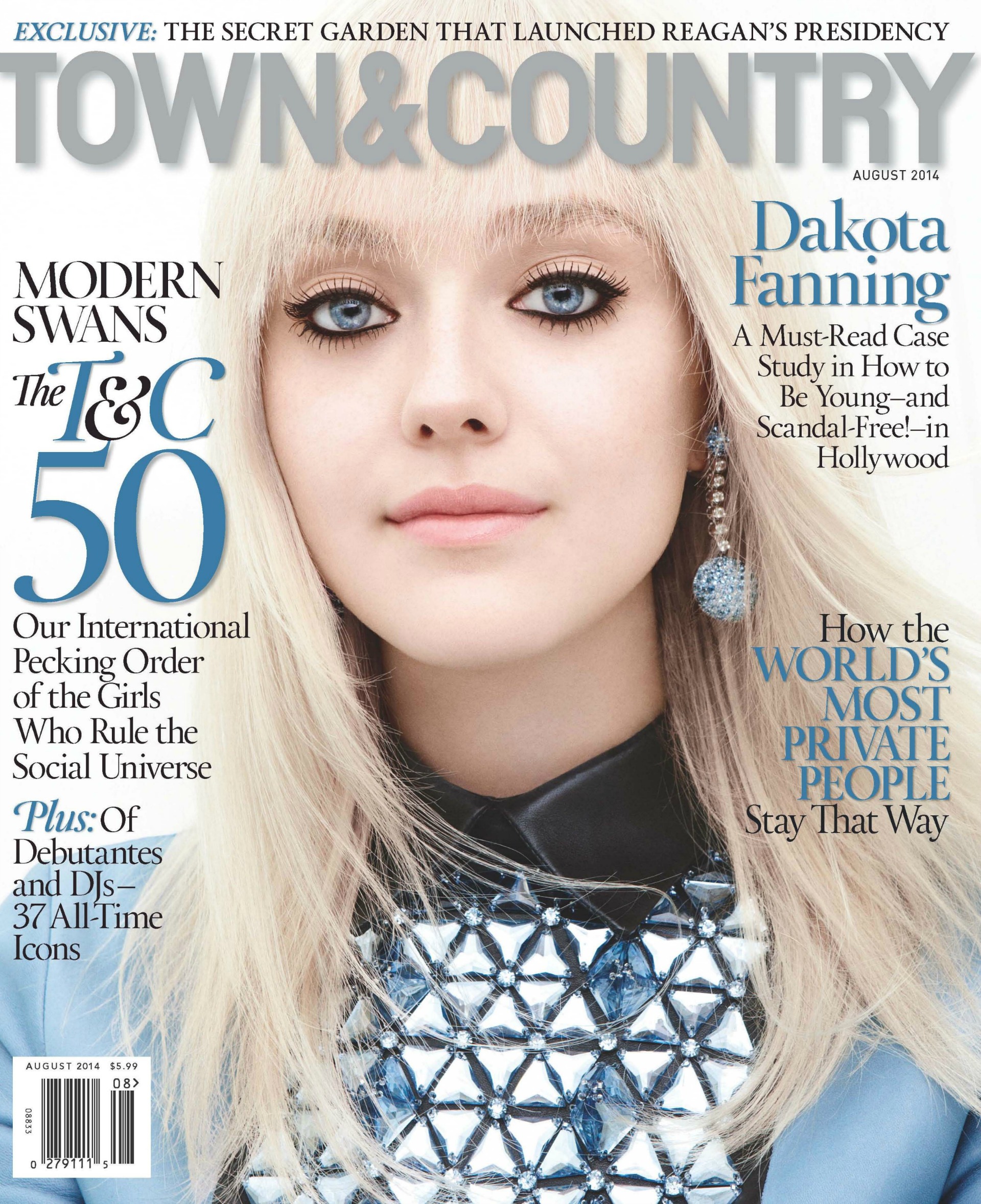 That doesn’t mean it was easy. But Fanning’s mother supported her all the way. “[My mother] realized I had the potential to do things that were bigger than the life she knew. And she recognized that in Elle, too. When she made that initial move with me to L.A.,” Fanning explained, “she completely gave up her own dreams and started over in a place she never imagined living. I mean, Los Angeles, to a person from 20 minutes southeast of Atlanta, might as well be Africa.”

Now that the actress has found success, though, she doesn’t bask in the fame. She prefers her privacy. “I’m just never going to parade my personal life,” Fanning told the magazine. “If you choose to not do it, it’s not hard to not do it… any part of an artistic business is made better by there being a little mystery. That’s what movies are about.”

Still, she has had her fair share of being in the public eye. “Because people saw me grow up, there’s this weird sort of ownership that they feel for me and that is… difficult. Because it’s not real; it’s in their minds. People don’t know me as much as they think they do. I’ll be walking down the street and someone will say hello, and I’ll go, ‘Oh, hi!’ I’ll think I must know this person if they said hello, but then you realize, you don’t know them.”

Fanning plans to continue her career. Eventually she’d like to direct and produce her own films.

“It’s very hard to find a movie about a strong woman — one that doesn’t have anything to do with a guy or the love of a guy or the heartbreak of a guy,” Fanning said. “Is that the only crisis women deal with: love and loss of love and sadness? There’s more to life than that.”

What do you think of Dakota Fanning’s Town & Country cover?