On Friday, Universal unveiled the Dracula Untold trailer, which brings back memories of all the vamp stories we love.

So what is it about vampires? Why are we so obsessed? Sure, film casting is usually good. How can you go wrong with Brad Pitt, Tom Cruise, Tom Hiddleston … I could go on. It’s more than just pretty faces, though. We love vampires because they live forever, and they have a dang good time doing it.

My first vampire was Louis from Interview With the Vampire. That was during my goth phase, when I was just begging to be bitten. I guess not too much has changed. I still wear a lot of black and have a weird crush on Tim Burton. When a new vampire book comes out, I buy it. Judge as much as you want, but vampires are sexy.

The vampire attraction: Why we’re such suckers for these sexy blood-suckers >>

In honor of Dracula Untold (arriving in theaters on Oct. 17), I have compiled a list of the most bloodthirsty, sexually frustrating, beautiful vampire books the mortal world has to offer. Don’t be scared; your first bite won’t hurt at all.

1. Lord of the Dead: The Secret History of Byron by Tom Holland 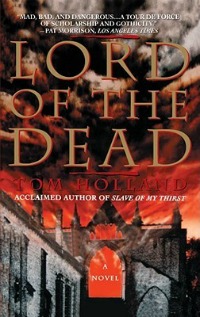 Of course, famed poet and libertine Lord Byron was a vampire. He was beautiful, talented, and he died young… or did he? In Tom Holland’s sexy, scary novel
, Byron is immortal — and having quite a good time. The story is full of lush, historical detail, as Byron travels the world and falls in love many times over. Holland chose a scintillating young man as his lead, and who better to seduce you than a hot poet? 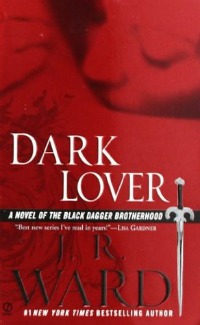 3. Interview With the Vampire by Anne Rice 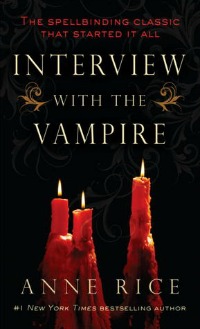 How could I leave this one out? It’s true: Anne Rice isn’t for everyone. She writes sort of like a politician: circling the question but never quite getting to the point. Still, it is thanks to her that vampires became such a “thing.” In this, the beginning of the Vampire Chronicles, we first meet Louis and Lestat — unforgettable characters who you both love and hate. Rice writes for the intelligent vampire fan, but be prepared for a slow start. 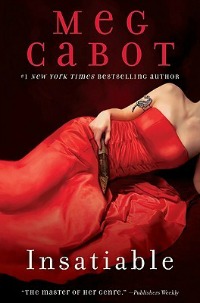 So yeah, she wrote The Princess Diaries, but this book ain’t about no princess. Meena Harper (Dracula reference much?) is a young soap opera writer who can see how people are going to die. She is rescued from a bizarre bat attack by the mysterious, handsome Lucien (vampire extraordinaire). A sexy vampire hunter shows up, and, oh, no, a love triangle! This book is such a good time. It’s funny, sexy and filled with action. Plus, lucky you, book No. 2 is already out.

5. Let the Right One In by John Ajvide Lindqvist 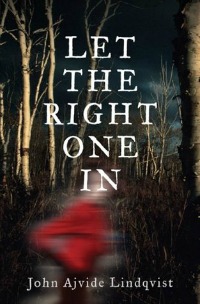 All right, I’ll give you a disclaimer: There are a lot of pedophilia references in this book
. Sort of. See, the vampire is in the form of a child, but she’s old, so take that as you will. The novel takes place in Sweden, so, of course, it’s dark and depressing. Twelve-year-old Oskar is tired of being beat up, so he’s pleased to make the acquaintance of the new girl in the neighborhood who wants to be his friend and help him with his bullies. She does a bit more than help him. Vampires kind of like to kill people. 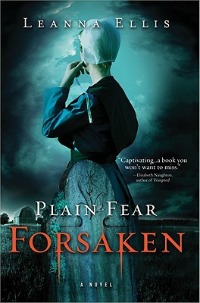 Vampires and the Amish? What? But really, I love this book
. Hannah’s life was saved by a boy named Jacob, but he died in the process. She pines for him, but he is forever lost. Right? Jacob’s brother, Levi, tries to make his move, but then, a seductive stranger appears in their midst. The stranger looks like Jacob, but something is different. Oh, right, he’s a vampire now. I like this book because it is chock-full of conflict. It’s not just about the sexy stuff. Ellis makes you question her characters — and yourself. 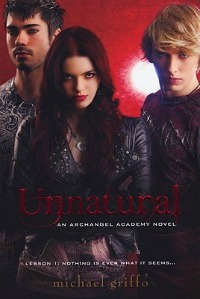 It always seems like vampires are pansexual. Why not make them openly gay? Griffo has created a winning gay vamp trilogy here, starting with Unnatural. Michael is sent away to England to attend school at Archangel Academy where he meets sexy outcast Ronan. Ronan just happens to be a vampire, but he’s hell-bent on protecting his new love, despite the devastating secrets that surround them both. Warning: Once you open book one, you won’t be able to stop.

POLL: What if this sexy celeb wanted to suck your blood?
How vampires are sucking the life out of social media
Our favorite vampire love stories