No wonder Cameron Diaz is baring it all for her new film, Sex Tape. Her August cover of Esquire magazine makes us feel great about our 40s, too.

Cameron Diaz is flaunting her rockin’ bod on the August cover of Esquire. In the article, the 41-year-old shows off her legs and opens up about life in her 40s, which she says is amazing so far.

“I like being 41. I love it. So much s*** just falls away. Fear mostly. It’s the best age. That’s when a woman knows how to work things, or she doesn’t care about that anymore. You just don’t worry that time registers anything awful.” 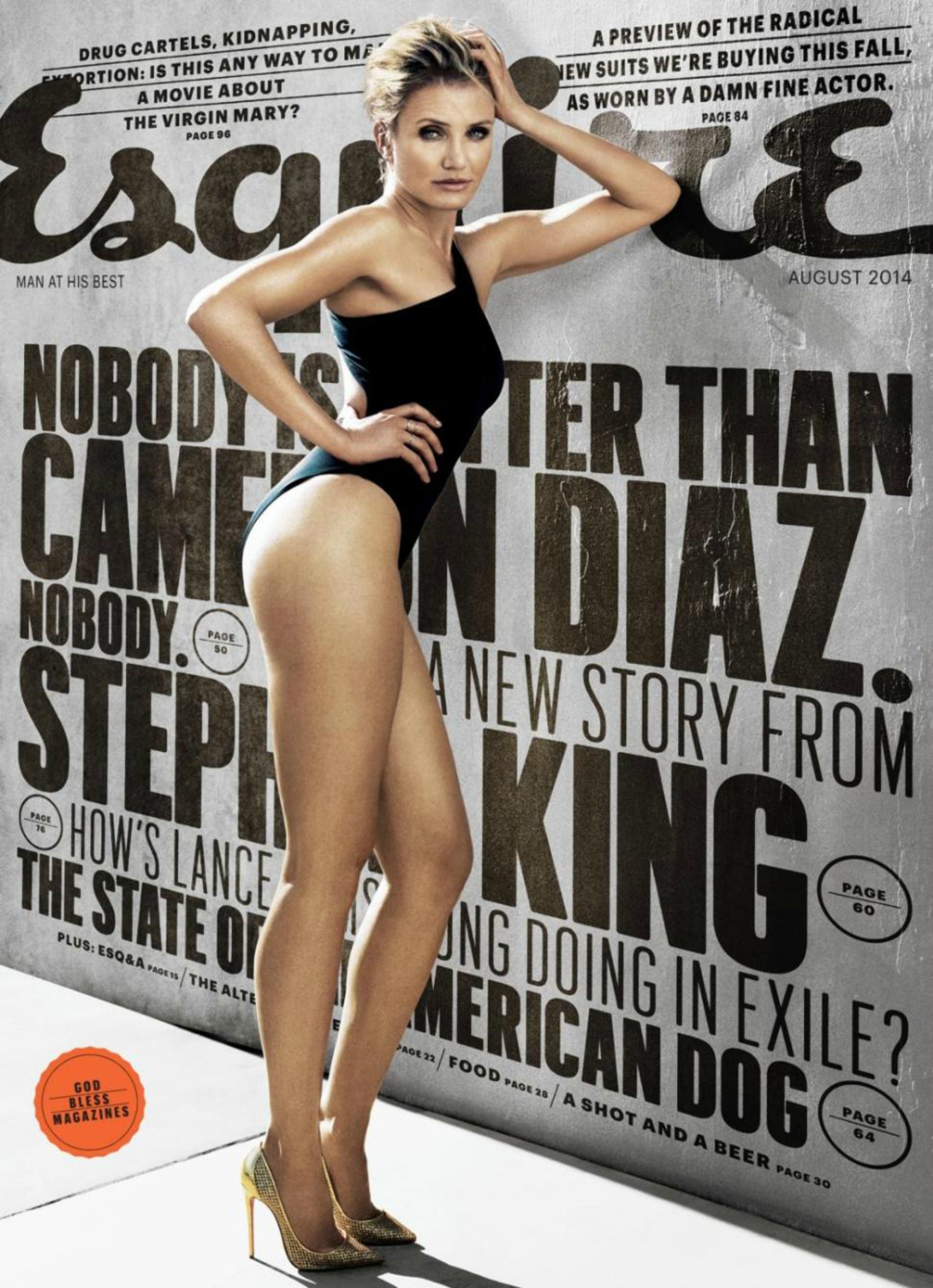 Clearly the actress is comfortable in her skin now more than ever. Her new feature film Sex Tape comes out July 18, and it’s the first role where Diaz took it all off for the cameras.

Though the actress does love her job, she admits it’s a bit of an odd career.

“I found myself [for Sex Tape] in a room in the middle of nowhere Massachusetts at 11 at night doing a childbirth scene, and everybody’s screaming at one another — Jason, the cameramen, the director. And me acting like I’m trying to push a basketball out of my vajoon. Crazy s***, right? And the thing is, I always take a moment to say, ‘We’re lucky. This is a great job. A fun job.'”

Diaz may be going through labor on-screen and loving it, but she’s content to not experience it in real life.

“It’s so much more work to have children. To have lives besides your own that you are responsible for — I didn’t take that on. That did make things easier for me,” the actress said.

“I like protecting people, but I was never drawn to being a mother,” Diaz admitted.

“I have it much easier than any of them,” Diaz continued, referring to moms. “That’s just what it is.”

She added, “Doesn’t mean life isn’t sometimes hard. I’m just what I am. I work on what I am. Right now, I think, things are good for me. I’ve done a lot. And I don’t care anymore.”

What do you think of Diaz’s Esquire cover?