Last night’s episode leaves us with a few things we want to see resolved in the season finale. 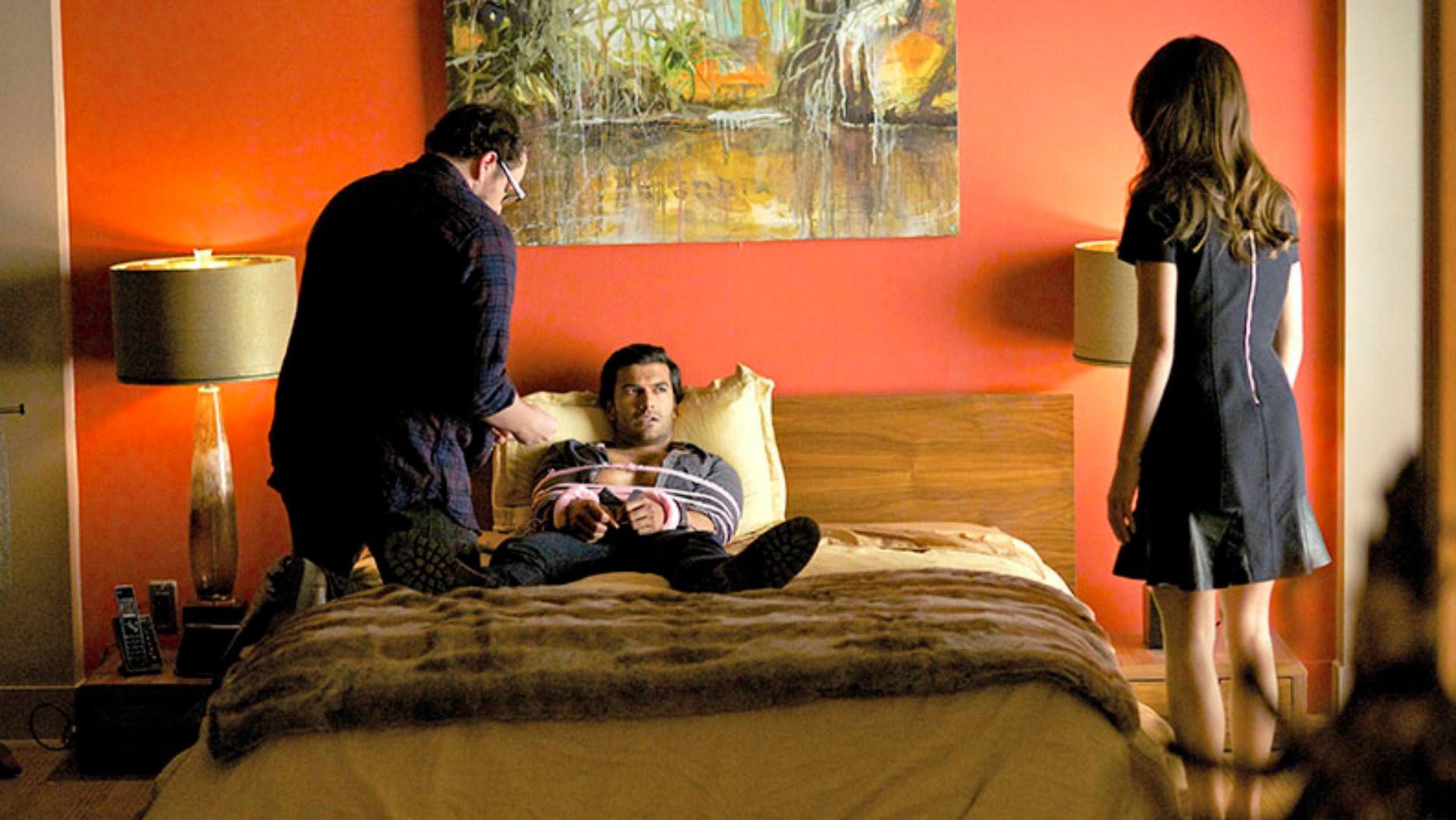 It’s no big secret to longtime Beauty and the Beast viewers that Vincent (Jay Ryan) and Cat (Kristin Kreuk) are meant to be. Cat may have spent the season doing her best to let go, but they always seem to end up reaching out for each other. Now that the season’s winding down, it’s become harder to fight their feelings… although Gabe (Sendhil Ramamurthy) doesn’t appear to have gotten the memo.

He’s still doing his best to win Cat back and hasn’t yet learned the lesson that a woman isn’t a prize that can be won, especially a woman who’s as strong-willed as Cat has proven herself to be over the years. His slow descent into villainy and growing inability to keep control of his temper has been one of the season’s most exciting turns.

We’re heading into the season finale next week, and here are a couple of questions we’ll want answered.

Can Gabe be redeemed?

With another murder on his hands and an increasing level of insanity, it looks like there’s no coming back for Gabe, but even if he and Cat can’t make it work, we still remember the brilliant district attorney from Season 1. Here’s hoping he’s not too far gone down the wrong path. There’s still some ambiguity about how much of this is Gabe’s choice and how much is his beastly instincts. Our exclusive photo above seems to indicate that Cat and JT (Austin Basis) are finally onto him, but it’s a toss-up on whether they’re pulling for punishment or redemption for their former ally.

Will Vincent and Cat finally make it last?

They’ve slept together, they’ve confessed their feelings, but somehow, they always end up just shy of really committing to it. We’ve watched Vincent and Cat do this dance for two seasons, we’ve seen their ups and downs and suffered through Cat’s relationship with Gabe. It seems like they’re finally on steady ground with each other, and we want to make sure these two are going to stick the landing!

How will Heather’s wedding unfold?

Heather (Nicole Gale Anderson) is always a sunny spot on a sometimes dark show, between her one-liners and her killer fashion sense, and we’re happy to see her engaged. (Not to mention her wedding dress is absolutely gorgeous.) The gang could use something fun and light for a change, and though a wedding usually means high drama and high danger, our fingers are crossed that Heather gets the big day of her dreams. Besides, we can’t wait to see her Cat-planned bachelorette party, which is the best part of any wedding.

The summer finale airs on July 7 on The CW. We can’t wait!