It’s hard to believe that such an iconic fairy tale character could be nixed from her own sequel, but apparently it’s happening despite Snow White and the Huntsman‘s box office success. 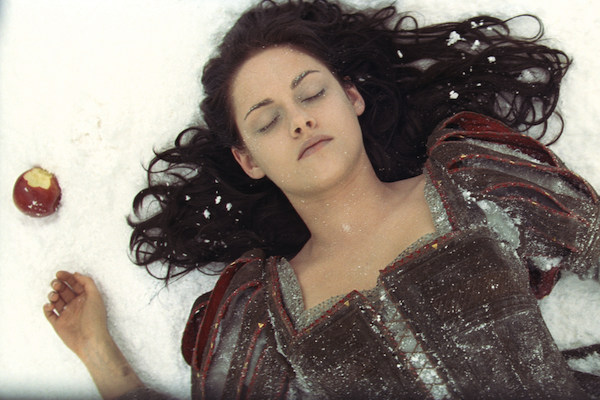 The Hollywood Reporter confirmed that Kristen Stewart will not be part of a movie spinoff centered on Chris Hemsworth‘s character, the Huntsman, that will not include Snow White at all.

Sources told The Hollywood Reporter that the original plan was to “make two films featuring the Snow White character and a third film spinning off the Huntsman, similar to how Fox’s X-Men series has spun off Wolverine.”

But that plan was nixed in favor of creating a fantasy movie with a very macho dude in the lead instead of a badass chick who could fight her own battles. This move seems incredibly strange, considering Hollywood was just learning to love strong female protagonists.

The Hunger Games is a popular female-driven franchise that continues to perform exceedingly well at the box office. But the fact that Hollywood is swapping out Snow White for the Huntsman just sounds like a flimsy strategy to us, since there are so many male-focused films to compete with.

Quentin Tarantino, Michael Bay, Bryan Singer and Seth MacFarlane seem to all be keeping the theaters full of big-gun, fast-car dude films and, while we love Chris Hemsworth, The Huntsman just doesn’t seem like a good addition to the over-dominating genre.

Both Jack the Giant Slayer and Hansel and Gretel: Witch Hunters featured studly male lead characters, and neither had huge success at the box office.

Nicholas Hoult spills the beans in Jack the Giant Slayer >> 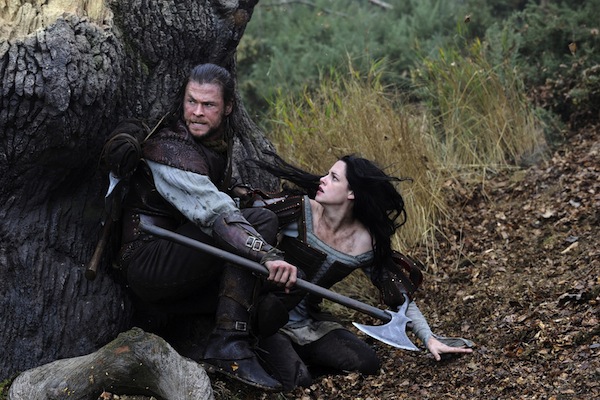 We can understand if it might have been awkward for KStew and director Rupert Sanders to work together again after they were caught having an affair, but usually a studio keeps the star and looks for a new director.

We hope that cutting strong female characters from movie franchises doesn’t become a Hollywood trend. We all want our daughters and sisters to see strong, spirited women up on the big screen. There have always been and will probably always be plenty of movies about men with big guns, swords, hammers or axes. We want our Snow White!