When reading the headlines surrounding the 2014 World Cup, one starts to wonder — am I reading about an international sports competition or teen vampires? 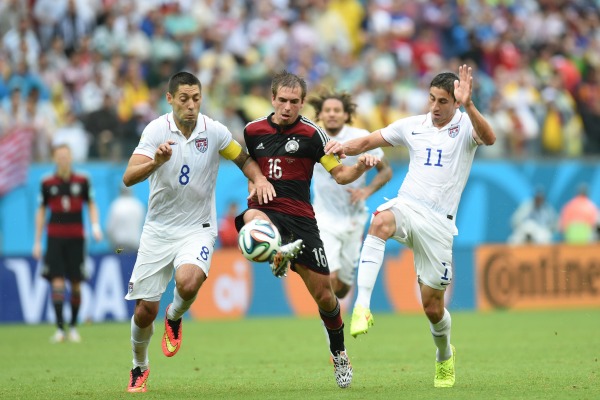 Uruguayan striker Luis Suarez has been officially banned by FIFA for nine games after sinking his chompers into the shoulder of Italian defender Giorgio Chiellini. Really, Luis? That is so 17 years ago (when Mike Tyson took a chunk out of Evander Holyfield’s ear). In the Twilight series, biting people’s necks is acceptable because the fictional characters are vampires. This is Suarez’s third biting offense, so who knows — maybe he’s a vampire.

Love for the underdog

If you want an absurdly popular story, you’d better have an underdog plotline. In the Twilight series, Bella is the pale, angsty, comes-from-a-broken-home teen who doesn’t relate well to her peers. In the 2014 World Cup, it was prophesied that the Americans would not advance. After Thursday’s game against Germany, the U.S. now advances to a round of 16 games on Tuesday, July 1. USA! USA! USA!

Soccer as an international sport has gained enormous traction with Americans during the 2014 World Cup. Described as “the world’s most boring game” by seasoned sports journalist Allen Barra in 1994, soccer has finally found a home in American hearts. Why? The most popular theories revolve around the attention the sport gets in social media outlets like Twitter, that more American kids have grown up playing soccer than ever before (think about it — the term “soccer mom” didn’t exist before the ’90s) and that we have better technology for streaming the World Cup. Why was the Twilight series so popular? Some of us are still trying to figure that out, but the numbers don’t lie. The Twilight franchise is an almost $6 billion industry.

Sex facts you didn’t know about the World Cup >>

Another explanation for the World Cup’s popularity is the hot soccer players who are willing to take off their shirts (yes, Cristiano Ronaldo, we’re talking to you). Looking at the World Cup, soccer players would lead a gal to believe that having a great head of hair and fantastic abs are a prerequisite for playing on the world soccer stage. Hot guys were also a Twilight staple. Rob Pattinson was sort of “Rob who?” before Twilight and where was Taylor Lautner before the vampire juggernaut propelled him into superstardom? 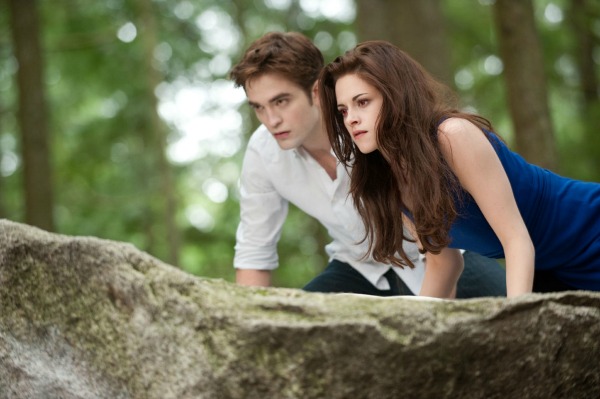 Vampires have some pretty cool powers. Remember how Edward could scale a 200-foot tree in about three seconds? That could come in handy. If you’re a creature of the night, you never age. That could come in really handy. Vampires never die either, which, depending on your life choices could be a blessing or a curse. Soccer players also possess superpowers. They are faster than lightning and they defy the laws of physics when they manipulate the trajectory of a speeding object with parts of their body.