When Eloise Mumford calls Fifty Shades of Grey “a huge cultural phenomenon,” she isn’t exaggerating. Not since Harry Potter has a franchise so fascinated the world. The admittedly-excited actress, who landed the coveted part of Ana’s best friend, Kate Kavanagh, gives us the skinny on her role and what the story’s really about. 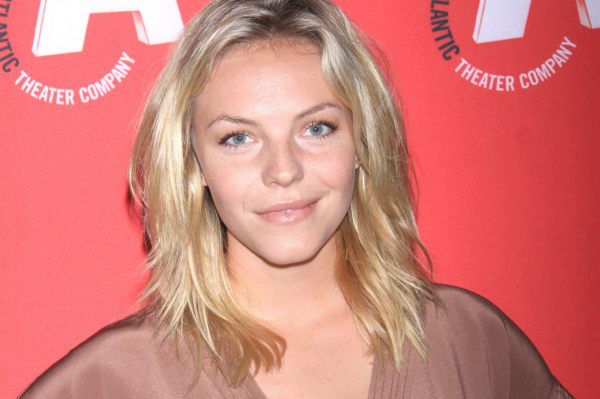 Eloise Mumford, best known for her roles in the TV series, Lone Star and The River, feels confident that the long wait won’t have been in vain.

“I was incredibly honored to be part of the phenomenon,” she says of nabbing the role of Ana’s roommate, Kate Kavanagh. “There are tens of millions of fans of Fifty Shades who are expecting us to get the film right, and I really think that we did. We expect that now, too.”

But for those worried the film will come across as a thinly-veiled skin flick, the actress stresses that director Sam Taylor-Johnson’s adaptation artfully captures the emotion at the story’s core.

“Ultimately, it’s a story about a relationship, and everyone has had a relationship that made them feel and experience things that they haven’t felt before. So that’s the heart of it,” she explained, adding, “I think everyone’s had relationships — maybe not S&M relationships — that in some way mirror Christian and Ana’s relationship.”

She also iterates that the film isn’t strictly about romantic relationships, either, saying, “It is a lot about friendship. Playing Ana’s best friend, Kate, I really get to see it from that lens, you know, that it’s about women supporting each other and being friends and, ultimately, being excited for each other when they’re falling in love.”

Still, starring in the film was “a ballsy move,” she laughs. But Mumford’s not one to shy away from controversial roles. In the real-time military thriller, Drones, which hits theaters tonight, the actress plays a drone pilot tasked with deciding the fate of a group of alleged terrorists with the touch of a button.

Fortunately, she has her family to back her plays. “My parents are incredibly supportive, thankfully, so whether it’s playing a drone pilot or playing Kate in Fifty Shades, they’re always incredible supporters,” she shared. “I’m very lucky.”

And although Mumford is staying pretty, well, mum on any other details of the movie, she reaffirms that she is “thrilled and honored” to be a part of Fifty Shades of Grey.

3 mins ago
by Daisy Maldonado