Zendaya sits down with SheKnows to chat about her new Disney film Zapped and her upcoming role in the Aaliyah biopic.

Zendaya might have scored one of the catchiest hits of the year with “Replay,” but her focus for the rest of 2014 seems to be on film. SheKnows sat down with the Disney starlet to get the goods on her brand-new Disney Channel original film Zapped and how she’s prepping for the role of the late singer Aaliyah in the upcoming Lifetime biopic.

“I think it’s a good family movie,” Zendaya says when asked why people should tune into Zapped, which airs on June 27 on the Disney Channel. In the film, she plays Zoey Stevens, a 17-year-old who takes to a new neighborhood after moving in with her new stepfather and stumbles upon the power to control her male high school peers courtesy of her cell phone application. Genius, right? And sure, it definitely sounds family-friendly, silly and, ultimately, caters to a young audience, but Zendaya is confident there’s an underlining story to the film that will hit close to home with just about everyone.

“At the end of the day, the underlining story is really real, and I think that’s something that a lot of people can connect with, dealing with change and having to be in a new school and a new environment.”

As for working with the film’s cast mates, Zendaya says that the “vibe was great” simply because all of her costars were Canadian. “I don’t know why, but I think Canadians are so great,” she admits. “They’re just so nice and friendly. Half the cast was Canadians because a lot of them were cast out there.” Zendaya also told SheKnows about a particularly gross moment on set, where an entire chocolate fountain falls on her. Now that might sound delicious, but the actress says it was a little less appetizing than you might think. “Chocolate’s one of my favorite things in the whole world,” she gushed. “I was totally down until I realized that it was some concoction they made that wasn’t necessarily chocolate. It smelled like soy sauce mixed with something else.” 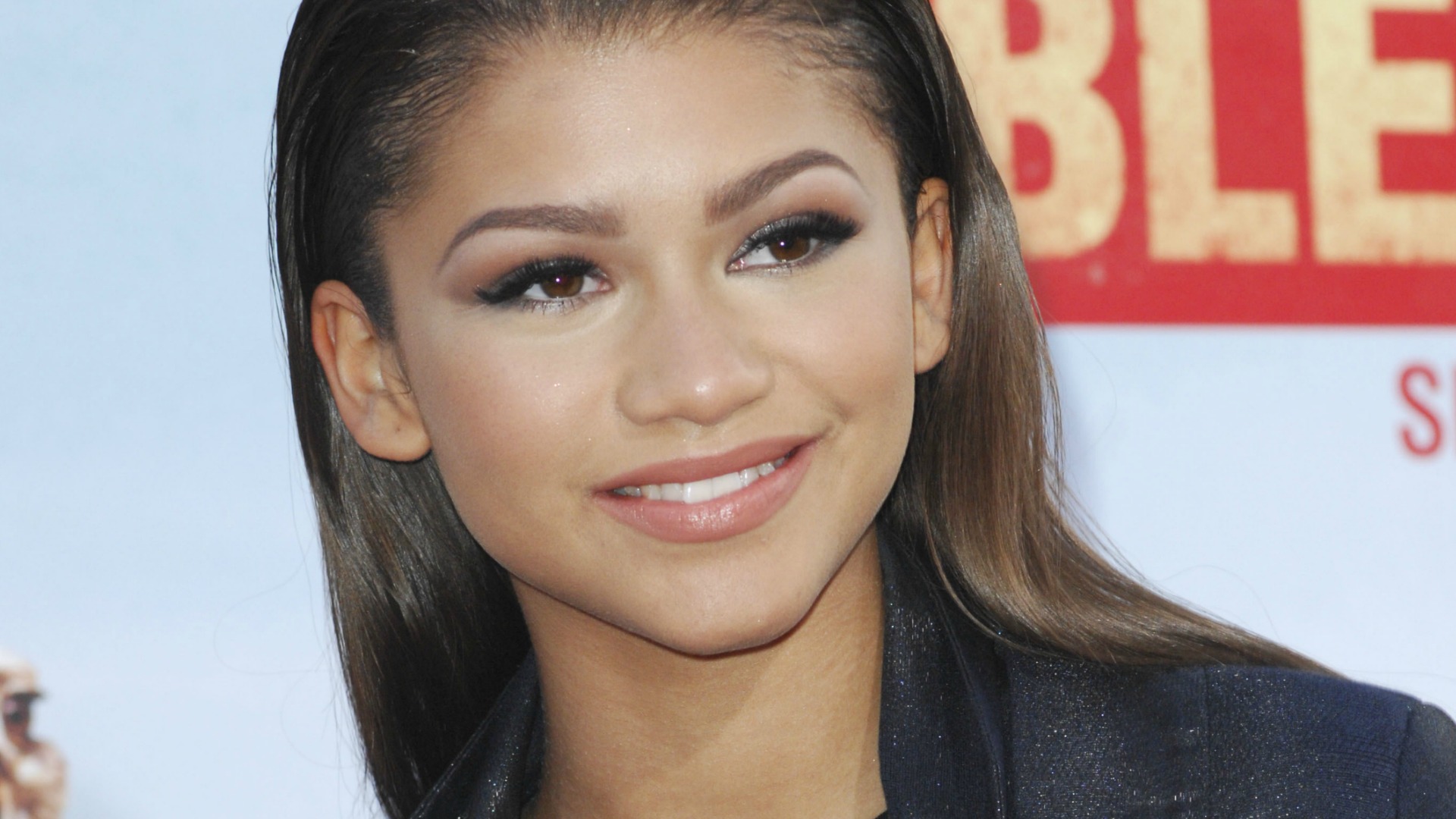 Another project Zendaya is making headlines for is her upcoming role as Aaliyah in Lifetime’s biopic on the icon, which is set for production later this year. Zendaya tells SheKnows she’s always looked up to Aaliyah ever since she was young and has discovered some “scary similarities” between the two. “I’ve been going back in our interviews and there are things that she says verbatim that I’ve said in my interviews, and it’s just crazy for me.”

Despite some negative press around her casting, it appears as if Zendaya is simply brushing it off her shoulders and keeping the focus of Aaliyah’s biopic solely on Aaliyah. “I think it’s about showing her in the best possible light and… letting people know who she was and what she was able to do in just 22 years.”

Zendaya has other things to worry about aside from the haters anyway, especially with the recent news that she’s the face of Madonna’s clothing line Material Girl. While she hasn’t talked to Madonna personally, she has exchanged a few tweets and messages on Instagram with the Queen of Pop. “Once Madonna knows who you are, you’re good to go!” Zendaya said.