The new E! reality TV show Botched showcases plastic surgery gone wrong. Here is why everyone should be watching this show. 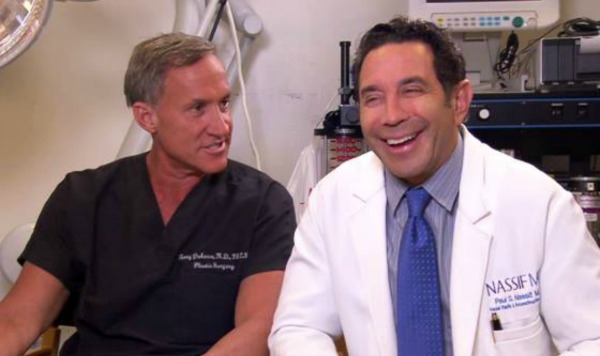 A dose of reality

Viewers of Botched will be surprised to find what is missing in most reality TV shows — reality. In the premiere, Beverly Hills, California, plastic surgeons Dr. Terry Dubrow and Dr. Paul Nassif agree to operate on Michelle, a woman who has had six prior nose jobs. Poor Michelle was left with something that would have made Michael Jackson recoil in horror. The doctors reluctantly agree to help but warn Michelle there is no guarantee. Immediately after her operation, Michelle begins to fuss about the results and takes issue with the shape of her nose. Dr. Nassif reminds Michelle she had no nose before, and that she needs to be happy with something she can breathe through. After a few weeks when Michelle has fully recovered, her nose looks amazing, and she’s thrilled with the results, but she had to be reminded several times that perfection was not the goal of her surgery.

The pros and cons of plastic surgery >>

That is one of the things about Botched that really works. Two men who make a living improving the human form have to remind patients that perfection is not the goal. Dr. Dubrow goes so far as to say that the key to successful plastic surgery is “managing the patient’s expectations.”

Our skewed perception of perfection

Botched does an excellent job of making negative examples out of patients who are driven to perfection. Alicia has what the doctors describe as the “worst case” of a botched boob job they have seen. After nursing her infant son, Alicia was displeased with the flatness of her chest — she went in to get breast augmentation and came out with a uniboob. Her chest was a disaster. Dr. Dubrow had to repair Alicia’s botched boob job in two surgeries, and even with all the complications Alicia has had, she keeps insisting she wants a larger chest than what Dr. Dubrow recommends. The surgeon remains firm in his insistence that she not go bigger than his recommendation, and the results are incredible. On more than one occasion in Botched, the patients push for some skewed and warped form of perfect, and the surgeons push back. Viewers are left with a healthier attitude about appearance and perfection.

Why I’m getting Mommy makeover surgery >>

One of the most shocking moments in Botched is when Justin, “the human Ken doll” wants Dr. Dubrow and Dr. Nassif to give him leg muscle implants. Justin has had 132 procedures, has designed many of his implants himself and has started to stay awake during his procedures so he can better instruct the surgeon on what to do. Anyone watching the show can see that Justin needs a psychologist or therapist to assist him with his skewed body image and possible addiction to plastic surgery way before he needs leg muscle implants. The surgeons, to their credit, refuse to perform the surgery. Dr. Dubrow said Justin’s excessive surgeries and implants could easily become life-threatening, and they refuse to be a part of it. It was refreshing to see that in our plastic drive for perfection there are still physicians who can draw the line on something other than human skin.