So many look-alikes, so little time. Perhaps the theme of Pretty Little Liars Season 5 will be individuality. Or lack thereof. 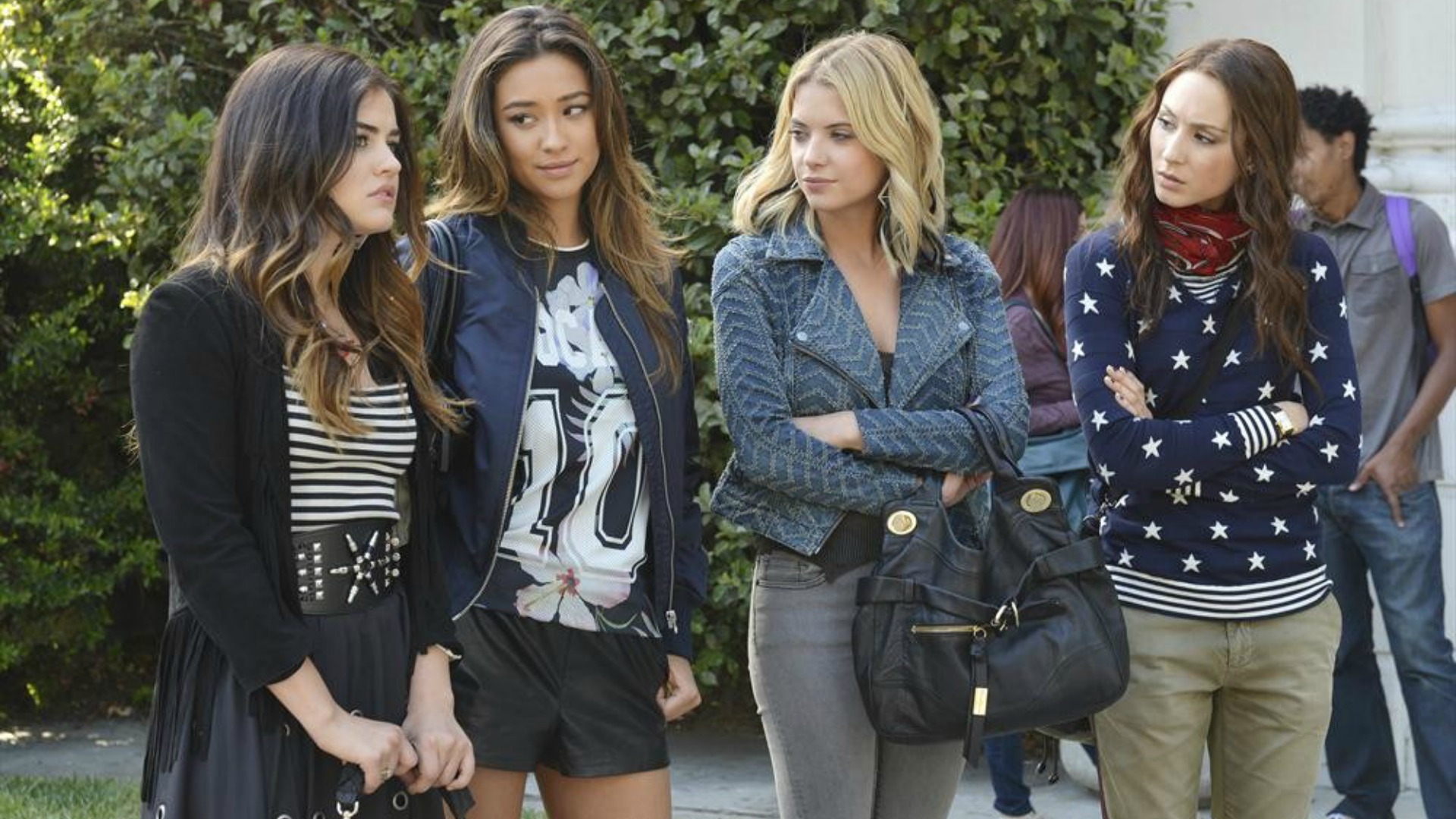 Mistaken identity was running rampant tonight on Pretty Little Liars, including and especially the identity of who actually killed Mrs. DiLaurentis. We thought we had a pretty good theory going, but after tonight’s episode, we’ll admit, we have no idea.

QUIZ: Are you a hard-core Pretty Little Liars fan? >>

Ali and her mom

Who wore it best, funeral addition.

Ali (Sasha Pieterse) decides to dig through her mom’s closet for something appropriate to wear to Mrs. D’s funeral. It was a nice attempt at trying to be closer to her mother, but Ali ended up choosing the same outfit Mrs. D wore to Ali’s funeral two years earlier. Yikes! Ali’s dad doesn’t take it so well. And thus the tone is set for our evening on Pretty Little Liars.

We thought we were onto something with Jason as the killer, but it appears the liars quickly jumped on that bandwagon and then cleared his name. Now they’re pointing the finger at a character we’d never expect: Mr. Hastings. Remember, Spencer’s (Troian Bellisario) dad isn’t just Spencer’s dad. He’s also Jason’s dad, which makes Jason Spencer’s half brother.

“You know what, dad, forget about selling the house. We can just put a koi pond out back. Somebody already dug a hole,” Spencer tells Mr. Hastings accusatorially.

The family dynamics in this show continue to get more and more twisted. We don’t think Mr. Hastings is the killer, but he does have a secret, and Melissa is in on it. Melissa wanted to tell Spencer tonight, but her father quickly silenced her.

What could it be? The only thing we can think of is the elusive “twin” theory again, which fans have been getting from the books. Maybe Jason has a twin instead of Ali in the TV show?

Emily and her stalker

When new student Sydney can’t stop staring at Emily (Shay Mitchell), Emily confronts the girl. Turns out, she couldn’t care less about Ali and is much more interested in Emily’s swim savvy. She plays it off like a fan girl who just wants to learn from Emily, but we think maybe there is more to this girl than meets the eye. Come on, it’s Rosewood, so she’s gotta have some secrets up her sleeve.

“Yeah, all the time,” Spencer replies sarcastically. “They grow on trees like coconuts just waiting for you to walk under them.”

He’s back! 5 Ways Caleb could return to Pretty Little Liars >>

Mona (Janel Parrish) gave Hanna (Ashley Benson) the “Ali upgrade” back in the day, but now that Ali is back in Rosewood, Hanna is questioning her makeover all those years ago. Through flashbacks, we see her transformation come to life. It’s a transformation Hanna comes to regret throughout the episode.

“I’d still be me,” Hanna says when she confronts Mona about the makeover, expressing her regret.
“And who remembers her? Not even you,” Mona replies. Ouch.

Hanna heads to the hair salon for a makeover that’s all her own. (*gasp*) Could it be that Hanna is going brunette? Or perhaps she is just feeling a different shade of blond that doesn’t match Ali’s shade.

Ali and someone behind the glass

While Hanna is getting her mini makeover, Hanna-style, at the hair salon, Mona watches the transformation unhappily from behind a foggy piece of glass. Another person, who looks potentially like Alison, joins Mona in the viewing fest.

Who do you think Mona is speaking with at the end of the episode? Do you think Mr. Hastings killed Alison?