The final season of True Blood is here, but not even all of the characters are sticking through until the end. Should you? Here’s our take on the Season 7 premiere. 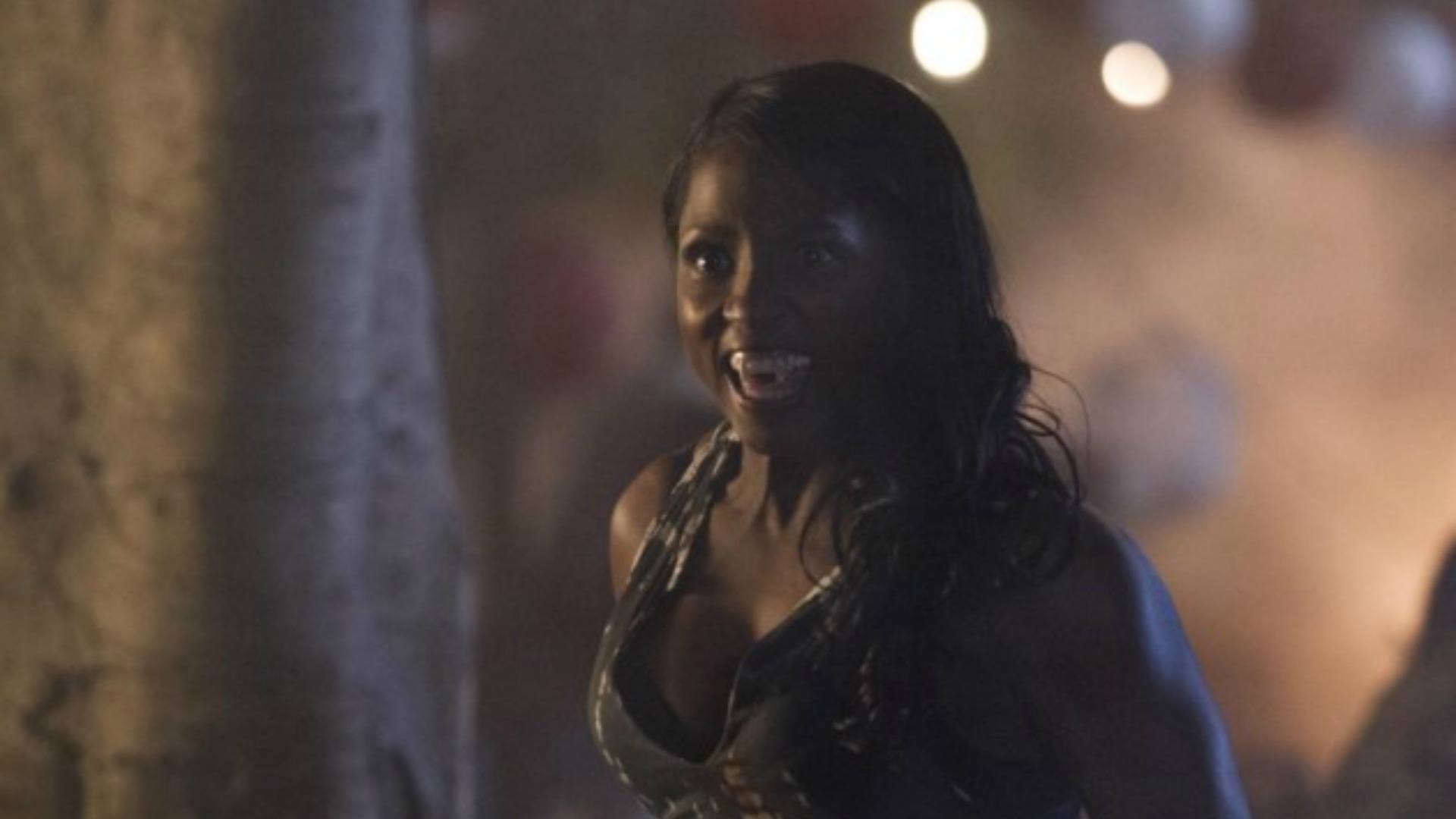 The time has come for True Blood to wrap up its story line, and we’re just hoping for something even remotely better than the Dexter series finale. Though True Blood seems to be suffering from the same illness as Dexter in its final days: floundering character development.

WARNING: Do not continue reading unless you want major spoilers from the Season 7 premiere of True Blood.

First on the chopping block is Tara. Her character should have been axed when Debbie shot her back in Season 4. That was a valiant way to go instead of being brought back as a vampire. Now, we don’t even get a decent death scene for her. She’s just a mess of blood all over her mother, and that’s that. Or is it? We also didn’t see Pam react to feeling the loss over her progeny. Perhaps Tara isn’t really gone yet after all?

Honestly, we really don’t have any empathy left for Tara. Sure, her relationship with Pam was kind of, sort of interesting for a few moments last season, but let’s be honest: Pam and anyone is interesting. She continues to be one of our favorite characters.

And Pam’s on a mission. She’s off scouting for Eric (Alexander Skarsgard), which leads her to Morocco and a nasty game of Russian roulette. Not really sure what’s the point of that other than more blood and more snarky Pam, but she won, at least, so on to the next quest to discover information about her maker. We’ll take all the Pam snark we can get this season.

On the other hand, let’s talk about those pesky Hep V vamps for a second. Maybe I’m trying to make sense out of an illogical occurrence, but I thought the whole point of the mutating virus was that it turned the vampires into zombie vamps who didn’t have any rhyme or reason except to feed and kill? Apparently, that’s far from the case since they’re organizing at the now deserted Fangtasia and holding Holly and Arlene captive, which just sounds like usual vampire shenanigans to us, really.

Meanwhile, Bon Temps is falling to pieces. Not only is the town divided between vamps and the Hep V vamps, but the humans are sectioning off as well between the faction that wants to work with the vampires and the faction that just wants to kill them all. Oh wait, that just sounds like normal True Blood shenanigans, too, doesn’t it? But the appearance of the Hep V vamps suddenly means everything, including the humans, are more extreme.

“Morning is coming,” the priest says at the end of the episode as Sookie (Anna Paquin) and Alcide (Joe Manganiello) enter the church. I can’t be the only one who thought, “No, dude, winter is coming,” when I heard this quote. Geez, True Blood, get it right. Happy times aren’t on the horizon. White Walkers (aka Hep V vamps) are headed our way.

OK, now we’re really getting our shows crossed. But, well, the reference just couldn’t be ignored. Maybe if True Blood takes a few pages from Game of Thrones instead of Dexter, there’s some hope for the final season.

For now, Lafayette summed up our experience watching the premiere perfectly when he said, “I don’t feel nothin’ inside.” Here’s to hoping True Blood can spur some emotions for all of us in Season 7.

What did you think of the True Blood Season 7 premiere? Will you keep watching?