Meet Lydia Hearst, an actress whose foray into the horror genre has gotten her decapitated, stabbed, strangled, thrown from a moving car and, now, infected with a flesh-eating virus. We sat down with her to find out how she’s lived to tell all these crazy tales. 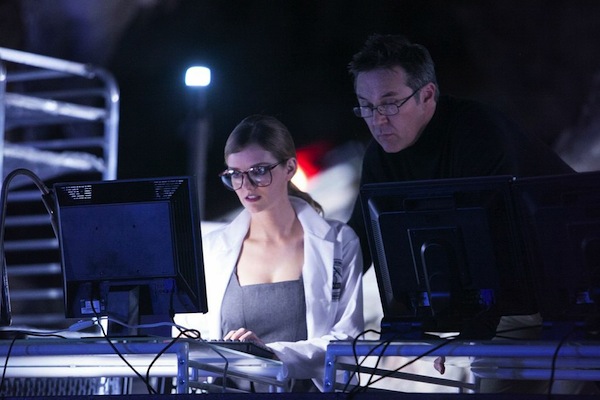 Doe-eyed Lydia Hearst admits she was a huge fan of the horror genre even before making Cabin Fever: Patient Zero. “I absolutely love horror films; I’m what you’’d call a horror movie fanatic!”

The Conjuring movie review: Got demons?

In the movie, Hearst plays Bridgett, a medical researcher helping to develop a “virucide” to combat a disgusting flesh-eating virus that is gruesomely killing people. In addition to eating a person’s flesh, the virus causes the human body to bleed out and projectile vomit. Early in the film, Bridgett gets showered with vomit by an infected man in a truly gut-wrenching scene. We asked Hearst if the experience was as nasty as it looked.

“We were having a lot of fun rehearsing the scene out of costume and without the vomit. Then, there was that moment in production when it all became very real. When you see me getting vomited on and I’m screaming and I’m trying to run out of the room, there’s that genuine moment of real fear. But it just added another layer of fun to it, I loved it!”

In fact, there was so much fake blood on the set, Hearst slipped and fell as she ran out of the scene. “They cut [the shot] out of the film, but hopefully, there will be a director’s cut with a bonus section where you can see how it all played out in reality,” Hearst said. 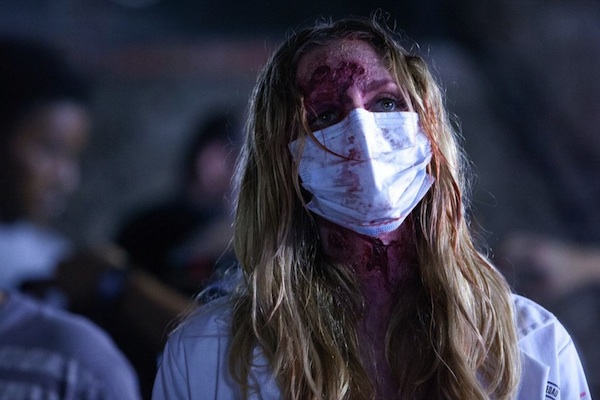 “I thought it was funny. You have to sort of take it with a grain of salt and you can’t take yourself too seriously when you’re working on any project. You have to embrace the moment and breathe life into the character and have fun,” she said. We like her attitude.

On top of getting bludgeoned by a sex toy, it’s her BFF in real life who did the bludgeoning.

“Jillian [Murray, who plays Penny in the movie] is one of my best friends, so we had a lot of fun. It’s not often that best friends get to kill each other.”

Lydia is the daughter of Patty Hearst and the great-granddaughter of famed newspaper mogul, William Randolf Hearst. But the actress asserts she had a “relatively normal upbringing” adding, “My parents instilled an extremely strong work ethic in me, which I appreciate.”

Cabin Fever: Patient Zero is available on VOD June 26 and is in theaters August 1.