He is a convicted felon, but also an internet hottie. Take a look at some of the best memes created on social media for Jeremy Meeks.

It’s not often that a mug shot of a regular citizen goes viral, but that is exactly what happened in Stockton, California. Jeremy Meeks was arrested, along with four other gang members, as a part of a sting called Operation Ceasefire.

The city was dealing with a rise in robberies and shootings and the convicted felon was allegedly a part of those series of crimes. While he has insisted he is innocent, he is also enjoying his 15 minutes of fame.

He told the local ABC affiliate in Sacramento, “Well I appreciate [the attention], but I just want them to know that this is really not me. I’m not some kingpin.”

Meeks’ hot mug shot has inspired memes all over the internet. If he’s found not guilty and released, it looks like the internet is ready to give him a job in fashion or in Hollywood.

Take a look at some of the best memes:

Instead of an orange jumpsuit, perhaps Meeks could don one of the Italian designers’ luxury suits while behind bars?

This might be the best fit for the jailed father of one. He fits perfectly into the world of Calvin Klein and Hugo Boss. He might be walking the runway soon if the internet keeps promoting his fake modeling career.

Instead of the usual Twitter hashtag of #FF or Follow Friday, the social media scene has created a new hashtag, #FCF or Felon Crush Friday. They could feature a new hottie convict each week.

Taking the Ryan Gosling Hey Girl meme to a whole new level, someone decided that First Lady Michelle Obama should get in on the act. She found a new man for crush-worthiness.

SheKnows even put together a list of “Hey Girl” memes. See the rest of them here. 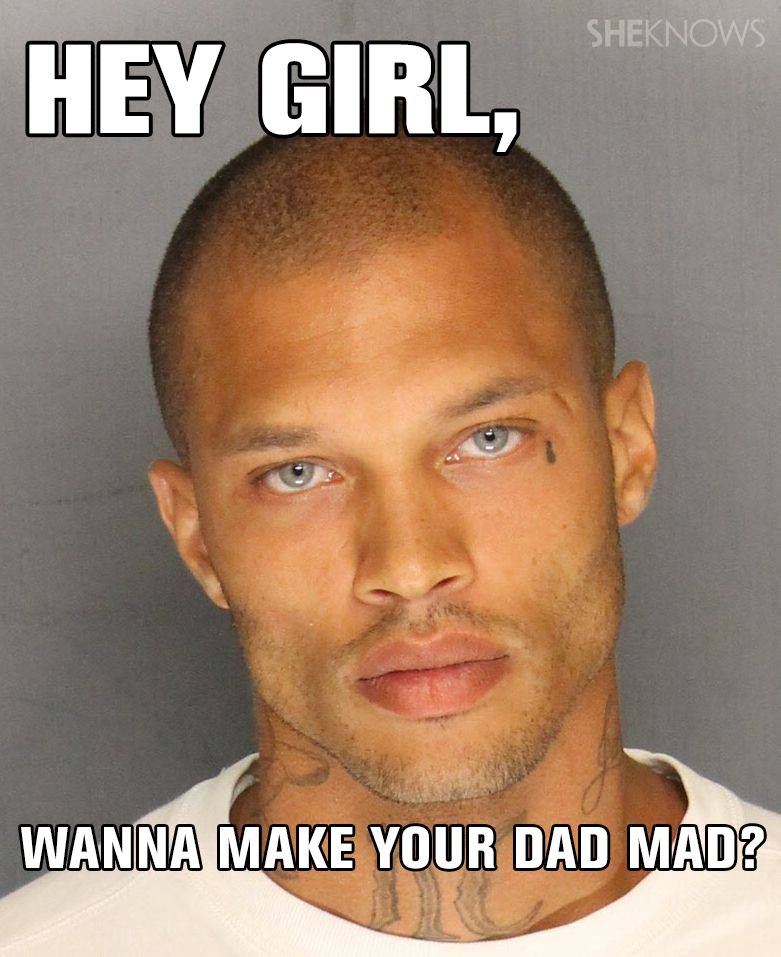 5. Orange Is the New Black

The internet discovered all of the spoilers for Season 3 of the hit Netflix series. Instead of focusing on Piper and Crazy Eyes, the show heads to a men’s prison featuring the handsome Meeks.