HBO announced today that they’re bringing Beyoncé back to their network for an exclusive 10-part series. Obviously, we’re thrilled. But don’t get too excited yet. We’re not talking whole show-length episodes or anything.

The Carter family speaks out about elevator fight >>

In what has to be the biggest crime against humanity in weeks days today, Beyoncé’s HBO show, Beyoncé: X10, will only come in five-minute spurts. In other words, the entire 10-episode “series” is only 50 minutes long. Is it just us or does this feel less like awesome news and more like that time we waited two years for three episode of Sherlock? In essence, each “episode” will feel more like a five-minute commercial that runs prior to each episode of True Blood. That means that if you want to see it, you’ll probably need to figure out how to manipulate your DVR settings for True Blood and have it start recording the show five minutes earlier. Seeing as how once you set a series to DVR it feels nearly impossible to manipulate it, chances are the vast majority of us will never actually see the episodes. 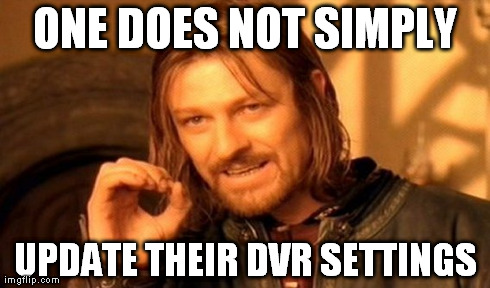 There is one pretty awesome aspect of this series, though. Each five-minute episode is a cut of her performances from her last tour, The Mrs. Carter Show World Tour. If you happened to be at one of those shows, feel free to spend hours rewinding and scanning for your face among the throngs of people. We’re sure you’re there somewhere.

VIDEO: Beyoncé’s “Partition” video shows us how to be sexy? >>

This is also a great chance to see the tour if you couldn’t afford the hefty ticket price. HBO says we should expect performances of “Blow/Cherry,” “Drunk in Love,” “Ghost/Haunted,” “Flawless/Yoncé,” “Get Me Bodied/Baby Boy/Diva,” “Girls,” “Heaven,” “Partition,” “Why Don’t You Love Me?” and “XO.” We wonder if she keeps her clothes on for “Partition” or if she’ll recreate that super-cray music video.

For more TV and music news, sign up for our newsletter >>