New show, old mysteries. Before the Girl Meets World premiere, stars Ben Savage and Danielle Fishel tackle the unanswered questions from the past.

The premiere of Girl Meets World may be right around the corner, but we still have some unfinished business with Boy Meets World first. Luckily, we chatted with stars Danielle Fishel and Ben Savage, who are reprising their iconic roles as Topanga and Cory for the new spinoff, which premieres June 27 at 9:45/8:45c on The Disney Channel.

It’s been over a decade since Boy Meets World ended its run, but we’ve still got some questions we’re hoping Girl Meets World will address.

First thing we wanted to know was who did Corey meet first, Shawn or Topanga? Both Fishel and Savage agreed Shawn was the first.

When we asked Fishel and Savage how many siblings Shawn actually has, that got a laugh out of both of them.

“I don’t know for sure. I know we mentioned a sister in, like, Season 1, and then we never heard about her again,” Fishel said, trying to think. “And then there was Jack and Eddie… I don’t know! I guess he has three? I don’t know. Who knows. Continuity on Boy Meets World was not the most important, apparently.”

And what about Topanga’s sister Nebula?

Fishel hopes we haven’t seen the end of her. “Nebbie Stop-the-War Lawrence. We need to bring her back! She had great hair. She was adorable. Yeah, I’d like to see her come back, maybe.”

“These are all things we’re going to have to explore in the new show,” Savage said. “You know what, it’s funny, because we’re doing the show and we’re exploring a lot of the things that we dealt with in Boy Meets World, but apparently there’s some loose ends that we have to work on.”

Speaking of loose ends, with a creative name like Topanga, we can only imagine what her middle name is. And imagine we do since the show never gave us a solid answer.

“I think I’ll have a secret middle name I don’t tell anybody,” Fishel continued.

Now that Cory and Topanga are happily married in Girl Meets World, we wanted to know the moment Cory actually fell in love, since they’ve known each other since they were small children. 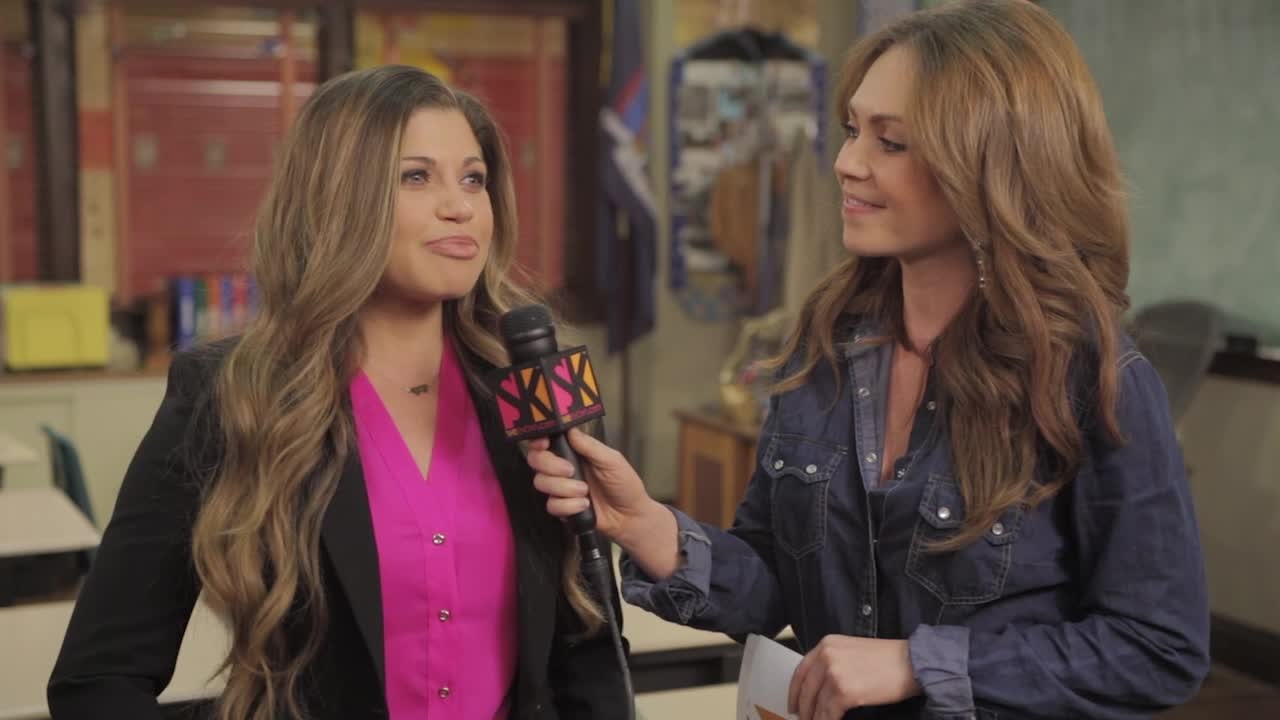 “I don’t think even Cory knows,” Savage admitted. “I think that it was just a gradual progression. He thought she was weird when they were little, and then, eventually, he slowly started to like her and then, you know, I think you saw glimpses of it early on, that these two were kind of destined to be together. And over the course of seven years they fell in love, married and formed a really important bond.”

“I think it was probably the moment she kissed him against the locker,” Fishel said. “I think that was the first time he really realized he loved her. It was their first kiss. I don’t know. They also — they supposedly met when they were 2 in a playground. But the first time you really saw her was in the classroom.”

Now Cory has another girl in his life. We’re talking about his young daughter, Riley. Cory was always quirky, but Girl Meets World is taking it to another level. “I think his pet peeves are anything that is possibly a threat to his daughter staying pure and wonderful and 12,” Fishel told us. “Anything that makes her not be 12 or 13 anymore is what he’s the most neurotic about. He’s definitely an overprotective father.”

We think that sounds about right.

As for good old Mr. Turner and his full body cast, Savage said we’re going to have to watch to find out if he ever got out of it. “That’s another TBD. We’re going to find out. Stay tuned.”

Don’t worry, our DVRs are already set for the premiere.

Will you be watching Girl Meets World?