Hilarious, heartbreaking and edgy, with a shocking twist, Abdi Nazemian’s fiction debut, The Walk-In Closet, provides a glimpse into the lives of the Iranian-American elite. We asked the screenwriter of The Quiet, Celeste in the City, Beautiful Girl and the short film Revolution what sparked the inspiration behind his characters. 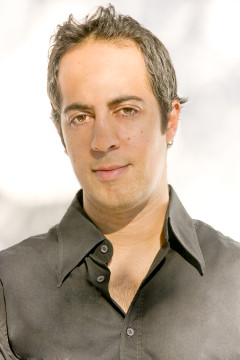 SheKnows: What was your biggest inspiration while writing The Walk-In Closet?

Abdi Nazemian: I was inspired by all the novels I read that lovingly brought cultural communities to life, like Jhumpa Lahiri’s The Namesake and Amy Tan’s The Joy Luck Club. And while I found many phenomenal books about the Iranian experience (especially Marjane Satrapi’s Persepolis, which is an awe-inspiring work in print and on film), I didn’t see anything representing my experience as an Iranian-American gay man. I really wanted to tell the story of the intersection of these two identities, and oddly enough, Kara, a straight white female, became my entry point into the story.

SK: Why did you choose to write your book from a female perspective?

AN: With very few exceptions, every story I have told has come from a female perspective. My therapist may have a better answer, but perhaps it has something to do with growing up gay in a heterosexual world. As a child, my points of identification in books, films and music were always women. I still prefer reading books about women, seeing films about women and hearing female singers, so I suppose it’s natural that when it comes time for me to create my own stories, I enter them from a female perspective.

SK: How did you master the female voice for the book? What resources/research did you do?

AN: The majority of my friends are women, so luckily I have a wealth of resources to draw from on a daily basis. This novel deals specifically with the deep friendship between a straight woman and a gay man, and part of digging into this relationship was asking myself what the similarities and differences between the two characters are, especially when it comes to dating and sex. I asked myself whether the lead character, Kara, could have sex like a gay man. Researching this included chats with friends, as well as tours of online dating and hookup sites. Ultimately, I came to the conclusion that Kara cannot have sex like a gay man, but you can read the book to see her trying.

SK: What was the biggest challenge you faced writing in a female voice?

AN: The biggest challenge in creating Kara’s voice had less to do with her being female, and more to do with her being an outsider in the Persian culture she is writing about. I was born in Iran, and grew up entrenched in my own culture, so it was a challenge to write from the perspective of someone experiencing the culture from the outside. This was so much fun, though. Kara allowed me to rediscover my own culture, and led me to appreciate its sounds, tastes and traditions anew.

SK: What is your favorite scene in your novel?

AN: I don’t know that I can pick a favorite, but I still get a kick out of the scene where Kara finds a letter in her freezer that had been written years earlier by her ex. Maybe it’s because this exact incident happened to me, and I always thought there was something depressingly poetic about a breakup letter sitting in a freezer for years.

SK: If you could cowrite a book with any author, who would it be?

AN: Oscar Wilde. But let’s be honest, I’d make him write the whole book and take half the credit.