Tori Spelling’s personal life has certainly been going through some serious ups and downs recently, but luckily it looks like her career might be heading for a new high.

Spelling is starring alongside her old Beverly Hills 90210 alum Jennie Garth in the new ABC Family comedy Mystery Girls. The show centers on former friends Charlie Contour (Garth), a suburban housewife and mother, and Holly Hamilton (Spelling), an actress who longs for the good old days when she was starring with Charlie in a ’90s show called (you guessed it) Mystery Girls. Both of the girls find their lives disrupted when Mystery Girls mega-fan Nick (Miguel Pinzon) witnesses a crime and will only speak to his TV heroes, forcing the ladies to reunite and put their TV crime-solving skills to the test.

Personal drama aside, if you follow Spelling on Twitter or have checked out her websites and books, then you know she’s all about promoting family and fun. From the previews, it looks like this new series falls right into her wheelhouse.

Will the new series help Spelling move on after all the emotional trauma she’s suffered recently? Only time will tell, but it looks like it’s off to a good start.

Want to know more about Mystery Girls? Check out the preview.

In a photo from the show, Holly (Spelling) answers the phone at the new detective agency. 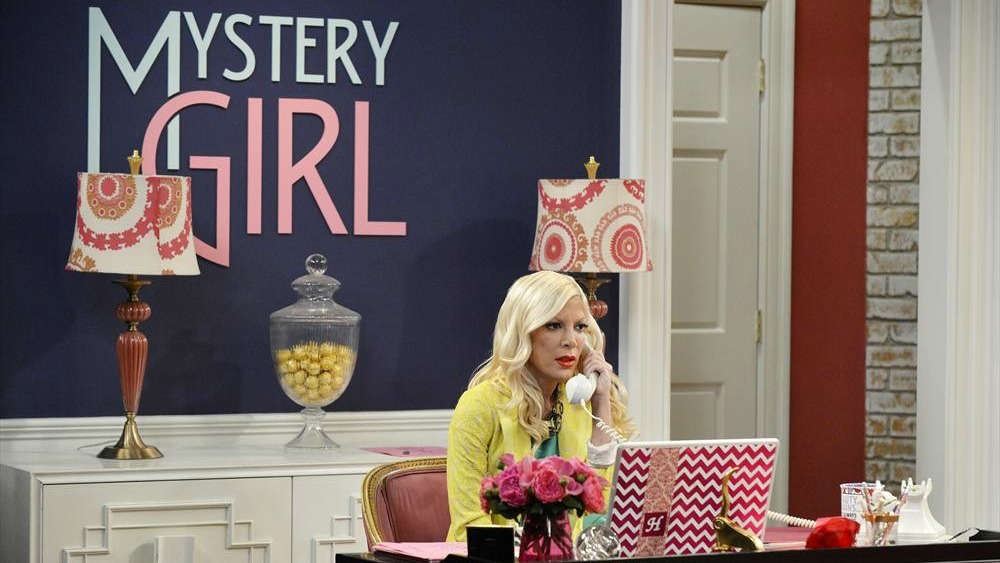 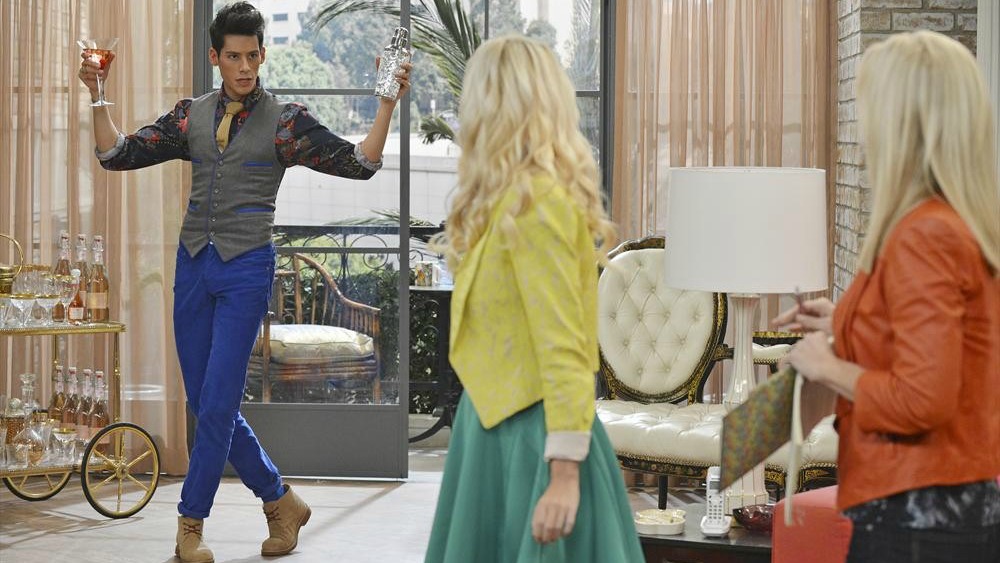 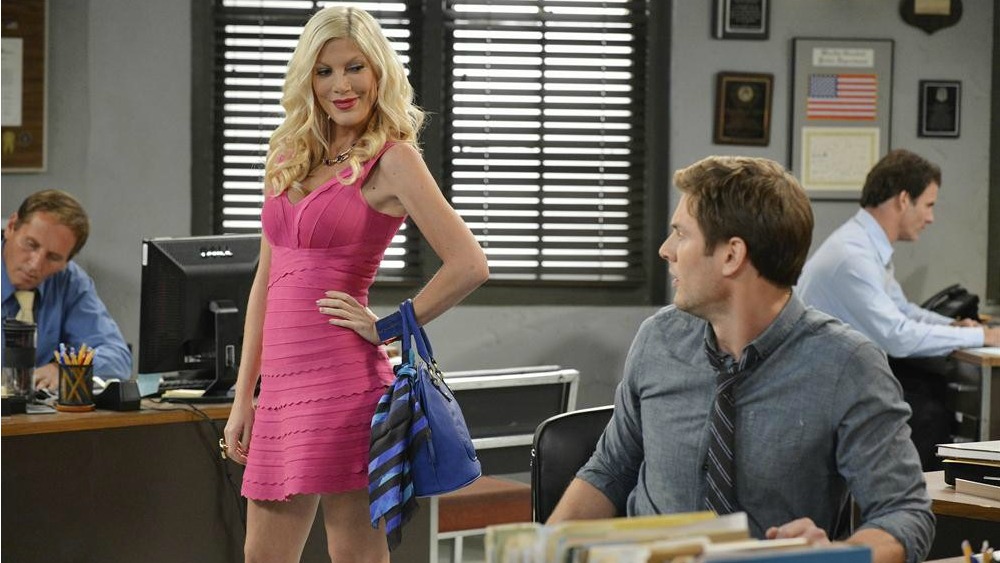 Where did Holly get those pink, fluffy handcuffs? 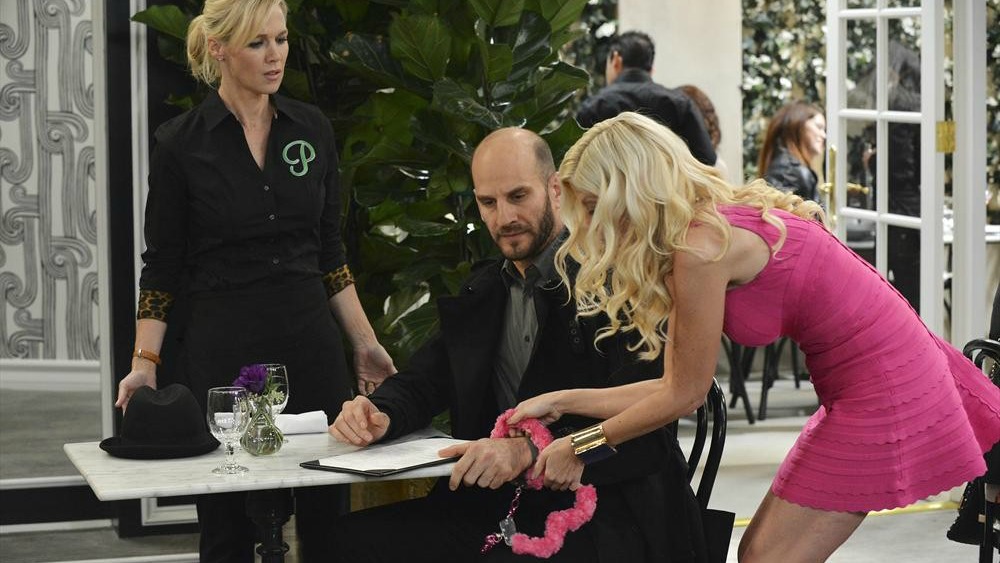 Charlie will do whatever it takes to catch the bad guy. 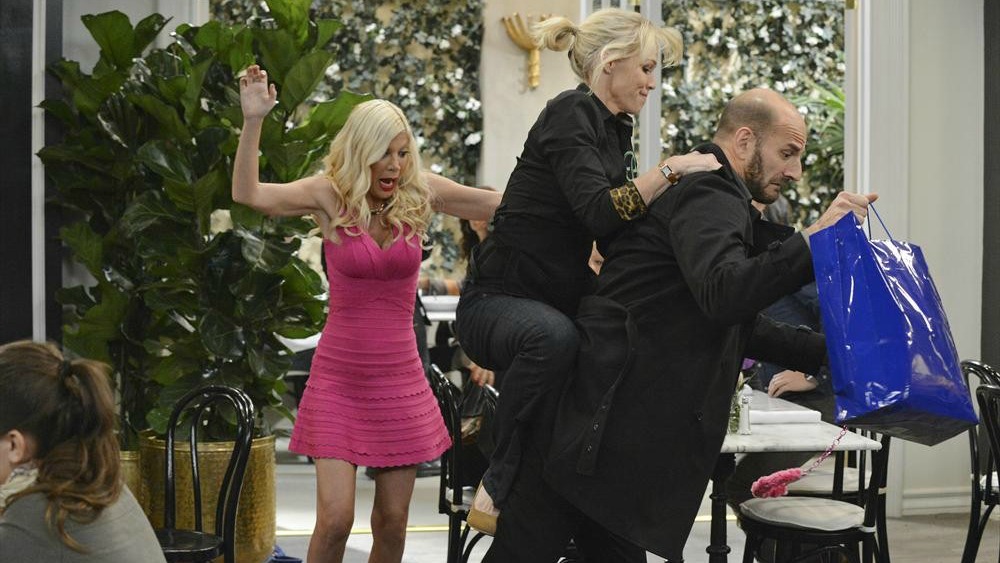