Lifetime has officially tapped Disney star and singer Zendaya to play Aaliyah in its upcoming biopic Aaliyah: Princess of R&B. The made-for-TV movie will tell the story of Aaliyah’s meteoric rise to fame before dying tragically in a plane crash at the age of 22.

The movie is an adaptation of the best-selling biography Aaliyah: More Than a Woman.

Zendaya took to Twitter today to voice her excitement for playing the role of the talented R&B star.

She’s been an inspiration and influence in my whole career, her talent still shines brighter then ever, all I wanna do is honor her

We happen to think the casting is perfect. Check out just how much the two women have in common.

Aaliyah signed her first record contract at the age of 12, working with such mentors as R. Kelly (although it was reported that the two wed when Aaliyah was just 15), Timbaland, and Missy “Misdemeanor” Elliot.

Zendaya signed on to the Disney Channel series Shake It Up when she was only 13. Growing up in the spotlight is something only other child stars can fully understand. And if you don’t believe us, just check out this article Mara Rooney (Matilda, Mrs. Doubtfire) wrote for Cracked.com.

Aaliyah’s family is not happy with release of posthumous song >>

While she may not have Aaliyah’s sultry sound, Zendaya is very much a singer, which is good since she will reportedly be recording four songs for the biopic. 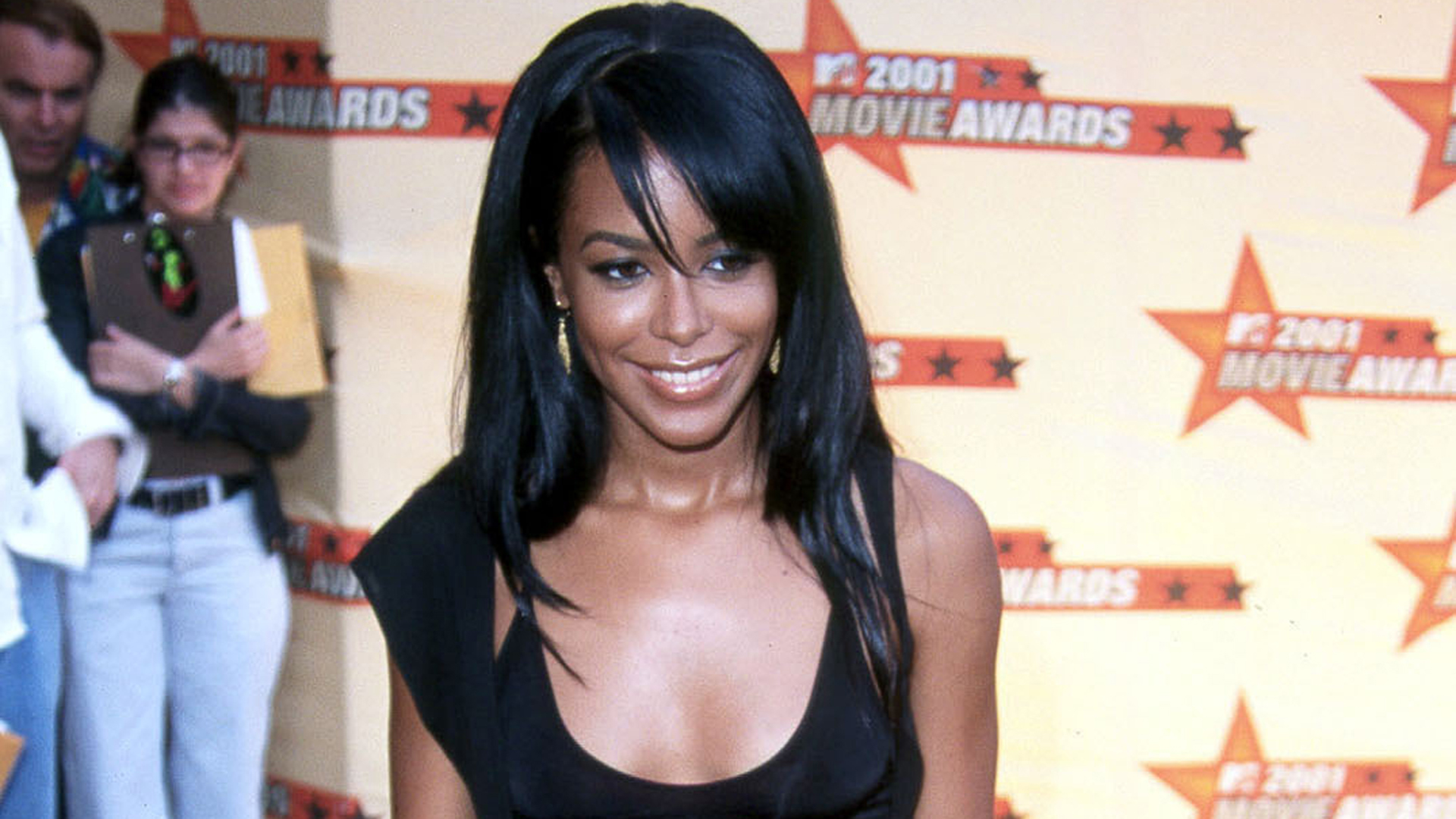 Aaliyah’s full name was Aaliyah Dana Haughton, but why use your full name when one will do? Fans were so taken with the soulful singer that any mention of the name Aaliyah still brings her to mind.

Zendaya’s given name is Zendaya Maree Stoermer Coleman, but she’s recently begun going by just her first name as well. Only time will tell if she achieves the kind of artistic recognition a one-name moniker demands.

Aaliyah attended Detroit High School for the Fine and Performing Arts as a dance student, releasing her sophomore album while she was still enrolled.

Zendaya attended Oakland School for the Arts, doing additional study in the Cal Shakes Summer Shakespeare Conservatory and at the American Conservatory Theater.

Both competed on talent shows

Although Disney has kept Zendaya pretty busy these past few years, the young singer is probably best known for her impressive dance moves on the sixteenth season of Dancing With the Stars. At just 16 years old, Zendaya was the youngest person to have been on the show, and yet she and partner Val Chmerkovskiy managed to dance their way into second place.

But before Dancing With the Stars, before American Idol and The Voice, there was Star Search — where young girls dressed like 30-year-old women and sang Broadway tunes for Ed McMahon. Many, many popular artists today have Star Search pasts, and Aaliyah is no exception. Check out the video of her singing My Funny Valentine below.

Will Zendaya make a good Aaliyah? Let us know what you think in the comments below.