The Powerpuff Girls are set to relaunch with a brand-new series in 2016. Here’s why even the adults among us should be thrilled with the news. 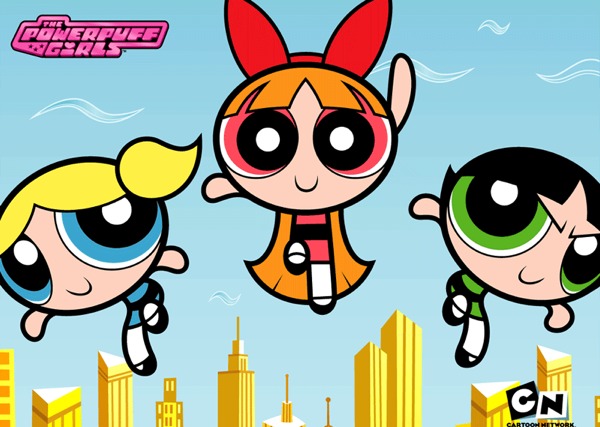 After 10 years off the air, the Powerpuff Girls are kicking their way back onto the small screen. Cartoon Network’s Rob Sorcher broke the news that in 2016, we can expect to see Bubbles, Blossom and Buttercup in all their glory. Fingers crossed that they’ll be bringing Professor Utonium and Mojo Jojo along with them.

Why should this matter to the grownups among us?

The Powerpuff Girls have an origin story not entirely unlike the Teenage Mutant Ninja Turtles. Professor Utonium set out to create “three perfect little girls” made out of sugar, spice and everything nice — everything, in other words, that little girls are told they’re supposed to be, every expectation they’re meant to live up to. Instead, a freak lab accident means the girls are created out of sugar, spice, everything nice… and a healthy helping of Chemical X. The girls that Professor Utonium created in the end were something better than “perfect.”

They were just regular girls.

Granted, they also had superpowers — they could fly and fight; they had heat vision and incredible strength — but that’s not what made them so special. Bubbles, Blossom and Buttercup all had deeply distinct personalities. They were three very different types of little girl. Blossom was the one in charge: logical, sensible, pragmatic, a natural leader. Buttercup was fierce, independent, the muscle of the group who never minded a good fight. Bubbles was the dreamer: happy, sunny and sweet. Three extremely different girls, three extremely different ways to be… and the show presented all of their personalities as equally worthwhile. There was no one right way to be a girl. Buttercup couldn’t have been “everything nice” if her life depended on it, and while Bubbles was capable of kicking butt alongside her sisters, “spice” was never going to be the tool she used to handle problems.

Girls get told over and over again how to behave. We can’t be too mean, we can’t be too nice, we can’t let ourselves get walked all over, but we can’t be too pushy, either. Girls who cry are too sensitive; girls who like sports are too boyish. It’s not just that Bubbles, Blossom and Buttercup are great because they’re strong enough to battle monsters and protect the citizens of Townsville; they’re also strong enough to be themselves, and the simple act of doing that is such an amazing message to send to children watching at home — boys and girls alike.

The show also demonstrated an amazing attitude toward breaking down stereotypical gender roles. In the episode “Members Only,” a contingent of male superheroes from the Association of World Super-Men try to give the girls a talking-to about leaving the business of heroics to grown men. The girls can’t fathom why, and Major Glory, the spokesman, attempts to break it down: “There are certain roles for men and certain roles for women, right? Let’s take your family, for example. Who goes to work and brings home the paycheck?”

“Our dad,” the girls chorus… and explain that their dad is also responsible for the laundry and baking cakes and cooking dinner. Major Glory becomes visibly irritated and demands to know, if that’s the case, then who’s in charge of the manly tasks, like mowing the lawn and washing the car?

“Bubbles!” her sisters crow proudly, and they explain that they don’t have a mother. They get by just fine, three girls and their single dad. In one episode, the Powerpuff Girls let the audience know that a family’s a family, no matter what it looks like, and there is no such thing as “boy” jobs and “girl” jobs.

The Powerpuff Girls was never preachy, never obvious or over-the-top with its message. Instead, it presented these things as simple facts: boys can bake cakes. There’s more than one way to be an awesome girl. Single dads can do a great job.

And most importantly, even a little girl can be a giant hero.