Need proof that reggae is alive, well and very much a needed part of Top 40 radio? Look no further than SOJA and the message they have for the world around them. 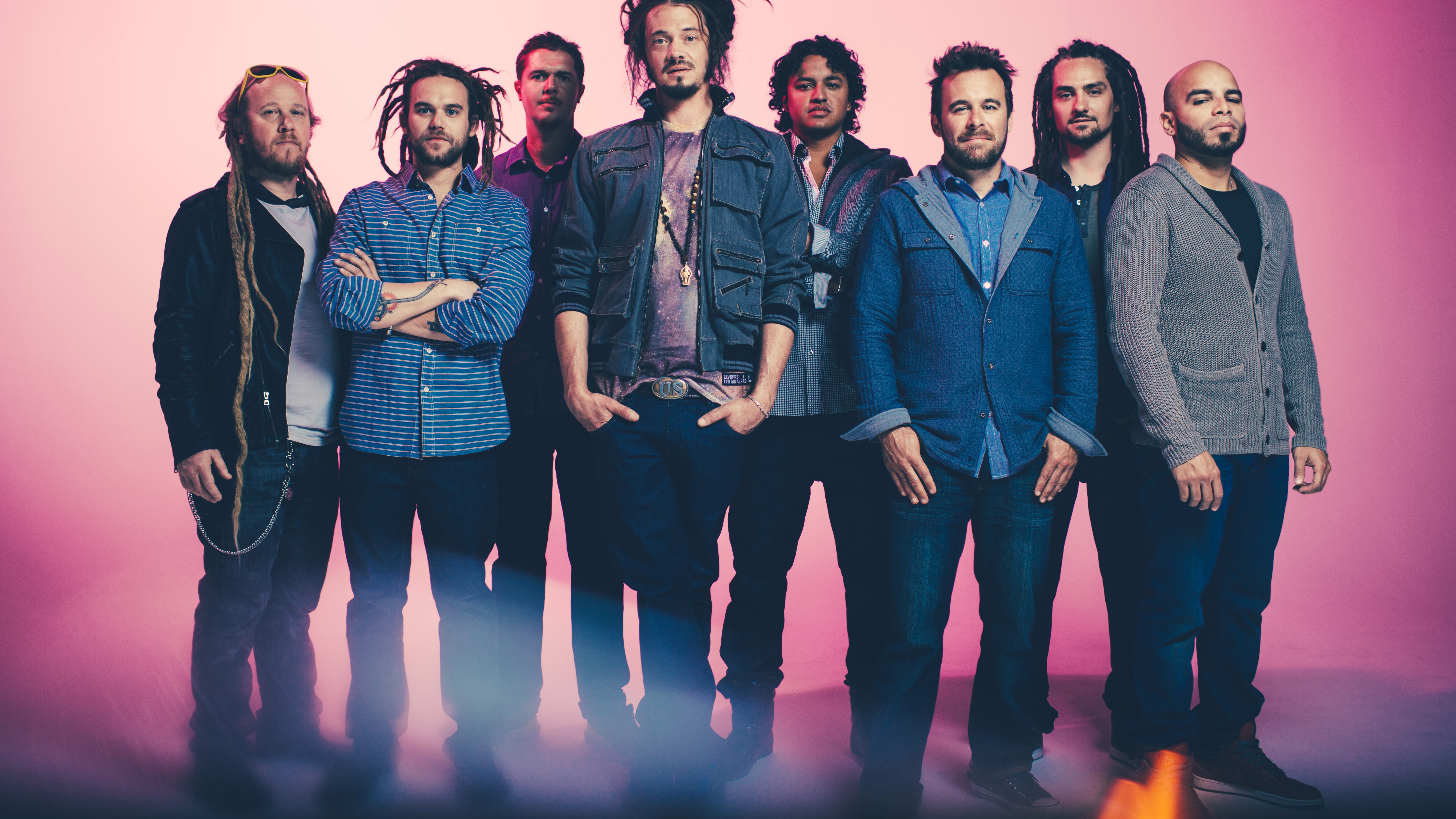 When you think reggae, what do you think of? Bob Marley, right? But where else does your mind go? Probably not to Virginia or, really, anywhere in America. When you think reggae, you think of Jamaica, but Marley preached more than just mellow beats. He believed in all-encompassing love, and his mission didn’t die with him. It lives on in his son and a wide range of followers, familiar and otherwise. One such group of Marley fans is SOJA. Yes, they’re from Virginia. But, as lead vocalist Jacob Hemphill likes to point out, it sounds more fitting if you just refer to them as a “politically, environmentally and socially driven group from the Washington D.C. area.”

Still in love with Ziggy Marley’s “What a Wonderful World” >>

That driven group of individuals has a bright future ahead, but they’re using the past to keep them headed in the right direction. SOJA’s new single, “I Believe,” features Michael Franti and Nahko, and it shares the band’s message perfectly.

“‘I Believe’ is about the ways we have as individuals to take our lives under our control,” Hemphill shared. “Do we spend the rest of our lives always wanting more, always following the carrot, or do we find a way to be happy with ourselves?”

That’s a universal message we can get behind and one of the many thoughts that weave themselves into reggae music. Franti especially was all over Top 40 radio a few years ago and preaches that very message, which is why Hemphill said Franti and Nahko were both perfect for the collaboration: The musicians share common views.

“We’re all trying to do the same thing that Jamaicans were trying to do in the ’70s: change the world,” Hemphill explained. “That’s always been, at least to me, the main point of reggae — ‘Hey, this is f***ed up, but hold on — we can fix it, together.”

Those views and messages are what unify the reggae musicians who have surfaced, from one end of the globe to the next. Listening to Top 40, you may not always pick up on the reggae sound, but Hemphill promises it’s there if you listen closely.

“You actually do see reggae on Top 40 radio every once in a while. Ziggy Marley made it a few years back. Same with Inner Circle, Damian Marley, Sean Paul, Matisyahu, Shaggy,” Hemphill said. He added “There is a new band called MAGIC! who’s currently all over Top 40 radio. MAGIC! is actually opening for SOJA next week in Vegas. Can’t wait to see them rock.”

We can actually see a common thread, though we don’t always pick up on the reggae vibe when we hear it on the radio. We wondered what reggae’s place in the future of radio was, and Hemphill shared that it was more about the message preached than the sound with which it it’s delivered.

“There’s a specific element that I want to see in Top 40, and I feel like reggae has the best chance: to represent the side of humanity that is about love and compassion over competition and accumulation. Michael Franti does this already,” Hemphill explained.

“A band that does what Bob Marley did — appeal to the masses sonically while sneaking in a universal message of love,” Hemphill said. And where does he see SOJA in that future? “Hopefully, we are the future of reggae.”

Want more music news, reviews and interviews? Sign up for our newsletter >>