With transgender stars like Orange Is the New Black‘s Laverne Cox portraying trans characters and DC Comics introducing the world’s first openly trans comic book character, the transgender community is making great strides toward everyday acceptance. Check out some of the transgender celebs currently in the spotlight. 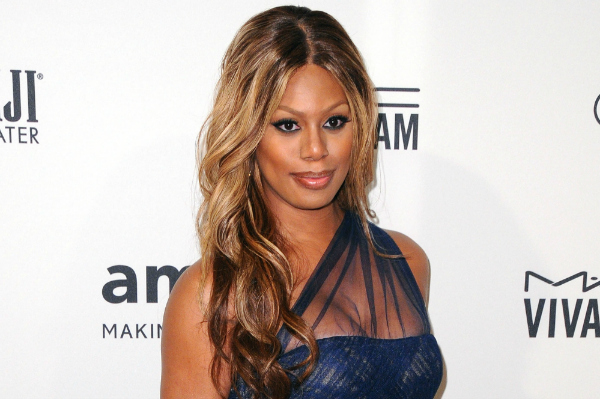 Now a favorite face on the binge-worthy Netflix series Orange Is the New Black — on which she plays incarcerated transgender firefighter-turned-hairstylist Sophia Burset — Laverne Cox first entered the public eye as a contestant on VH1’s I Wanna Work for Diddy. Her time on the show made her the first transgender woman of color to have a leading role on a mainstream reality TV series and propelled her career forward. In June, Cox became the first openly transgender person to appear on the cover of Time, with the magazine naming OITNB‘s Burset as the fourth most influential fictional character of 2013. Cox, who was born Roderick Leverne, spent her childhood the target of constant bullying, taunting and even physical brutality for her femininity. At the age of 11, the Mobile, Alabama, native attempted suicide. She recovered and went on to graduate from Marymount Manhattan College in New York, where she pursued acting. 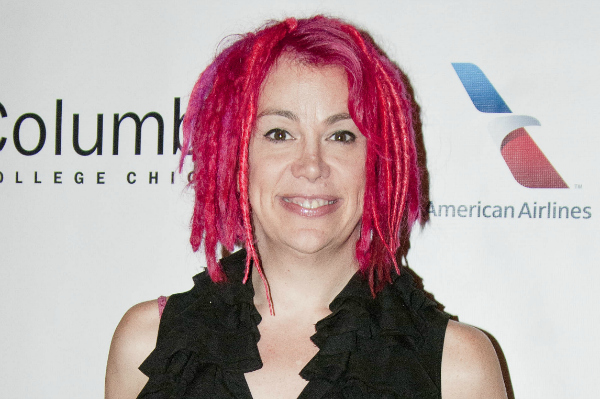 Born Laurence Wachowski in Chicago in 1965, Lana Wachowski became the first major Hollywood director to come out as transgender when she did so in July 2012. Today, Lana is known as one half of the Wachowskis — she and brother Andy are famous film directors, screenwriters and producers. Although they made their directorial debut in 1996, they really hit their stride in 1999 with their second film, The Matrix, and its subsequent sequels. Lana and Andy have since written and produced highly successful films like V for Vendetta and Cloud Atlas.

R. Kelly’s son Jay may only be 14, but he is confident enough in himself to publicly reveal that he identifies as transgender, saying he has known he was male from a very young age. He says his mother — Andrea Kelly, star of VH1’s Hollywood Exes) supports him and is proud of him. R. Kelly, however, who divorced Andrea in 2009, “has not reached out.” Jay ultimately hopes to receive sexual-reassignment surgery. 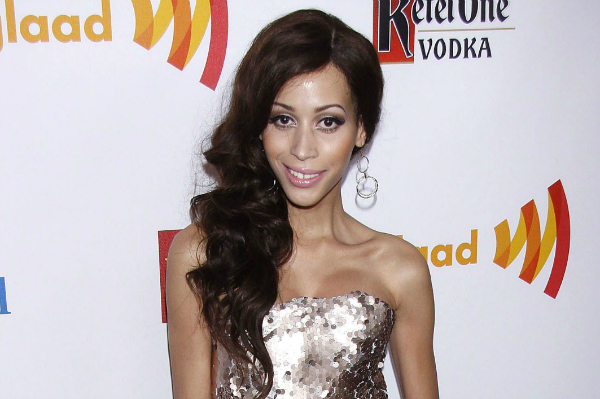 The first transgender model to ever compete on America’s Next Top Model, Isis King appeared on the 11th cycle and, later, the 17th all-star edition. Today, she is one of the most prominent figures in the LGBT world. Originally from Maryland, the now-New Yorker has said that although she was born a male “mentally [and] everything else,” she was born a female. In 2007, King started hormone replacement therapy as part of her transitioning process. In 2009, after being introduced to renowned transgender surgeon Dr. Marci Bowers (who herself is trans), King had sex reassignment surgery. 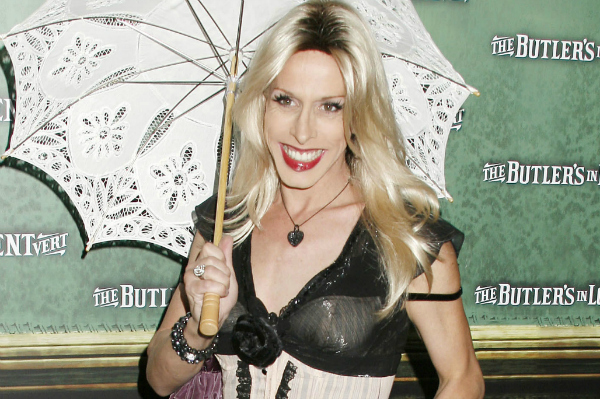 One of the famous Arquette siblings — which include Patricia, Rosanna and David — Alexis Arquette has been an active transgender activist in Hollywood for many decades now. Arquette, who began identifying as female at a very young age, landed her first big acting gig at the age of 12 in the “She’s a Beauty” music video by The Tubes. She has since enjoyed several big-screen roles. In 2007 Alexis Arquette: She’s My Brother, which tells the story of Arquette’s transition and trans life, debuted at Tribeca Film Festival. 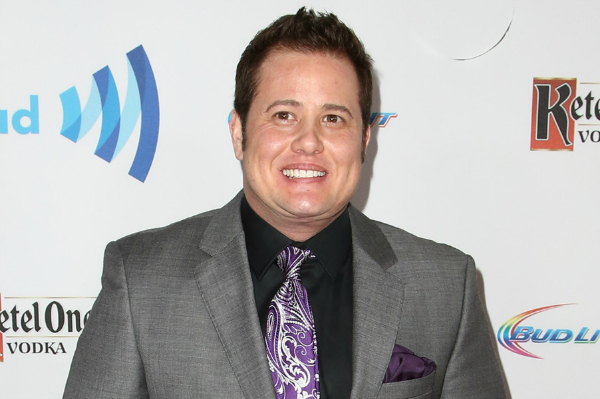 Perhaps one of the most memorable trans stories in recent history, Chaz Bono first made headlines for his sexual orientation when he openly came out in The Advocate. Born Chastity Sun Bono to famous parents Sonny and Cher, Chaz realized in grade school that he was different from his peers. From 2008 to 2010, Bono completed the process of transition from female to male and, shortly after, legally changed his name and gender. Although prior to Chaz’ transition Cher had long been a gay icon and LGBT ally, she initially had trouble processing the news and, according to Chaz, “went ballistic.” Nowadays, Cher completely supports Chaz and continues to be an activist for the LGBT community. 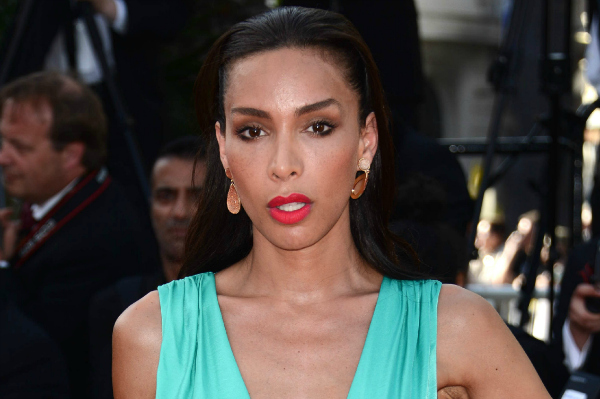 Considered to be one of the world’s most popular models, Brazilian beauty Lea T has participated in fashion campaigns for some of the biggest names in the industry. Although identified as a male at birth and given the name Leandro Medeiros Cerezo, Lea began self-identifying as female early. It is a widely held belief that she is the muse of Givenchy designer Riccardo Tisci, who hired her as his fit model/personal assistant and then used her in his 2010 ad campaign. She has gone on to be featured in upscale publications like Vogue Paris, Interview, Cover Magazine and Love Magazine. In March of 2012, Lea received gender reassignment surgery in Thailand. 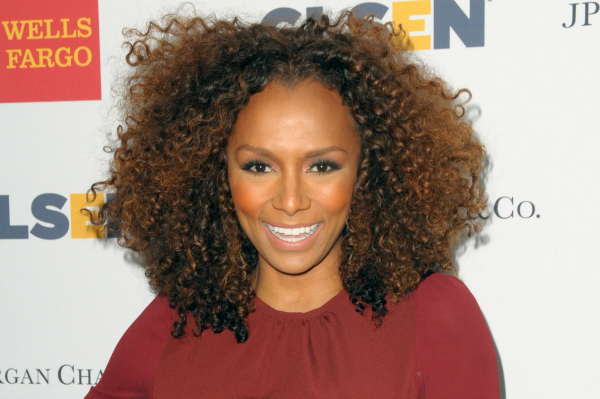 Growing up in Oakland, California, Janet Mock became a sex worker by the age of 16. However, the People.com editor went on to earn a bachelor’s degree in fashion merchandising from the University of Hawaii at Manoa and a master’s degree in journalism from New York University, making her the first person in her family to go to college. During her freshman year of college, she traveled to Thailand to receive gender reassignment surgery. It wasn’t until 2011, though, that she came out in a Marie Claire article as a trans woman. In addition to being a successful writer, editor and author, Mock devotes much of her time to advocating for the trans community. She often speaks about the struggles girls and women like herself must endure, which prompted her to launch the #GirlsLikeUs movement in 2012 to encourage trans women to “live visibly.” 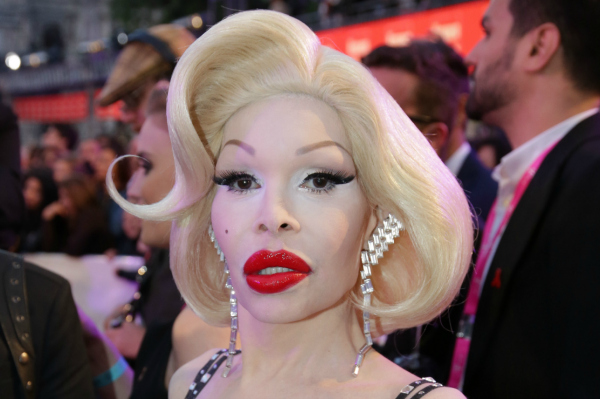 Born Armand Lepore in Cedar Grove, New Jersey, Amanda wrote later in life, “Ever since I can first remember, I knew I was a girl. I couldn’t understand why my parents were dressing me up in boy’s clothing. I though they were insane.” Often a target of ridicule, Lepore never quite felt like she fit in. As a teenager, she began taking hormones she’d get from a transgender friend in exchange for making costumes. With her social isolation growing, Lepore’s parents took her out of school, got her a private tutor and set her up with a psychologist who gave her a legal hormone prescription. At 19, she received gender reassignment surgery. In 1989, she moved to New York, where she became a prominent nightlife figure. One evening, she met acclaimed photographer David LaChapelle and, subsequently, became his muse. 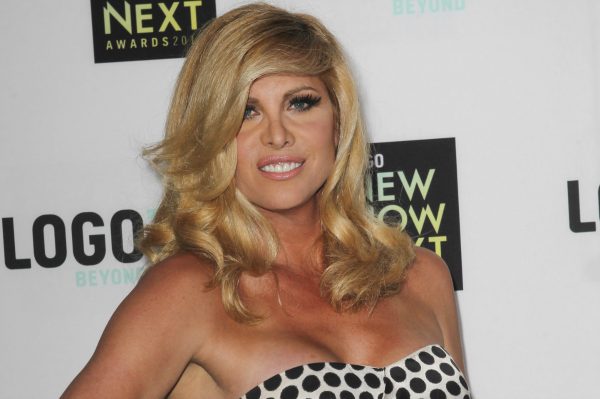 By landing the role of mistress Carmelita on the now-defunct (unjustly so!) ABC series Dirty Sexy Money, Candis Cayne earned the legacy of being the first transgender actress to play a recurring transgender character on prime time TV. A native of Hawaii, Cayne didn’t even know what a transsexual was until she began living in New York in the ’90s. After a few years in the city establishing a name for herself through her choreography and drag performances, Cayne realized she identified as trans. In addition to appearing on Dirty Sexy Money, the stunner’s TV credits include Nip/Tuck, RuPaul’s Drag Race and Necessary Roughness. In an interview with The Advocate, Cayne stated, “I’m not trying to be a spokeswoman for the transgender community; I just want to be looked at as a living, breathing, happy human being.” 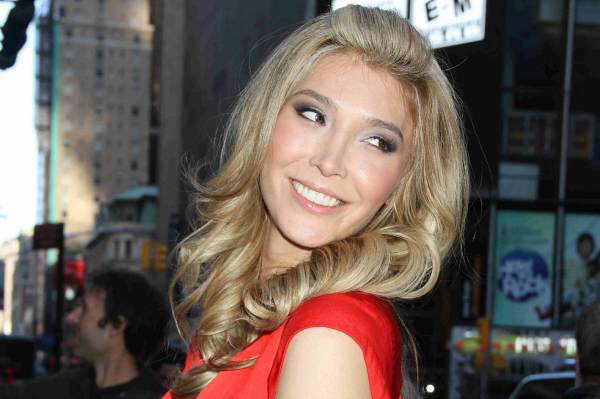 This Canadian model and television personality first came to prominence in the media in 2012, when she was disqualified from competing in Miss Universe Canada for being trans and, subsequently, fighting to win the right to compete. Talackova won the battle, making it as far as the Top 12 and being awarded the title of Miss Congeniality. Having identified as female in her early childhood, Talackova started her official gender transition at 14. She received her sex reassignment surgery five years later, at age 19.