Director Alejandro González Iñárritu’s trailer for Birdman has us hypnotized… in a really good way.

In case you missed it, Michael Keaton has been making something of a comeback. He’s had noticeable supporting roles in both Robocop and Need for Speed, and now he’s taking center stage (literally) in Alejandro González Iñárritu’s Birdman.

RoboCop drama: Why did Michael Keaton call Joel Kinnaman a b****? >> 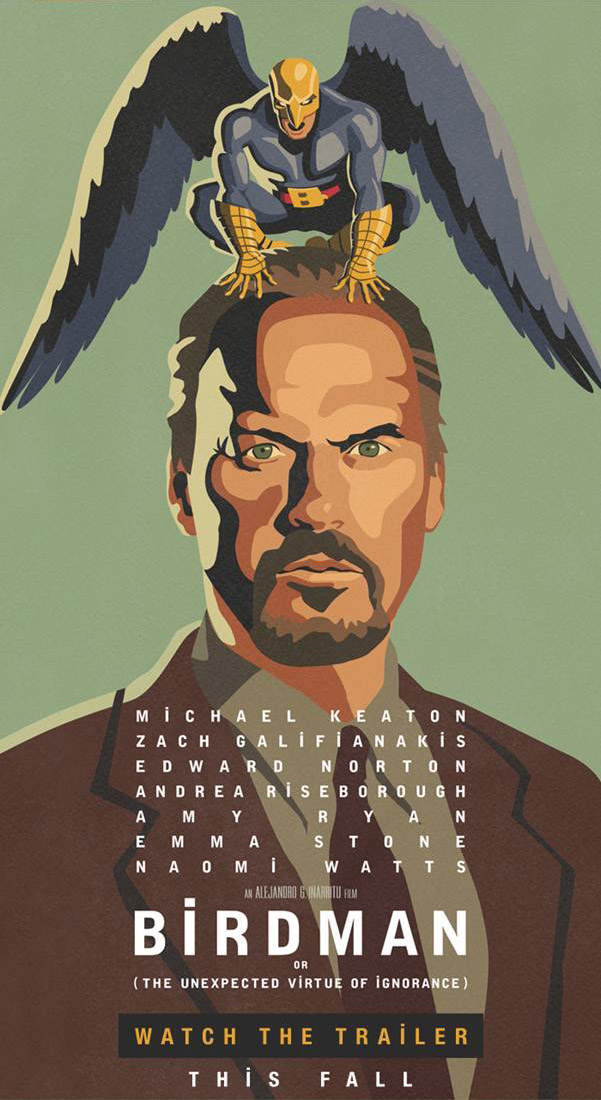 This trailer is so strange and mesmerizing that you’ll probably want to watch it more than once.

Keaton plays a washed-up actor unable to escape the shadow of his former glory. He’s tortured by his past role as an iconic superhero but is also in the midst of mounting a somewhat autobiographical production on Broadway. Meanwhile, he’s locked in a battle to overcome his own ego as he struggles to reclaim his past glory.

From what we see in the trailer, Keaton’s past comes back to haunt him through visually striking imaginings — or are they hallucinations? — that bring to mind similarly stunning films like The Secret Life of Walter Mitty and Synecdoche, New York.

Of course, what else would we expect from Iñárritu, whose past projects include such complex films as Babel and Biutiful? Still, Iñárritu calls Birdman a comedy — a dark comedy.

And we’ve got to admit, when Keaton runs through the crowded Broadway streets in his underwear, that dark comedy vibe is totally working for us.

Emma Stone, Edward Norton and Zach Galifianakis deliver just enough face time in the trailer to leave us wanting to see more of this film as soon as humanly possible.