The Farrelly Brothers jump back into not-so-deep waters with Dumb and Dumber To. 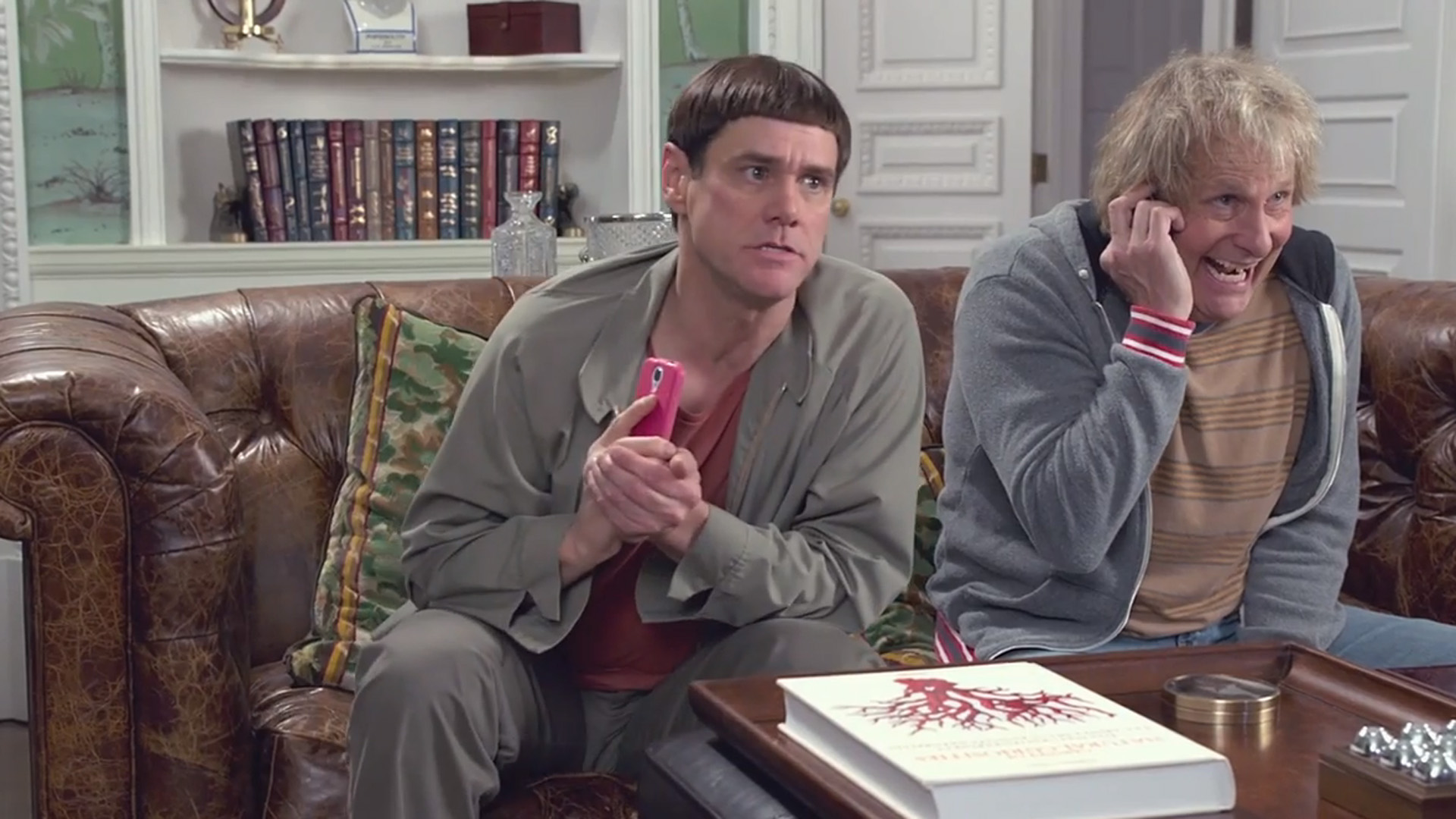 Speculation on Dumb and Dumber To has been running high ever since Jeff Daniels confirmed that a sequel to the 1994 gross-out comedy was in the works. The original Farrelly Brothers comedy, Dumb and Dumber, was a surprise hit. It set off a firestorm of raunch one-upmanship among filmmakers that is still alive and well today, seen in such successes as The 40-Year-Old Virgin, Forgetting Sarah Marshall and both of the Anchorman movies.

So, what happens when the proverbial “parents” of gross-out comedy make a sequel that attempts to out-gross their prodigal sons?

The trailer for Dumb and Dumber To happens.

Jeff Daniels and Jim Carrey are back to reprise their roles as the dim-witted Harry Dunne and Lloyd Christmas. The two reunite after Harry finds out that, as a gag, Lloyd has been faking a catatonic state at a mental institution for the past 20 years. They then set out to find a daughter Harry never knew he had, echoing the successful road-trip model seen in the original film.

But will audiences enjoy the ride the Farrellys and the now-older Daniels and Carrey want to take them on? Or have we become too immersed in current Apatowian trends for a reboot like Dumb and Dumber To to be able to live up to the hype?

One thing’s for certain: The Farrellys didn’t pull any punches with this trailer. From the moment we see Harry yank Lloyd’s catheter to the second the dust literally settles from an incredibly unfortunate run-in between Lloyd and someone’s grandma, audiences are made to feel that Dumb and Dumber To is definitely testing comedic boundaries.

Dumb and Dumber To opens in theaters November 14.

What do you think? Does the sequel look worth the wait? Let us know in the comments below.