Multiplatinum-selling country megastar Jo Dee Messina just released her hot new album, ME, and not surprisingly, the single “A Woman’s Rant” is striking a chord with country fans. We caught up with the straight-shootin’ redhead to get her take on the ways men drive women crazy and more. 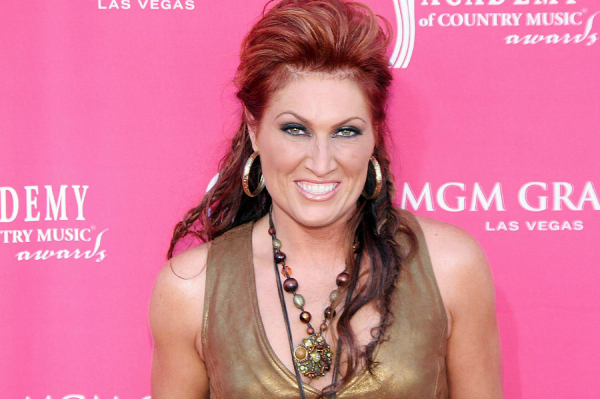 After separating from her longtime record label in 2012, Jo Dee Messina simply wanted to “continue touring and entertaining and releasing music” — and, perhaps most importantly for the down-to-earth star, fostering her relationship with her loyal fans.

So when her cousin (whom you may know as American Idol finalist Alex Preston) told her about Kickstarter, Messina looked at the fundraising platform as a way to give back to her fans… to allow them to truly be a part of the dialogue. Throughout the process of making ME, fans weighed in on everything from which songs would be included to what tracks would be released as singles.

And Messina didn’t stop there. After fans chose “A Woman’s Rant” — which celebrates the extraordinary ways women accomplish all that they do — as the second single, Messina invited fans to submit videos showing their own everyday juggles to be included in the song’s lyric video.

Naturally, we couldn’t wait to pick her brain about those things she personally finds herself fuming about. In true Jo Dee fashion, though, she turned the question over to her fans, asking them, “In the spirit of the new song, what are five things women rant about, and how should men react?”

The responses poured in and, well, they were pretty hilarious and right on point. After chatting with the singer and combing over the responses (plenty of which actually came from men), we’ve deduced the following as the top five “women’s rants.” Let the countdown commence!

When women rant about their appearance, it isn’t necessarily a man’s fault. Still, until hair littered with Cheerios comes into style, we’re going to need to vent about our vanity every now and then. Before women can “relax, take a deep breath and enjoy the day,” explained fan Shirley Buttrey, “we need to rant a little, even if it’s just a bad hair day, a broken nail or a scuff on a new pair of shoes.”

Several fans said that women often have a bone to pick with men about attention — the attention we feel like we aren’t getting, the attention being given to other women and even the double standard set by men when it comes to getting attention. Betty Kyle brought up the latter, and her sentiment was echoed by several other gals. “When you get sick, men want to know when you are going to get up,” she said. “When they get sick, they act like a kid and you need to be their mom.”

They say the best things in life are free, and that’s all good and well. But as women, we know that the un-best, un-free things, like bills, have to be paid. That’s stressful, especially when you’re operating on a tight budget. Not only did several women cite this as a top rant, but many men chimed in to say the same. Offered Julie O’Malley, “I asked my man what I rant most about. He said money. He should react with lots of kisses and lovin’! It would reduce my stress.”

This one’s a biggie, fellas. Intestingly, it would seem most men suffer from the same affliction: “selective hearing,” as Chayne Lamkin succinctly put it. Women also feel as though even when men are listening, they don’t really understand what it is women are trying to say. “I don’t want you to fix it,” stated Anna Whitworth. “I just want you to listen to my problem while I vent.” Another issue arises when women feel as though men don’t participate in the conversation. “Acknowledge me when I am speaking!” lamented Stacy Moquin. “At least grunt or make a verbal noise so I know you heard me.” And last but not least, be honest. “Don’t just tell me what I want to hear,” said Janice Wetzell. “Tell me the truth.”

The rant to end all rants, however, all boiled down to the division of household duties. Women feel that when it comes to the kids and the chores, they bear the brunt. “My husband can make a basketball shot like a pro,” said Kristin Conover, “but for some reason, he always seems to miss the dirty clothes hamper… and then leaves them there.” Women face similar woes in the bathroom. “The empty toilet paper roll… I mean, how hard is it to change?” chided Janice Smith. “You can get a new roll out but not change it on the holder?” And Mauren-Mosie Packard Murray said, “Leaving dirty dishes in the sink rather than putting them in the dishwasher, which is right next to the sink.”

But bar none, the most redundantly referenced complaint had to do with one simple task: “Leaving the toilet seat up,” declared Sheron Cooke (along with loads of other women). Ashley Richard summed it up best: “In general, clean up after yourself! I’m your wife, not your maid.”

How men should react

So what’s a man to do, right? Well, as it turns out, several enlightened fellas had advice to share. “Men should react by listening to their partners and work on solutions to solve these problems together,” said Jacob Briggs. For some, the solution can be found in bribery. “The response ought to be, ‘Look, here’s a basket of wine and chocolate,'” said Tom Htomcat.

Many women felt like a well-timed compliment can work wonders. “I think a laugh and a sincere remark of how beautiful we are — even with gray hair, a few extra pounds, wearing baggy clothes in our 50s — would be good,” said Nita Miller. “Humor and sincerity go a long way!” John Donaldson echoed that sentiment, saying, “Tell her she is the most beautiful woman in the world, and hold her hand when you walk with her.”

But above all, one word is key. “No matter what the rant, the man’s job is simple: listen,” Paul Bertrand aptly put it.