We loved the first How to Train Your Dragon movie, but we can’t help but think the hit show Game of Thrones has rubbed off on the franchise a bit. Take a look at the similarities below and let us know if you agree. 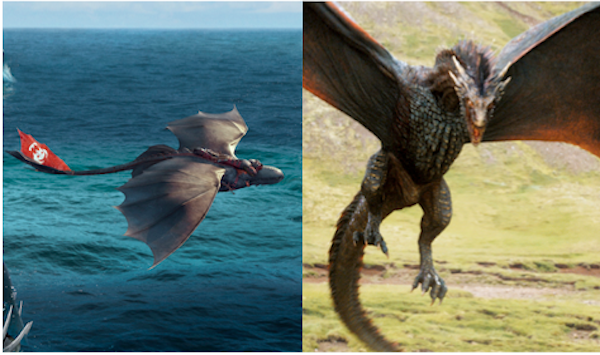 OK, so it’s a bit obvious, but both kids and adults love to imagine dragons! In How to Train Your Dragon 2, the Vikings’ relationship with their dragons has evolved quite a bit and now they spend their time racing their friendly reptiles. In Game of Thrones, the fire-breathing beasts are still thought of as weapons of war, of course. 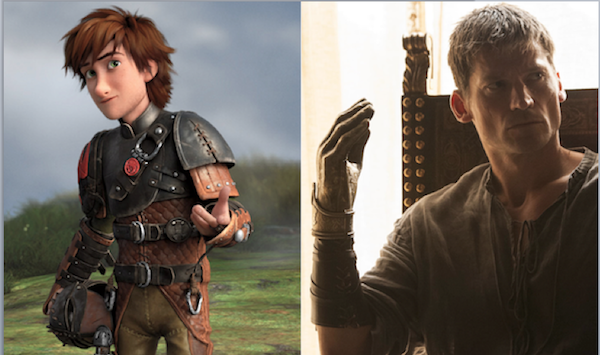 If you saw the first How to Train Your Dragon, you’ll remember that Hiccup (Jay Baruchel) bravely battled against the Red Death and lost the lower part of his leg. His grandfather, Gobber (Craig Ferguson), kindly created a peg leg for Hiccup to get around with. Jaime Lannister (Nikolaj Coster-Waldau) on Game of Thrones was humiliated when Locke (Noah Taylor) hacked off Jaime’s sword hand with a carving knife. At least both characters are doing their best to cope and recover. 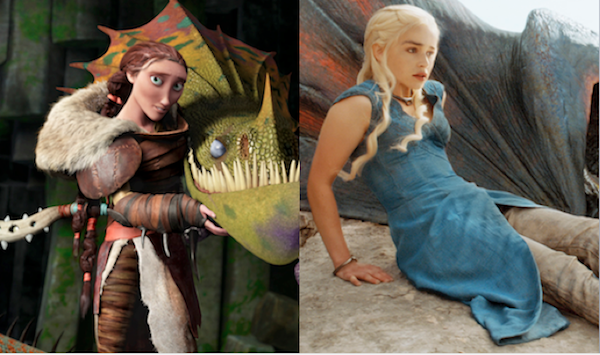 Valka (Cate Blanchett), the long lost mother to Hiccup, has been rescuing and caring for dragons for a number of years. Valka’s reunion with her son is heartwarming, especially given the sad fate that awaits Hiccup’s father, Stoick (Gerard Butler). In Game of Thrones, Daenerys Targaryen (Emilia Clarke) sees herself not only as a protector of dragons but also as their mother. 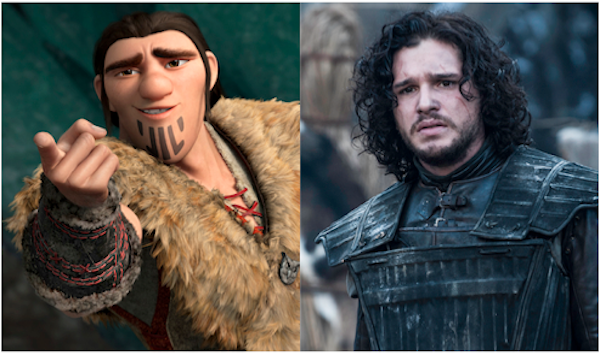 We can’t get enough of Kit Harington, so we’re thrilled that How To Train Your Dragon borrowed the Jon Snow actor. We think his animated version is pretty close to the real thing.

5. The iconic Iron Throne as inspiration 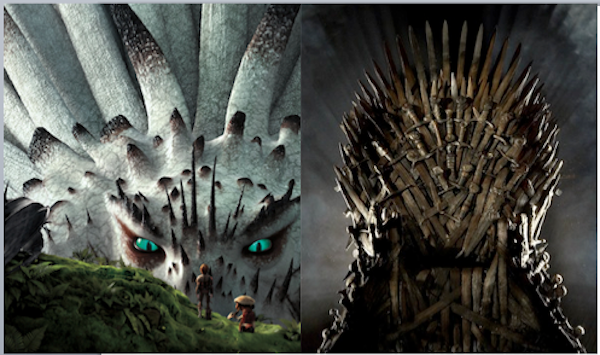 Is it us or does the Bewilderbeast look awfully similar in shape and design to the Game of Thrones‘ Iron Throne? One thing we know for sure: Both are pointed, spiky, intimidating and would require us to be very careful should we decide to sit on either.

How to Train Your Dragon 2 opens on Friday, June 13.