At 51, Tom Cruise is still one of Hollywood’s hottest stars. But can he still pull off a demanding action hero? Our answer may surprise you. 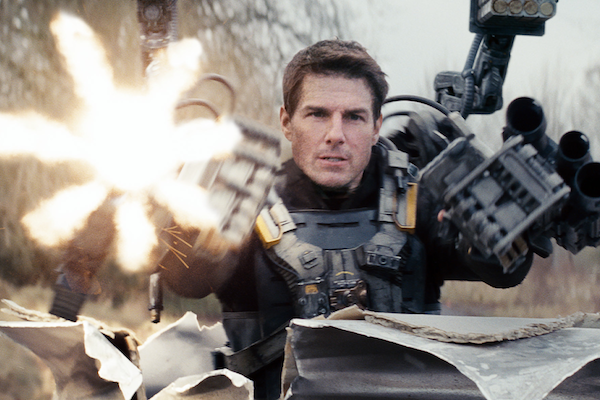 In Edge of Tomorrow, planet Earth gets smashed by a meteor that contains a volatile alien race who are intent on destroying humanity. These invaders, called Mimics, have evolved a unique ability to lure their enemies into traps and kill them. But there is a hitch: if their mutant DNA gets into a human body, the human will develop the ability to “live, die, repeat” in its own effort to evolve the Mimics’ battle strategies.

Major William Cage (Tom Cruise), a PR man who’s never seen a day of battle in his life, is thrown into a Mimic invasion that becomes a time-loop of life, death and life. But how long can it go on before he and the rest of humanity is ruined? 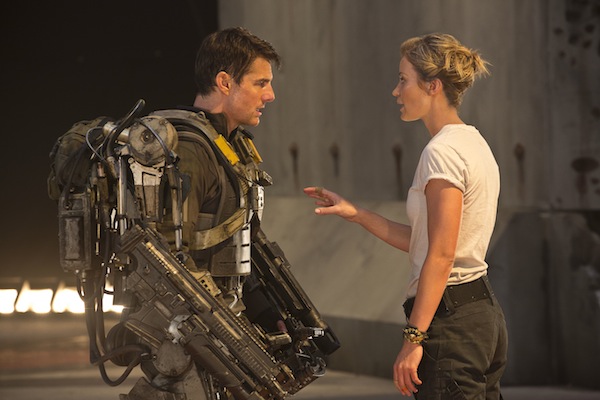 Only when Sgt. Rita Vrataski, who the troops refer to as “Full Metal B****,” partners with Cage does humanity have any chance of surviving. Together, Cage and Vrataski create an unparalleled power duo, able to fight, strategize and learn from their deadly mistakes.

Cruise brings intense focus to Cage while managing to reveal just enough vulnerability to keep the audience rooting for him. Using more will than charm, he’s able to convince the acerbic Vrataski that he’s not just some nut job, but the key to defeating the Mimics.

We think this role was made for Cruise, who has the ability to bring earnest sincerity along with stellar athletic ability to create a true military hero. This may even be his best performance since Born on the Fourth of July. 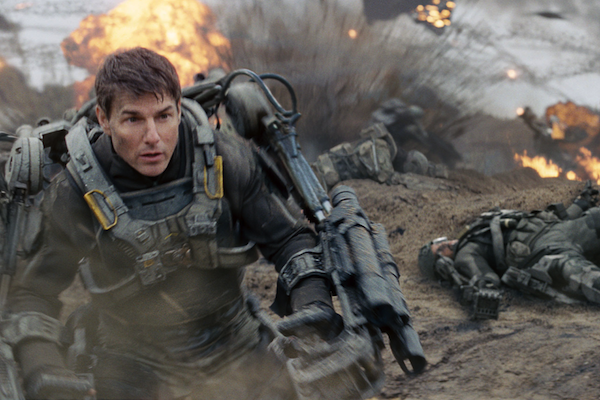 His on-screen chemistry with Emily Blunt is electric, but not exactly sexual. They do share a kiss, but it stems more from a primal need to connect, as they are both focused solely on the survival of their own species.

Far more successful and entertaining than last year’s Oblivion, Edge of Tomorrow makes us look forward to Cruise’s next Mission: Impossible film and even to the recently announced Top Gun 2. We’re glad he won’t be retiring any time soon.