As the incredibly candid star of the reality TV show Eric and Jessie: Game On, Jessie James Decker doesn’t hold much back. But we picked the budding country singer’s brain and found a few surprising (and fun) facts. 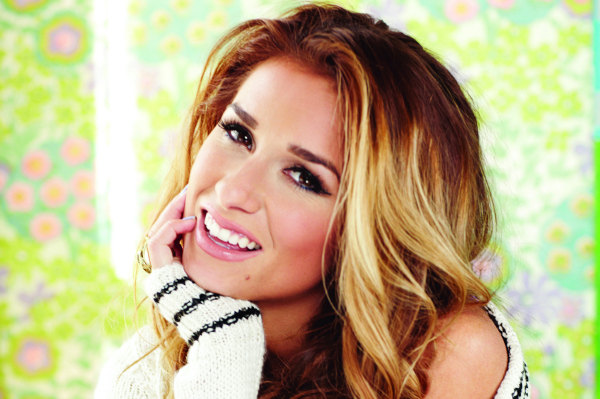 1. You always look amazing. What is your secret?

“Well, before I got pregnant, I was just a naturally active person. And I hate saying this because it’s not a good inspirational thing to say, but I didn’t really work out, to be honest. I think I was just genetically blessed — my mom looks great and she just walks every day. But you know, now that I got pregnant and now that I’ve had a baby, I’ve got a lot of work to do. After a baby, it all changes… your body doesn’t want to do the things it used to do.”

2. You’ve said Cindy Crawford is your beauty icon, but who is your country music icon?

“Shania Twain, for sure.”

3. We’re big fans of your makeup tutorials online. Will you be doing more soon?

“So, I actually made a new makeup tutorial, and then I realized what was in the background: a bunch of garbage that I had not taken out (laughs). So it, like, totally messed up the video. It made it look so trashy — like, literally trashy — so I’ve got to re-do it. But I’m in the process of making another makeup tutorial and putting it out, and this time the background will be prettier.”

“Anytime I hear about animals being hurt.”

5. What is the one thing you’d take if you had to leave your house right this second (given that your family is safe)?

6. What has been your craziest fan encounter?

“This girl who literally looked identical to me. She did her hair, makeup, clothes — right down to the necklaces, everything was right on and it looked just like me. Even my husband had mistaken her for me.”

7. Who would you invite to your dream dinner party?

“Can I have two? Pauly Shore or Andy Dick. You’ve gotta have funny people, you know?”

9. What is your go-to guilty pleasure?

10. Who is your celebrity crush, other than your smoking hot hubs?