From now through Labor Day, we have all of your summer reading needs covered. These books are the perfect companions for a lazy summer day. 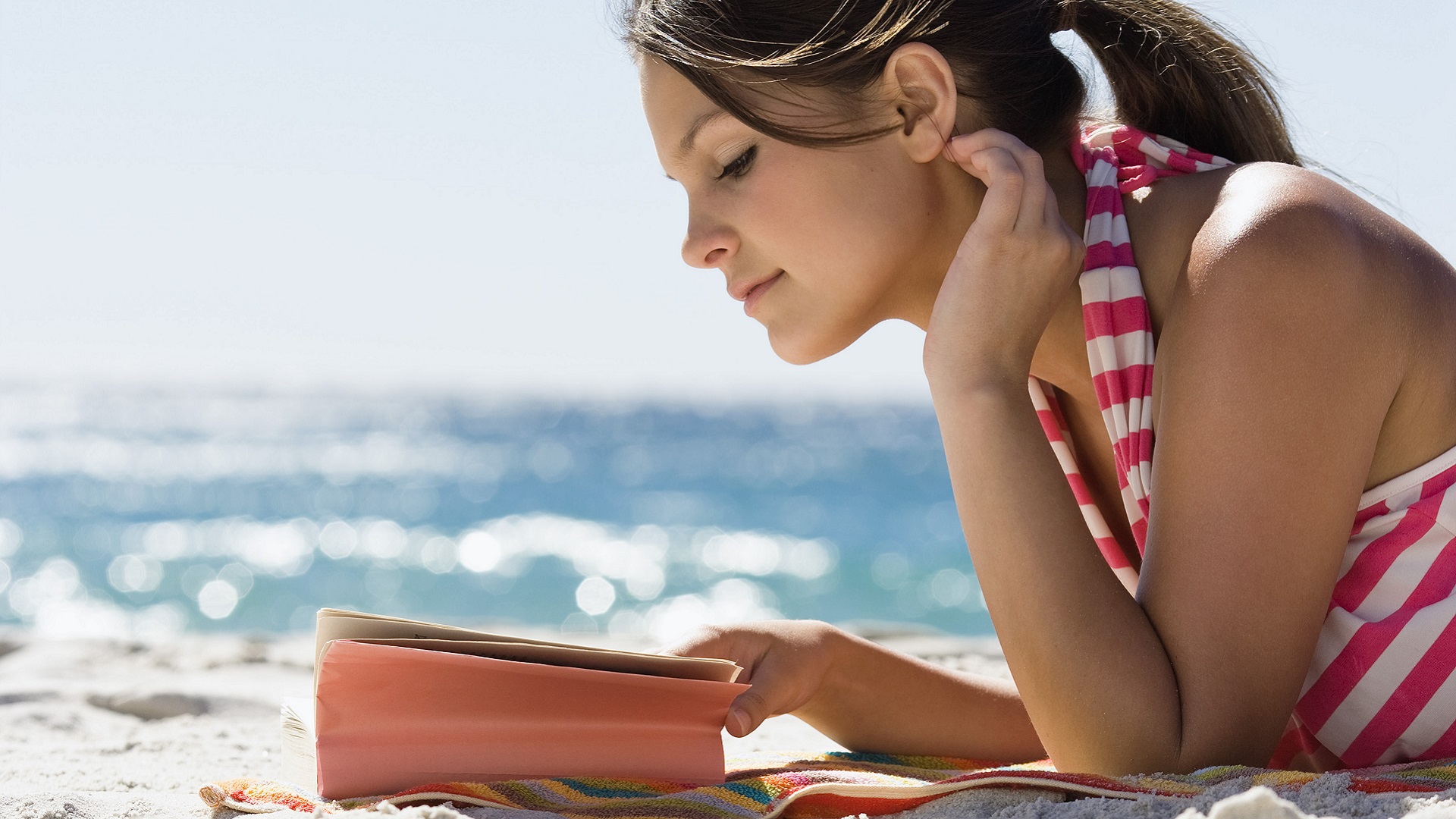 1.
After I Do
by Taylor Jenkins Reid 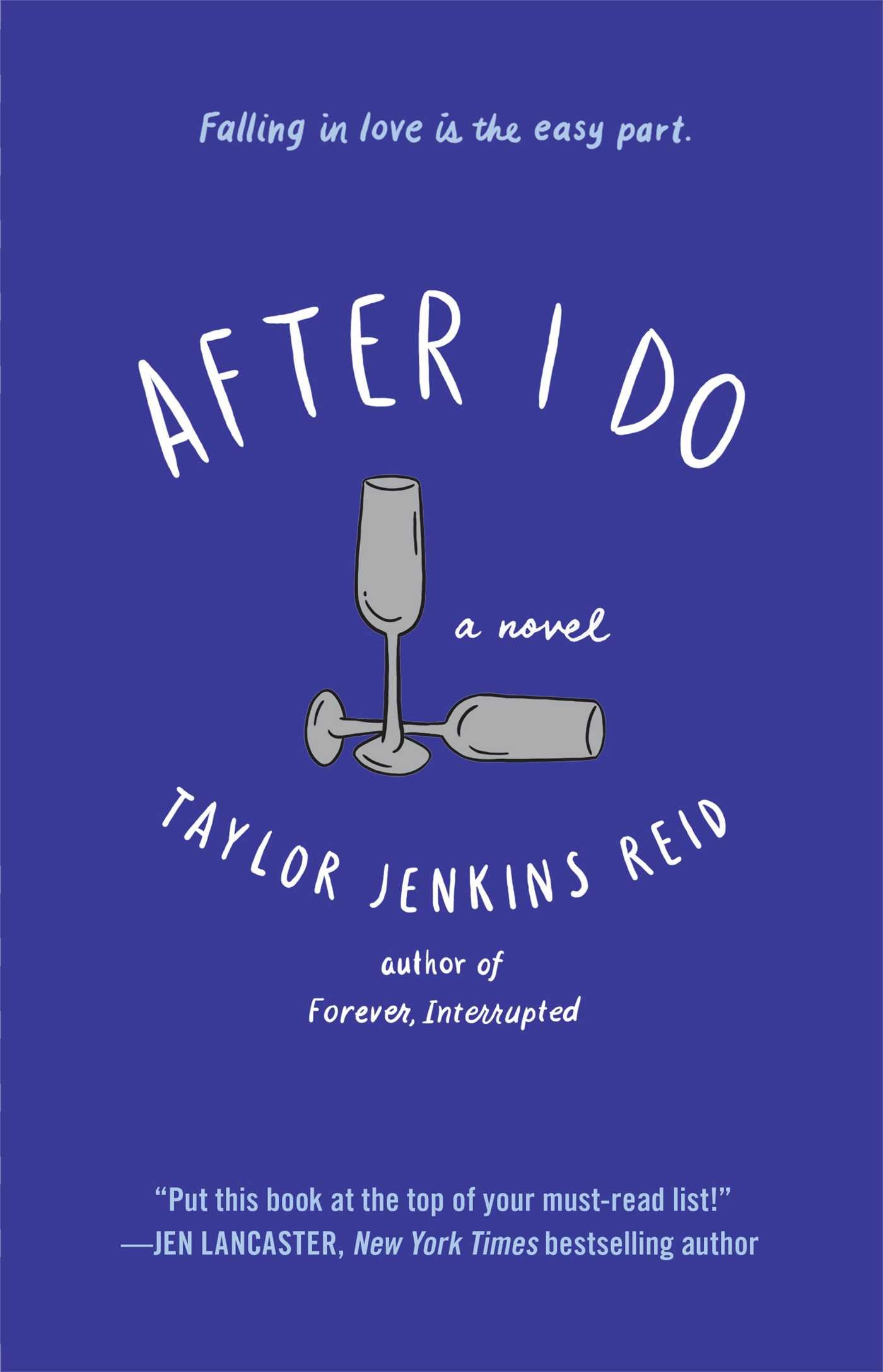 When Lauren and Ryan hit the breaking point in their marriage, they take a year off with only one rule: they can’t contact each other. In After I Do, when Lauren embarks on a journey of self-discovery, she learns her friends and family have their own ideas of what marriage means. These influences and her own healing process begin to change her thoughts on monogamy and marriage. When you can have romance without loyalty and commitment without marriage, what are you willing to fight for? 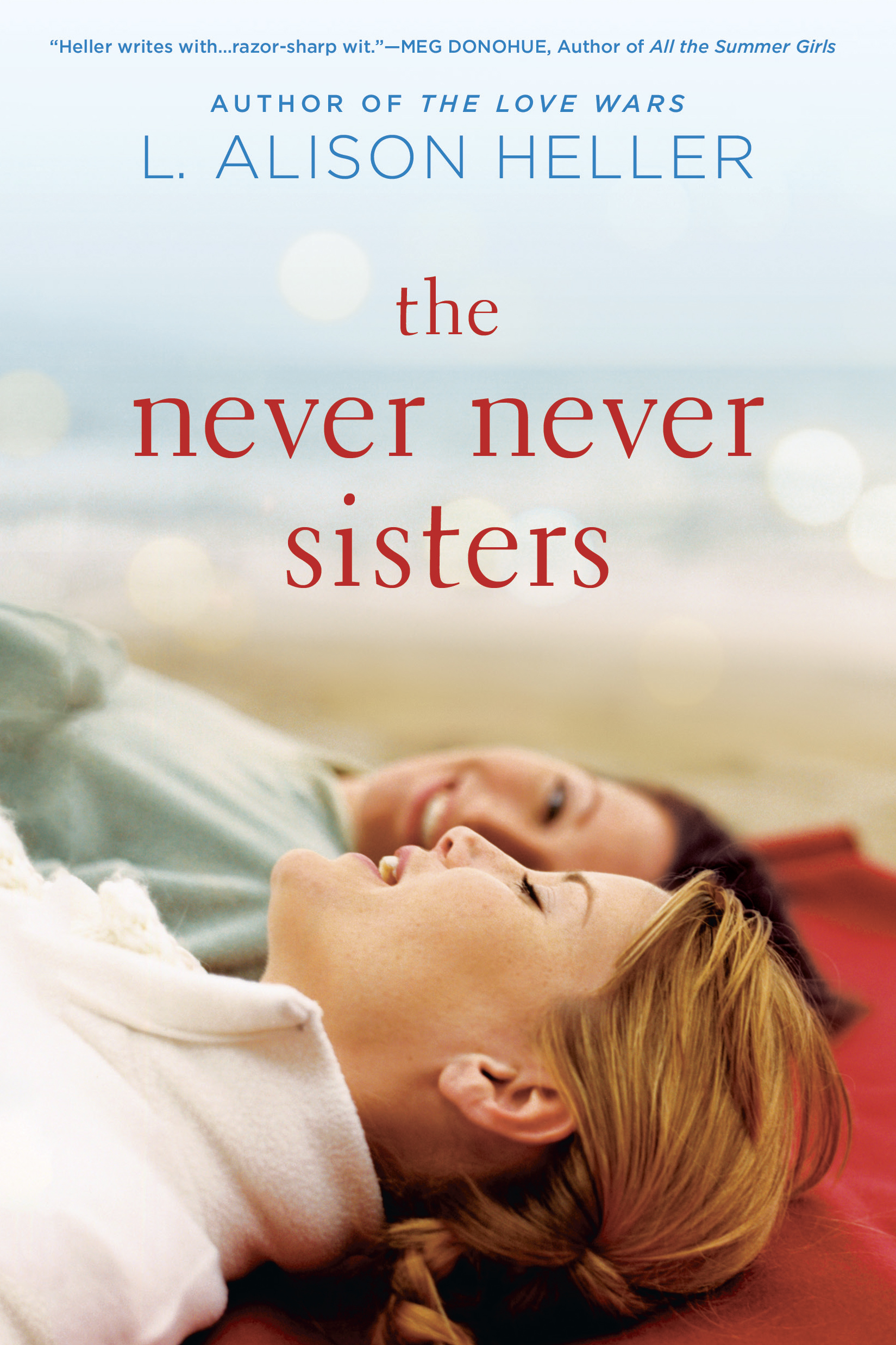 Paige Reinhardt can’t wait for summer and the opportunity to reconnect with her husband, Dave, at their Hamptons cottage. But with Dave’s mysterious work crisis and the return of her troubled sister, Paige is thrust into a summer of attempting to reconnect with her sister in the city heat. In The Never Never Sisters, Paige finds out that she doesn’t know as much as she thought she did about the people she’s closest to.

Jenner sisters’ City of Indra is better than you’re expecting >>

3.
The Revealed
by Jessica Hickam 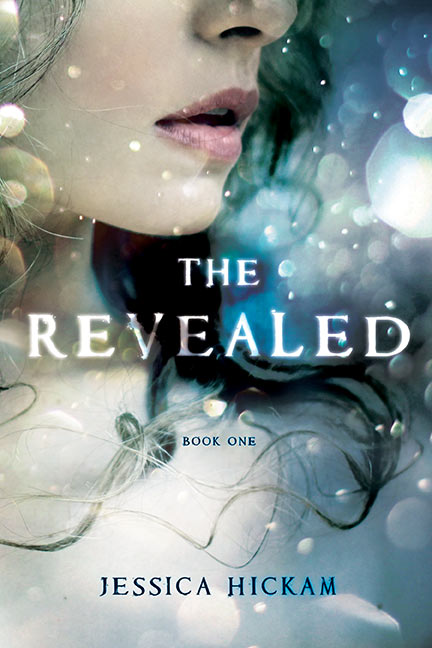 In The Revealed, after a war that killed more than 5 billion people, Lily Atwood’s father helped rebuild and reunite humanity, allowing him to rise to power. Even with the newfound peace, enemies called the Revealed remain. The Revealed have been kidnapping 18-year-olds with special powers from around the world, and Lily is their next target. However, Lily did not escape her father’s shadow to go down without a fight. 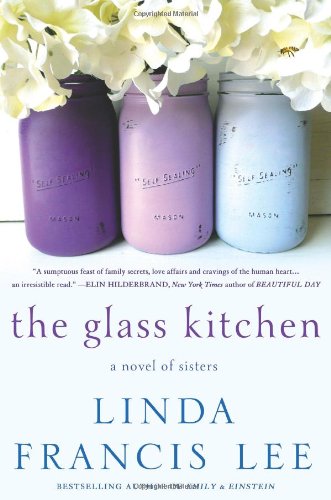 In The Glass Kitchen, Portia Cuthcart never intended to leave Texas. Her dream was to run the Glass Kitchen restaurant her grandmother built. After a string of betrayals and the loss of her legacy, Portia vows to never cook again and moves to Manhattan. But when she moves into a dilapidated brownstone on the Upper West Side, she meets widowed father Gabriel, a man with his hands full trying to raise two daughters on his own. Soon, a promise made to her sisters forces Portia back into a world of magical food and emotions, where she must confront everything she has been running from.

Marlo Thomas’ It Ain’t Over: 5 Inspiring stories of reinvention >>

5.
A Hundred Summers
by Beatriz Williams 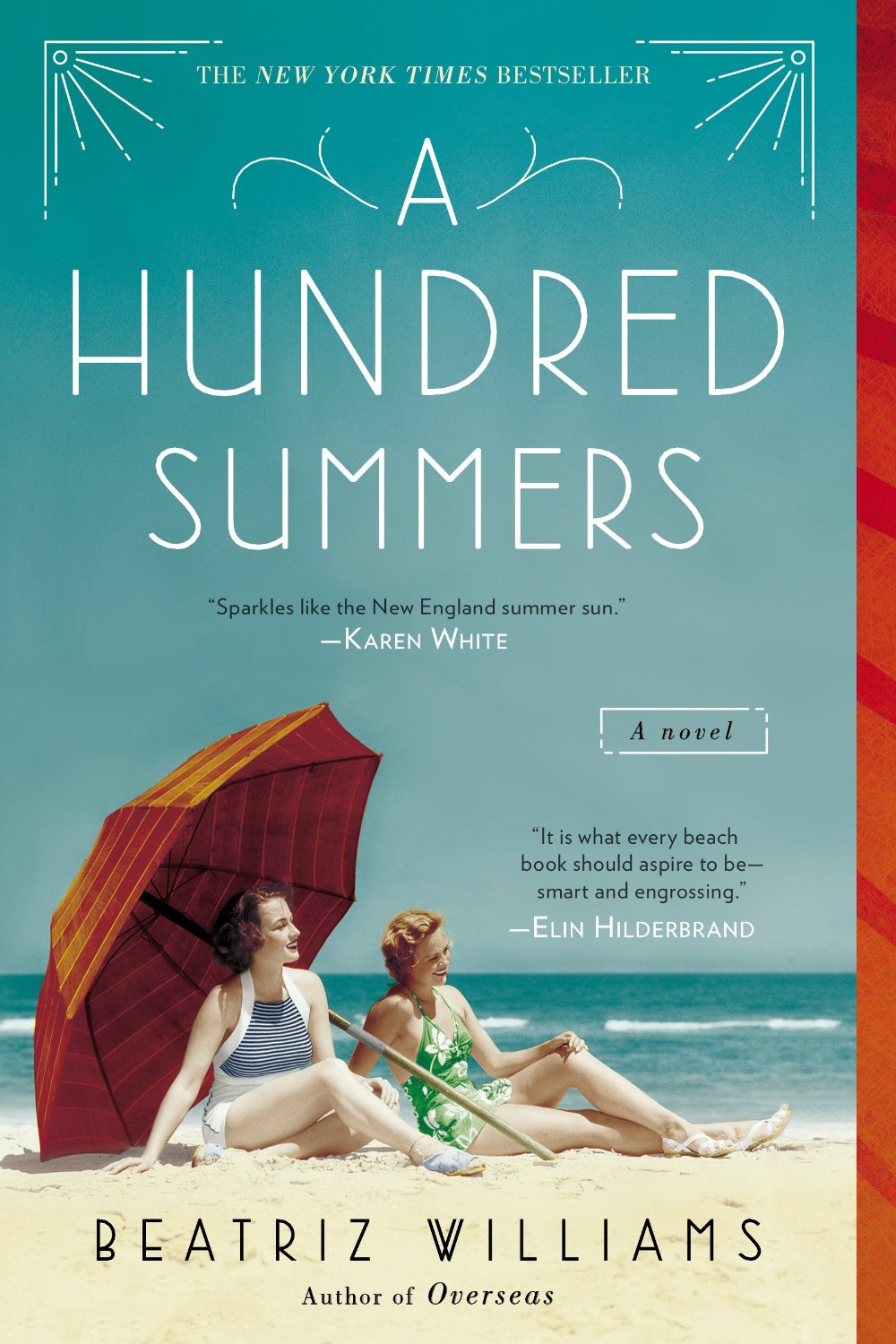 Lily Dane has returned to Seaview, Rhode Island, where her family has spent summers since she was a girl. It’s an escape not only from New York’s social scene but from a heartbreak that still haunts her. This summer will be anything but relaxing. Budgie and Nick Greenwald — Lily’s former best friend and former fiancé — have arrived, too. Under Budgie’s glamorous influence, Lily is seduced into a complicated web of renewed friendship and risky longing in A Hundred Summers,.

6.
The House on Mermaid Point
by Wendy Wax 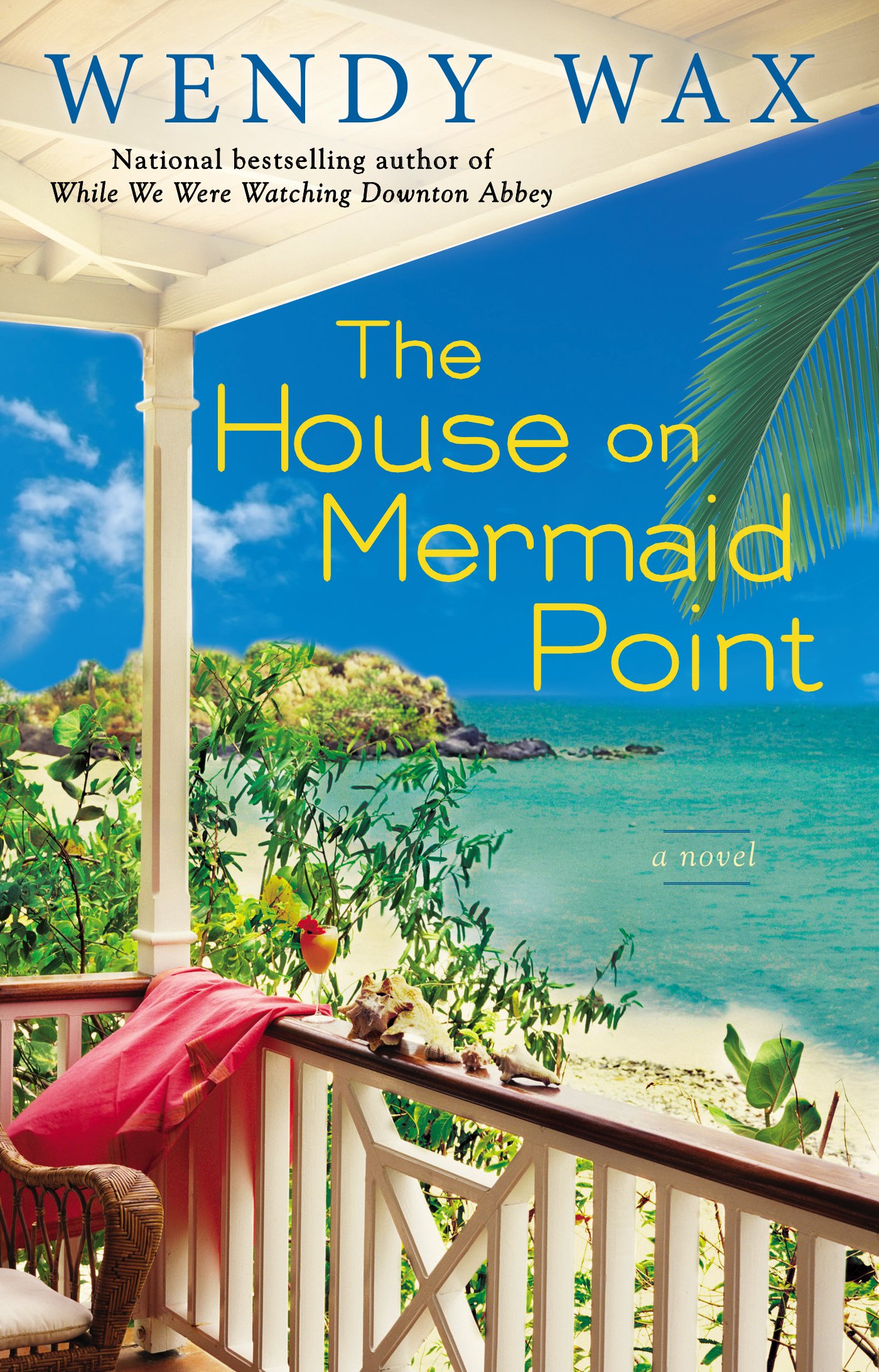 Maddie, Avery and Nikki are working to transform a beachfront mansion into a bed-and-breakfast for a reality show in The House on Mermaid Point. This project proves to create some unexpected challenges that the women couldn’t have dreamed up in their wildest fantasies. Be it an encounter with a rock star, a difficult mother-daughter relationship or a tragedy, these women are in it together.

7.
Elly in Love
by Colleen Oakes 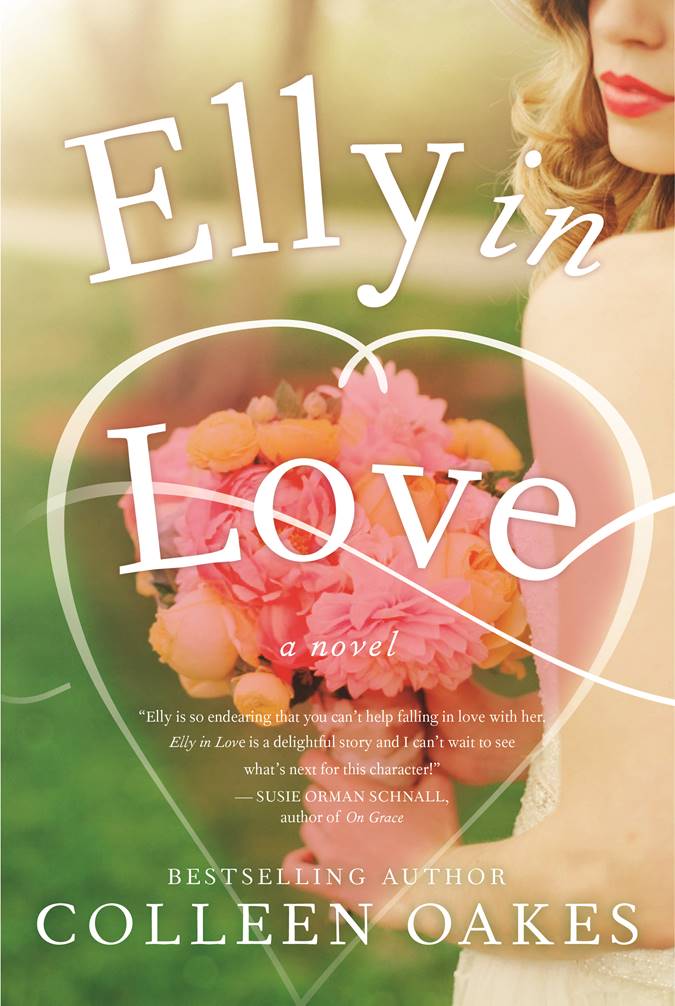 Elly Jordan, florist and owner of Posies, is about to get everything she’s ever wanted thanks to an offer that will allow her to design the wedding of an infamous celebrity. In Elly in Love, Elly’s dreams are about to come true when a stranger shows up at her store with a request that will change every aspect of her life — including a budding relationship. As she struggles to maintain her focus in the midst of growing chaos, Elly learns the true meaning of love and sacrifice.

8.
All Fall Down
by Jennifer Weiner 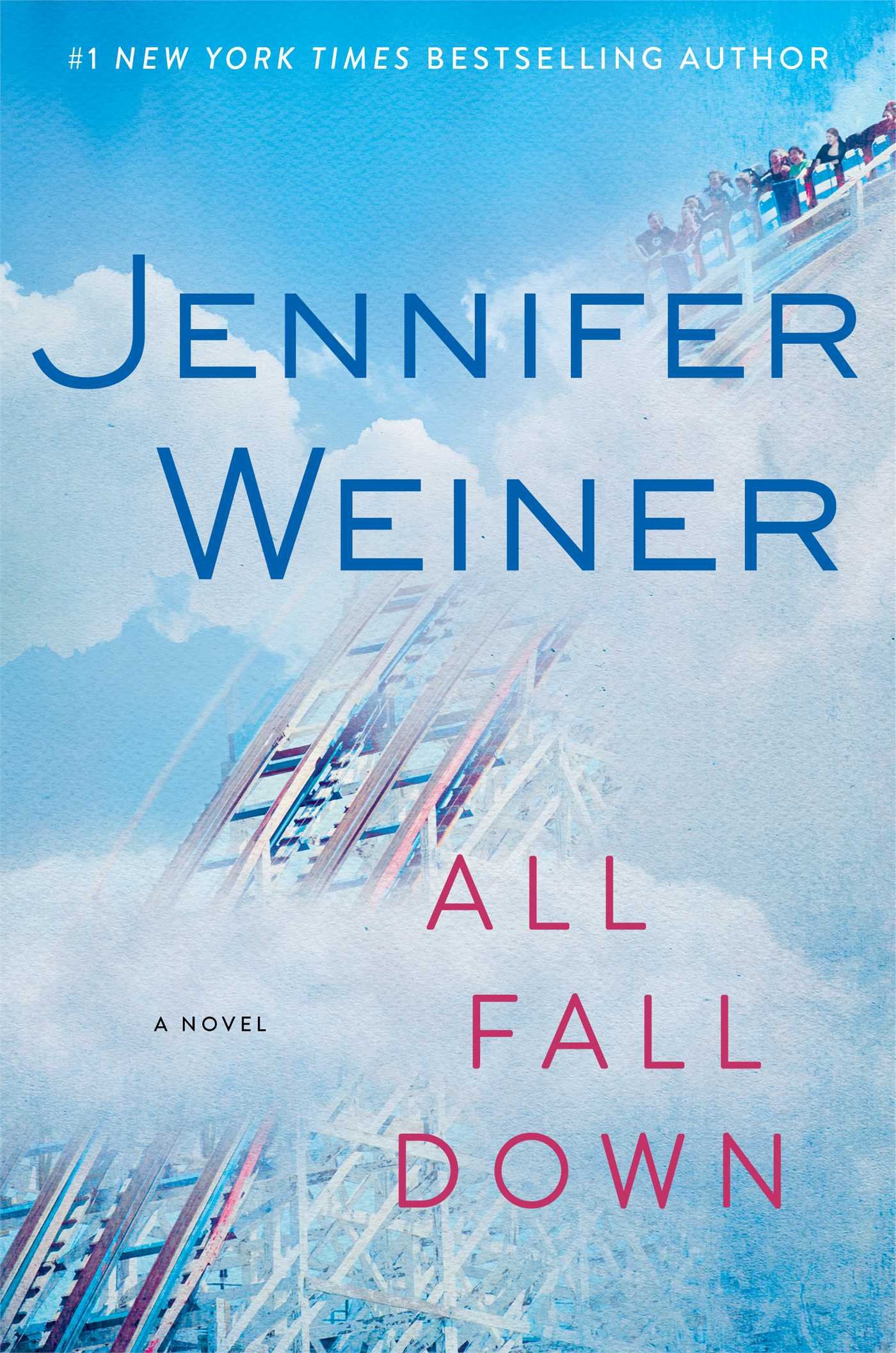 Allison Weiss has everything she’s ever wished for — a perfect husband, a beautiful daughter and an amazing job. But when she starts wondering if her use of prescription pills is becoming a problem, Allison starts to re-evaluate her coping mechanisms. After all, is a Percocet to unwind at the end of the day or a Vicodin after a workout that big of a problem? All Fall Down is a story of slipping into addiction and the struggle to pull yourself back out.

9.
The Engagements
by J. Courtney Sullivan 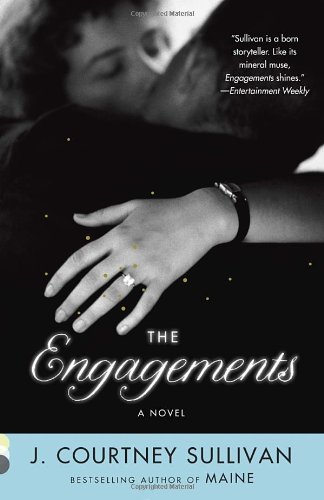 Evelyn has been married for 40 years, but their son’s divorce has put her and her husband at rare odds. James, a beleaguered paramedic, has spent most of his marriage haunted by his wife’s family’s expectations. Delphine has left a peaceful French life for an exciting but rocky romance in America. Kate, partnered with Dan for a decade, has seen every kind of wedding and has vowed never, ever to have one of her own. As the stories connect to each other and to Frances’s legacy, The Engagements explores the complicated nature of relationships. 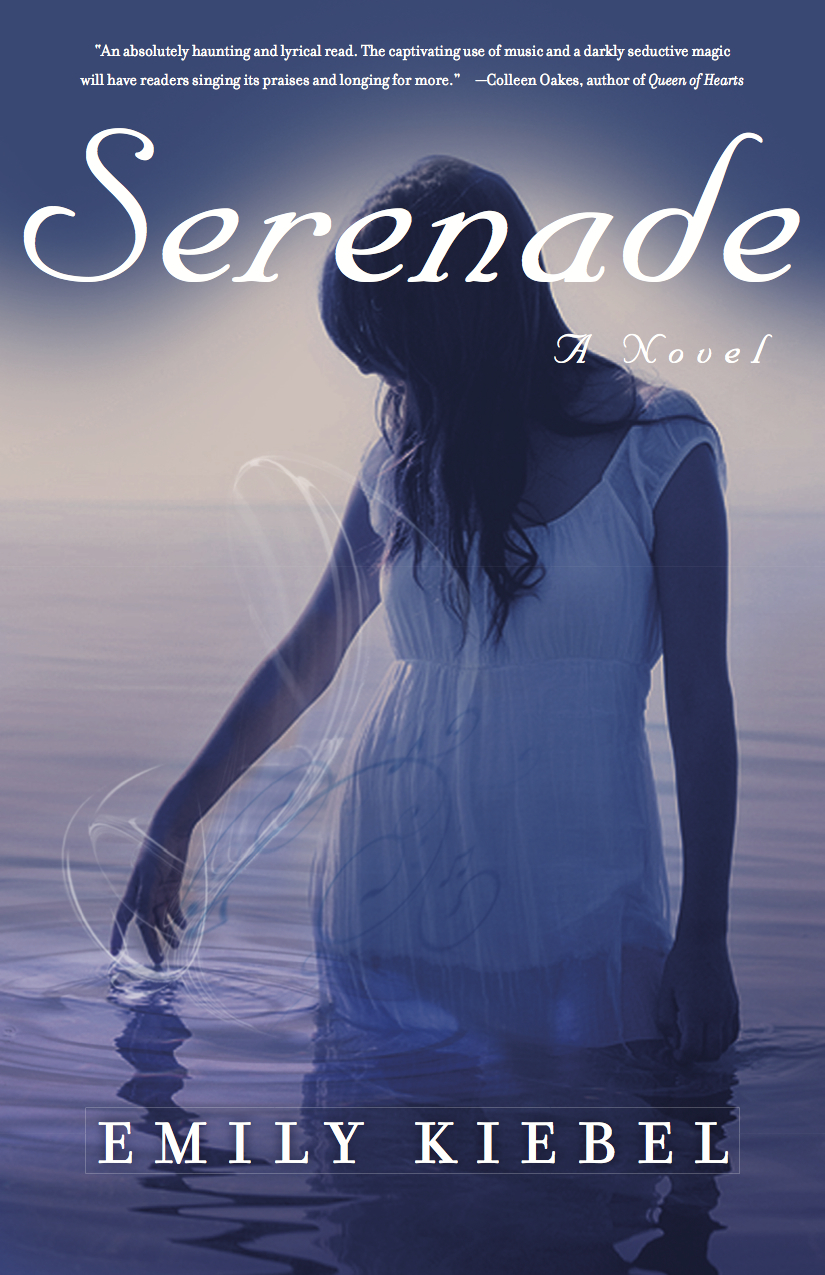 When classically trained singer Lorelei Clark’s father is tragically killed, she decides to visit her aunt in Cape Cod. There, Lorelei discovers that her aunt, and the two women living with her, are sirens. Even more surprisingly, so is Lorelei. In Serenade, Lorelei breaks the sirens’ rule about messing with fate when she rescues a sailor who should have died. The sirens proclaim that Lorelei must finish the job, but she refuses to do the deed and vows to keep the handsome sailor safe at all costs.

11.
The Walk-In Closet
by Abdi Nazemian 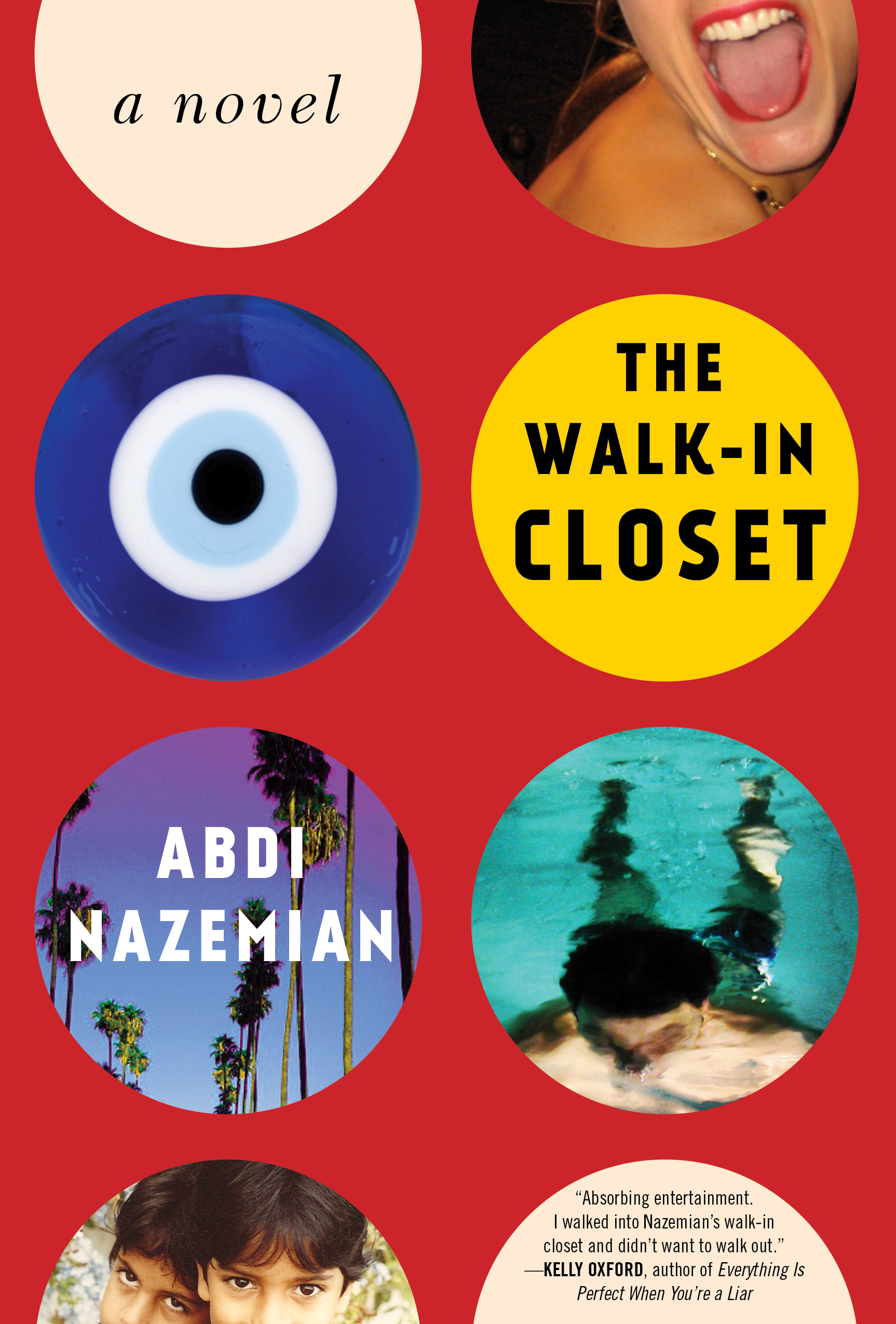 Kara Walker’s life in The Walk-In Closet is not as glamorous as the life of her best friend Bobby Ebadi and his sophisticated parents, Leila and Hossein. When the Ebadis think that Kara and Bobby are dating, she gladly steps into the role and begins enjoying the perks that come with it. But when the Ebadis begin pushing for marriage, Kara must question how far she is willing to go to keep up the façade.

12.
The Vacationers
by Emma Straub 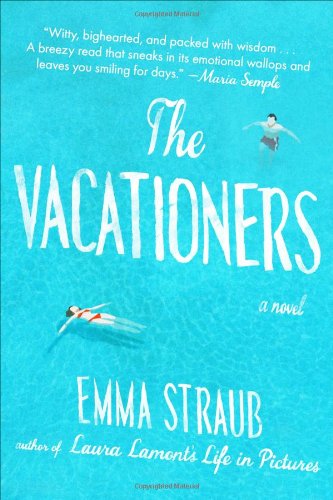 What should be an idyllic two-week vacation in Mallorca for the Post family ends up uncovering secrets, joys and jealousies buried deep among the family members. In The Vacationers, Jim and Franny are celebrating their 35th wedding anniversary and their daughter Sylvia is celebrating her graduation from high school. But since Jim recently lost his job due to reasons that could end the marriage and Sylvia’s goal on vacation is to lose her virginity, this family getaway may turn out to be a learning experience for all involved.