When teen girls share their voice, they get a chance to shape the world. Girls Write Now’s newest anthology Breaking Through aims to make that happen. 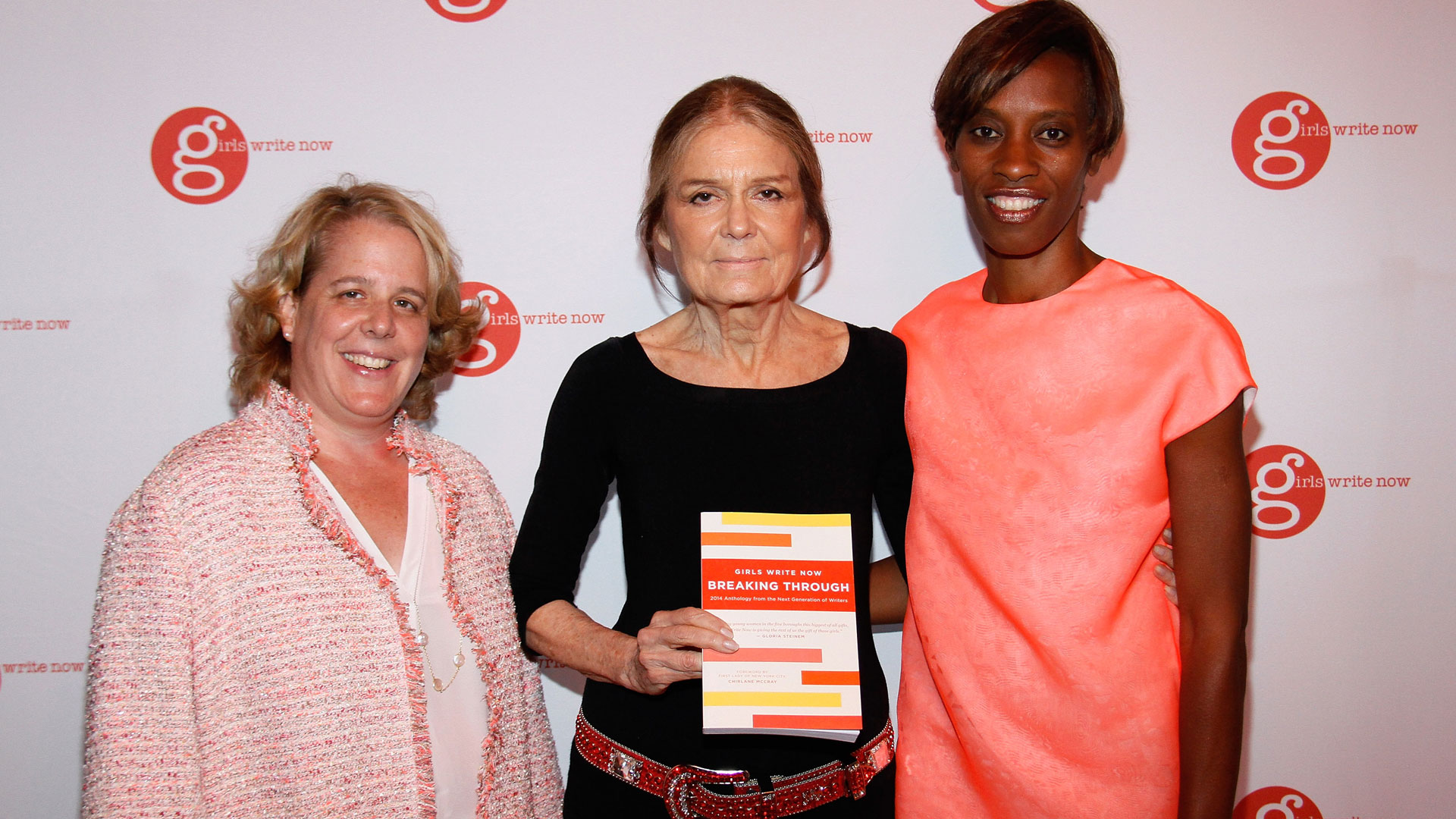 My breakthrough happened when I was 14. I turned in an essay to my English teacher. I’d taken liberty with the assignment and made it funny. She handed it back to me with a note that said, “Colleen, I laughed out loud.” I started bringing her my poems, and she made notes line by line. I still have copies with her supportive and critical comments on them.

Girls Write Now goes beyond that. It works with high-risk girls in New York City and sets them up with mentors who are writers themselves. Breaking Through: Girls Write Now is an anthology that features pieces from these girls on topics from discovering feminism to standing up for the immigrant experience. They share what inspired the pieces and give a glimpse of their mentor-mentee relationships. The book also provides dozens of writing prompts for use by teachers and other leaders.

And while the program has a positive influence on the girls, the truth is, the program is good for the world. As it stands, women’s voices are underrepresented in all spaces, including creative ones. Since 2009, the VIDA Count has been tracking the bias of literary magazines, which overwhelmingly publish more men. Only 13 women have ever won the Nobel Prize in Literature (12 percent of all the Nobel Prizes in Literature). And only 16 percent of “all the directors, executive producers, producers, writers, cinematographers and editors” who worked on the top 250 films in the U.S. in 2013 were women.

Priscilla Guo spent four years with the Girls Write Now program. Her essay in the Breaking Through anthology, “I Have a Voice,” describes her experience at her first stand-up poetry performance. “The words began to flow up and out of me — words that stood not only as a testament to their content, but to my continuity to thrive.” And thrive she has, winning several awards for her poetry and short stories. But her work was about more than the audience’s approval. “I wanted to inspire other girls to be change-makers,” she says in her essay.

When my teacher responded to my writing, I knew that I was being heard. That feeling transformed my whole life. Supporting the courageous storytelling of these girls means more women’s voices are out in the world, changing it, shaping it and making it more equal. It’s an opportunity that would be awfully hard to pass up.

For more information on the book’s upcoming release or to donate to the Girls Write Now program, visit GirlsWriteNow.org.>>