Shot over a 12-year period, Patricia Arquette stars in an unorthodox new film that examines both the profound and ordinary workings of one family’s journey. Directed by Before Midnight‘s Richard Linklater, we sat down with the dauntless actress to find out what making this bold film experiment was like.

Patricia Arquette plays Olivia, a divorced mother with two young kids (Ellar Coltrane and Lorelei Linklater), who is struggling to make a life for her family. Her ex-husband, Mason Sr., (Ethan Hawke), a wannabe musician, has recently returned from a stint in Alaska, hoping to make amends.

The film explores how the entire family manages to grow up, though not without making mistakes along the way. We asked the True Romance actress what attracted her to this project.

“Part of what’s really interesting to me about this movie was that it didn’t really fit a formula that we’re used to seeing. And the guy (Linklater) had 12 years to second-guess himself. There’s no robot busting into the room. There’s no kid getting arrested, ending up in prison or other horrible things happening to him. Those are all the things we expect to happen.” 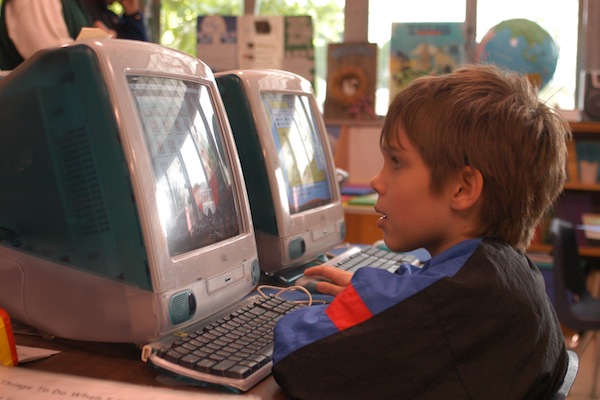 Instead, Arquette says the film quietly examines the smaller moments and events in life rather than force the drama to make a traditional Hollywood movie.

“There’s a scene in the garage with the boys, and there’s a real undercurrent of wilding sexuality, out of control and older, kind of Rasputin-ish boys leading you down a dark path. But it doesn’t go that way.”

Arquette attributes that brave choice to Linklater’s restraint, saying, “He has faith the whole time that life would hold itself. That it’s not about the big moments. He didn’t want to see the first time the boy had sex. He was very clear throughout that life was about the normal moments in between. There are things that are painful in life when they happen, but that’s not the whole story.” 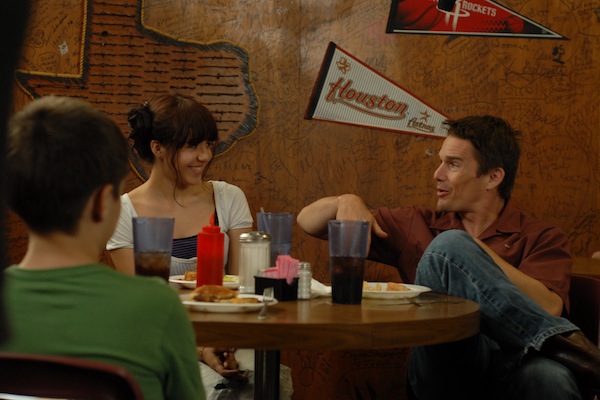 We asked Arquette what it was like to watch herself grow, mature and age over a decade on film. Her answer surprised us.

“Really, I think I’m little strange in that, ever since I started acting, I never really wanted to be an ingenue, even if I was for a minute. I wanted to get out of that box as soon as I damn well could. It’s a very boring and short-lived box. This business wants to freeze you in a time zone of youth, and I really wanted to explode that into a million pieces.”

Arquette gives one blast of a performance, we can tell you that. Boyhood opens on July 11.