It looks like Eva Green is going to have to put on more clothes. Her Sin City movie poster has been banned in the U.S.

Too hot to handle! Eva Green‘s latest movie poster for Sin City: A Dame to Kill For has been banned in the U.S. The actress is wearing a sheer lingerie robe that shows off the shadows of her breasts and nipples.

It was the Motion Picture Association of America, which controls the ratings systems on films, that decided the studio needed to alter the artwork on the poster. According to Deadline, the reasons for the ban were “for nudity — curve of under breast and dark nipple/areola circle visible through sheer gown.”

Sin City sequel finds its Dame to Kill For >> 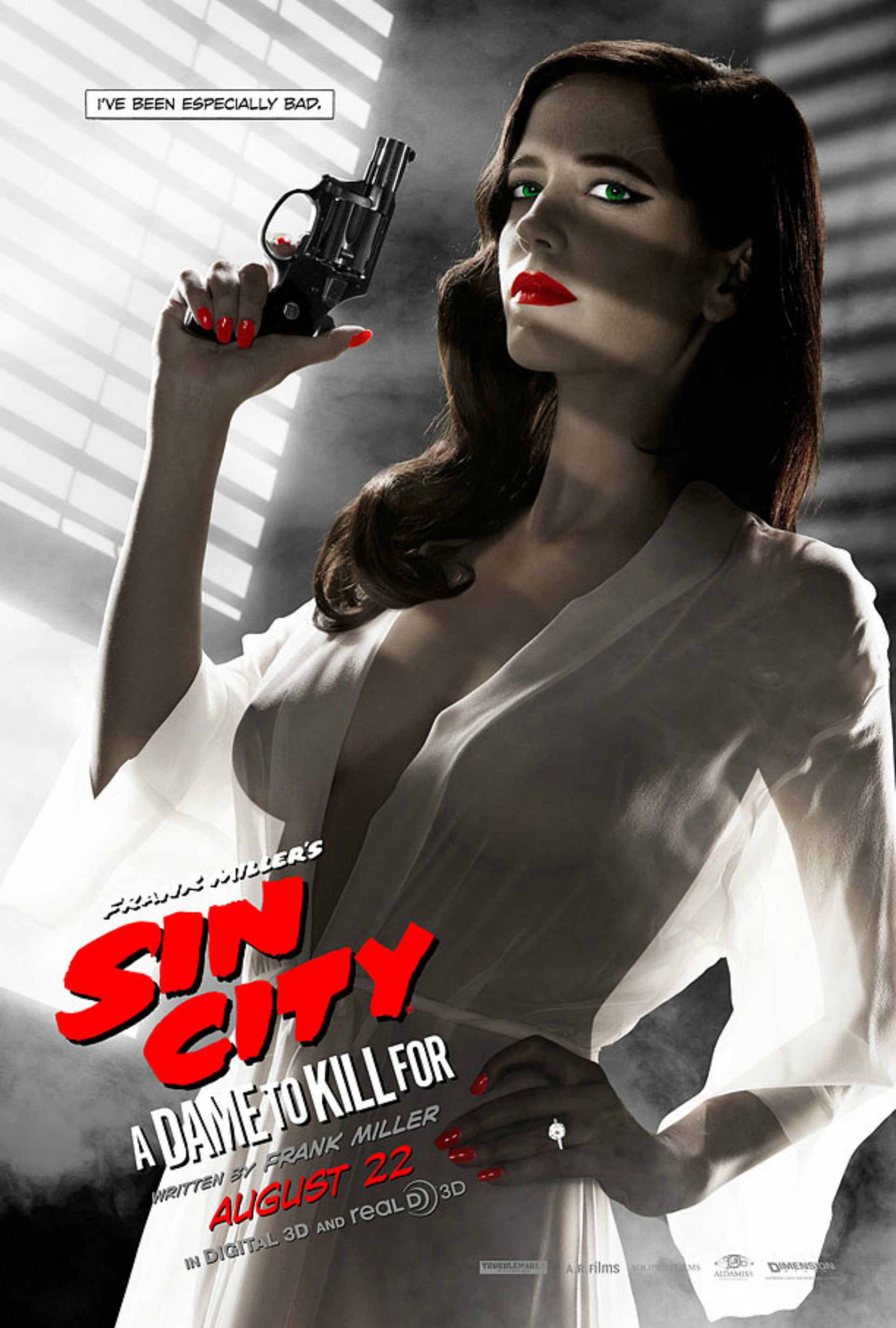 The filmmakers and the MPAA are working together to create a solution. Dimension Films did not have any comment to Deadline regarding the adjustments.

The quote on the poster reads “I’ve been especially bad,” so the studio was clearly looking for a hot and sexy image. Her red nails and lips with her green eyes are the only bit of color on the actress’ photo. She holds a gun up in the air with her hand on her left hip.

The film opens on Aug. 22, so it will be interesting to see how the poster is adjusted before the release of the summer film. The website for the sequel currently features one theatrical poster done in black, white and red with only the actors’ names on the poster.