Something witchy this way comes on Sunday’s all new Salem. In this exclusive clip, Mary’s “private America” involves toying with John Alden while stirring through his dreams.

When John Alden (Shane West) came waltzing back into Salem after years at war, it took everyone by surprise. No one more so than his former flame, Mary Sibley (Janet Montgomery). Little did they know, they’d soon find each other on opposite teams. Still, somewhere deep inside their hearts, they love each other, right?

With Alden in possession of the Malum, Mary is desperate to find it and she’ll stop at nothing to track it down. She can’t exactly go to John and ask him about it without letting him in on her witchy secret, though. Instead, she does what any inquisitive witch would do: she conjures a dream spell to sort through Alden’s mind and find where he’s hidden the Malum.

Or, well… at least that’s what she starts out with the intention of doing. Mary’s once closest companion and guide through witchcraft, Tituba, has concerns Mary is after much more. Once Mary is dream-walking inside John’s mind, she can do whatever she wants. Mary has spent the last few years married to an old man who isn’t exactly desirable. Who wouldn’t have a little fun with their former lover if they could get away with it without anyone knowing the better? If these pictures are any indication, it looks like Mary will have quite the night of fun while tramping through John’s subconscious. 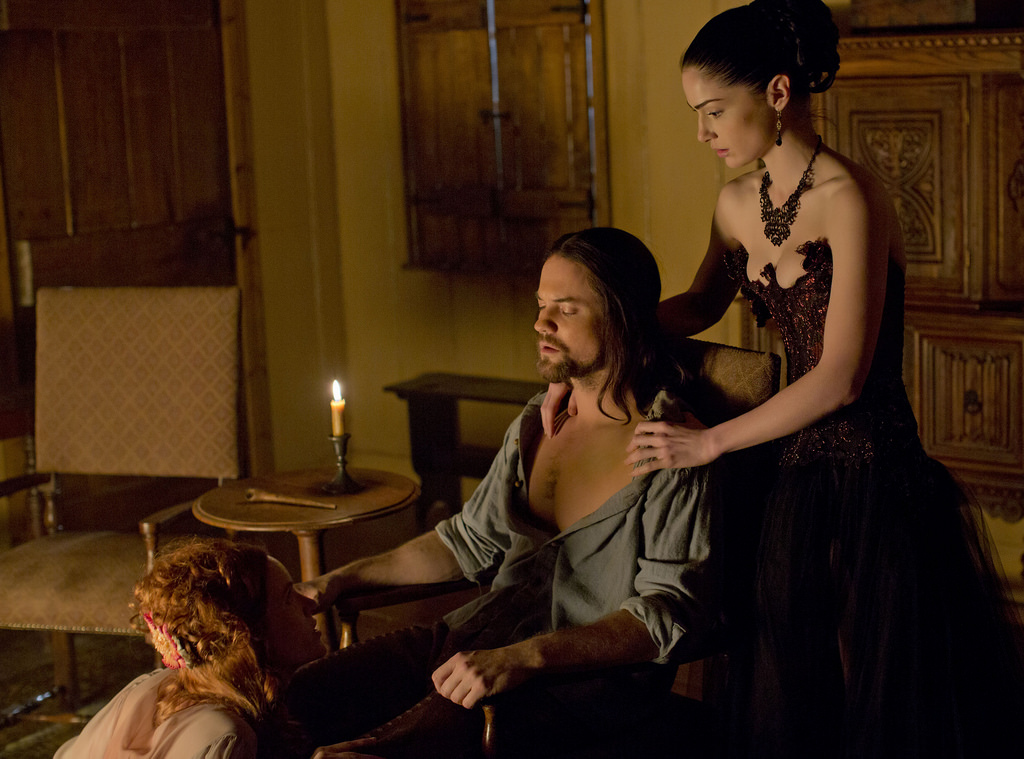 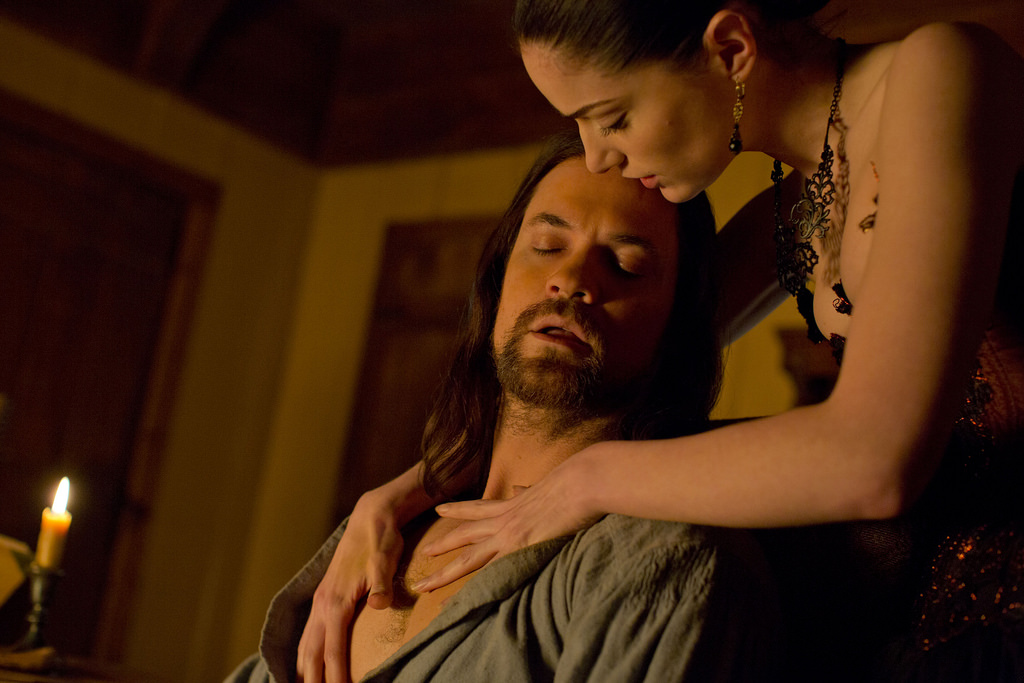 Scandalous! But, what effects will Mary’s mind games play on John when he’s awake? With Salem more dangerous than ever, now isn’t the time for John to suffer the physical consequences of an unrestful sleep. And who can rest with two lovely ladies climbing all over you? John has a witch hunt to contain and Mary isn’t making it easy. Adding to the stress is a visit from Cotton’s father, Increase. (We couldn’t make that name up if we wanted.) Will the more powerful and gung ho Mather man bring the witch hunt to full boil?

A new episode of Salem airs Sunday at 10/9c on WGNAmerica.

Want more TV news and reviews? Sign up for our newsletter right now >>