Ready for a whole new season of love and drama on ABC Family’s The Fosters? We chatted with the cast and got an inside scoop on what’s to come.

When The Fosters ended Season 1, fans were left in the lurch. Brandon was on the ground, his hand smashed in a car door, in indefinable amounts of pain. Lena was pregnant. Anna was missing. It was a mess, and we were dying to see where Season 2 would go. Thanks to a set visit and a rotation of cast interviews, we have a few answers for you. After a five-month jump in time, the Fosters are in some pretty interesting places in their lives.

Of course, we’re dying to know what happens with Brandon. The super-hot musician was in rough shape when we last saw him. Will the piano player recover? Or will music be out of his life for good?

“Music will not go away for Brandon,” David Lambert shared. “It’s just going to change ever so slightly. He’s going to be exploring different outlets. He may be finding himself in some sort of band or musical gathering, so to speak.” 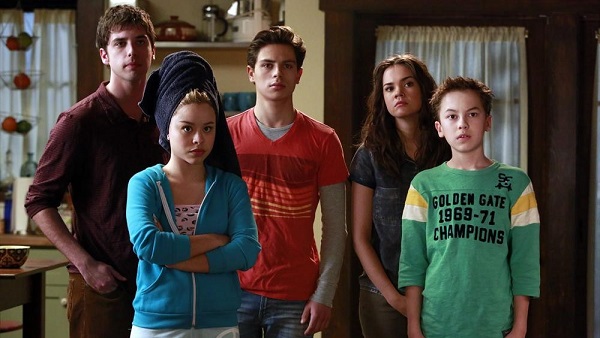 After a five-month jump, that puts Lena at around six months pregnant. Pregnancy is such an interesting and beautiful time in a woman’s life, we were curious how much of it we would see on the show. The cast told us everything we needed to know, from bumps to cravings.

“She’s definitely got some interesting food cravings that the staff all comments on here and there,” Teri Polo (Stef) shared. “It’s one of the funnier parts of the season.”

We also learned whether or not we’d see a bump. At six months pregnant, most moms are showing. Will The Fosters play that up? It sounds like it.

“You will gradually see it grow, ” said Cierra Ramirez (Mariana).

We can’t wait to see the bump and watch the pregnancy unfold. Just because Lena has weird cravings, though, it doesn’t mean you should expect one hot mess of a pregnant lady. To find out how Lena will handle everything else about the pregnancy and how Jude feels about that new baby, watch our interview above.

What else do we know? Check out our red carpet interview with the Fosters cast >>

“He definitely goes through some issues with Callie having a different dad than him,” Hayden Byerly (Jude) shared. “He’s definitely very upset about that. He’s definitely not happy. You know he feels that they’re less of a family because they don’t have the same dad.”

Poor Jude and Callie. Will they ever get to truly feel like a family? From the sound of it, their different fathers aren’t the only thing that will drive a wedge into their closeness. A new family member will also enter the picture when Bailee Madison joins the cast. That will make things even more awkward.

“Jude’s a little threatened by her,” added Byerly. “He’s a little worried about it. He doesn’t like having to share Callie.”

Of course, there’s also everything that happened between Callie and Brandon during the premiere season. Will that end soon? It doesn’t sound like it. You’ll just have to watch our video to find out what Lambert had to say about Callie and Brandon’s relationship, and there’s plenty of other tasty Season 2 treats found only in our video interview. Enjoy the Season 2 premiere of The Fosters!