Oh. My. Lord. Gwyneth Paltrow has done it again. She stepped in front of a microphone at the Code Conference in California and made an a** of herself. Again. Will someone please take mercy on her and offer to be her public relations rep? 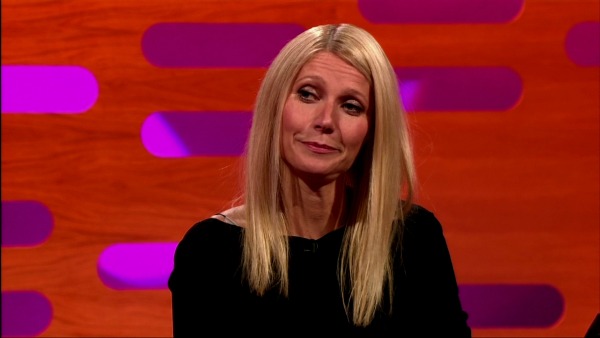 OK, let’s be perfectly clear on one item before we launch into the many reasons Gwyneth Paltrow needs a PR rep, five years ago. (And if by chance she has one, she needs a new one.) Paltrow is clearly well-intentioned. She’s dedicated a lot of time and energy to her website Goop, which we know she thinks serves as a valuable resource for women. Because she is so full of good intent, her uncanny ability to miss the mark time and again when it comes to relating to the public is just sad. That’s what it is. Sad.

Joan Rivers has some very harsh words for Gwyneth Paltrow >>

Paltrow is starting to remind us of that saying, “I only open my mouth long enough to exchange feet.” The Iron Man actress has said so many stupid things at this point that it’s hard to keep them all straight. (We use the word stupid because even though we don’t think Paltrow is stupid, the word is more succinct than “doesn’t-think-before-she-opens-her-mouth.” To err is human, but to p*** people off every time you open your mouth and not do anything about it, especially when you’re a public figure, is stupid.)

Paltrow is the girl who wants to be the cool girlfriend. She wants to relate. She wants to be the friend who dishes up laughs and sage advice over a glass of red wine. But every time she opens her mouth, something high-brow and ill-founded comes out. From her “conscious uncoupling” (please, can’t she just get divorced like everyone else?) to her remarks about how being on set was more of a parenting challenge than an office job, this girl obviously has no idea of the tremendous gap that exists between what she’s trying to say and what everyone else is hearing.

Gwyneth Paltrow “uncouples”: An “undo” list for other celebs >>

Her latest blunder was delivered — on stage, in front of a microphone — at the Code Conference in California. Are you sitting down? She likened harsh online comments to war. “It’s almost like how, in war, you go through this bloody, dehumanizing thing, and then something is defined out of it.” Really? Wow, Gwynie, thanks for giving us another stellar WTF moment. But she didn’t stop there, kids. Oh, no. She just kept plowing on through, implying that it was people’s jealousy of her awesomeness and their emotional shortcomings that they were projecting onto her through harsh criticism. Yeah, that’s what it is. It has nothing to do with her saying something obnoxious every time her lips move.

It’s OK to suck at something, and getting her message across is something Paltrow really sucks at. Just be an adult, acknowledge it and do something about it. Paltrow needs a filter. She needs a wordsmith — someone who can take the intent of her message and craft it in a way that doesn’t send the internet into a frenzy. If she has a PR team, she needs to fire them and start over. If she doesn’t have one, she needs one before she gets voted off the island, permanent-like.