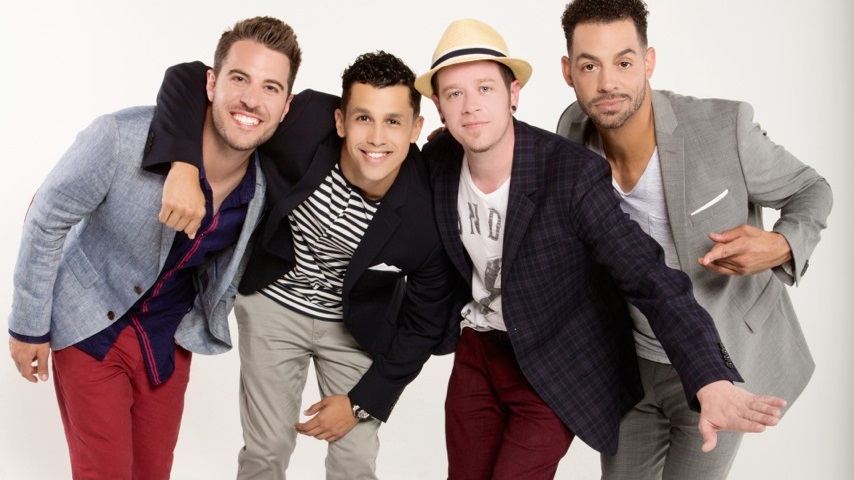 O-Town is back, y’all. It’s been ten Cinco de Mayos and countless bachelorette parties since they found their way into our lives the first time. If you’ve nearly forgotten everything about them other than their existence and fineness, we understand. We’re here to help you refresh your memories while you listen to their new single and they “skydive” back into our lives.

Danity Kane serves up some hater-ade >>

O-Town formed during the premiere season of MTV’s Making the Band. The group, made up of Ashley Parker Angel, Dan Miller, Erik-Michael Estrada, Jacob Underwood and Trevor Penick, formed in Orlando, Florida, which is how the oh-so-dreamy band came up with the name O-Town. Sadly for everyone involved, O-Town was a little late to the boy-band game and only managed to release two albums before the market for boy bands imploded on itself. In retrospect, it may have been for the best. O-Town was managed by the now-infamous Lou Pearlman, who worked with bands like NSYNC, Backstreet Boys and LFO. Pearlman managed contracts that allowed him to make hundreds of thousands of dollars for his “work” with the bands, giving the individual members of the bands very little of the money they earned. Pearlman is now in jail for up to 25 years and O-Town was probably pretty lucky he was unable to steal even more money from them.

They’re back now with a slightly tweaked lineup, new management and hopefully a decent contract. Ashley Parker Angel (the former Nick Carter of the group) refused to join the reunion. However, after hearing the band without Angel, they clearly don’t need him. Their new single, “Skydive” is a brilliant comeback track, sure to land them back on everyone’s radars. (And probably add a little scratch to their wallets.)

Written by two talented Londoners, Samuel Adams and Marcel Wildly, “Skydive” is powerful and poignant. While there are still telltale signs of their boy-band days, “Skydive” has the possibility of taking O-Town to OneRepublic-levels of “cool” with their now grown-up fans, as well as pulling in plenty of new listeners. In the official press released, Miller spoke specifically of the new focus.

“We thought it had a lot of potential so we went in and reproduced the track, changed the key and started to make it our own,” Miller said. “By the end we felt we really had something special. The song showcases everyone in the band and we felt it was a good representation of where we want to go musically.”

You can begin buying O-Town’s new single on July 27 and their new album, Lines & Circles, is slated for release on August 3. Breathe, ladies. Just breathe.