The effect of violence in the media has long been a subject of discussion, but journalist Ann Hornaday added another dimension to the conversation by calling out misogyny in the media in the wake of the UCSB shooting. Is she on to something? 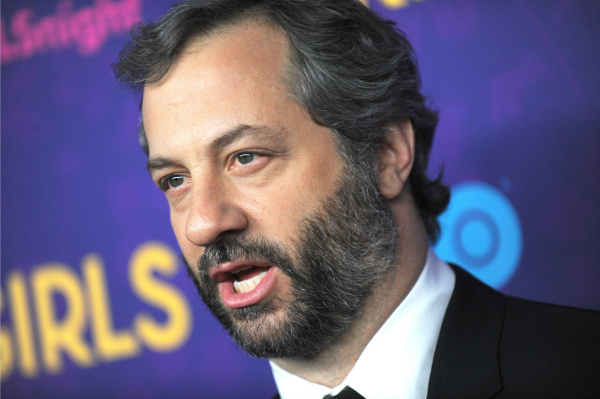 In the wake of 22-year-old Elliot Rodger’s violent rampage in Isla Vista, California, over Memorial Day weekend, journalist Ann Hornaday — along with countless writers, reporters and members of the media — weighed in on the tragedy everyone is still grappling to come to terms with.

But what Hornaday had to say in her pointed Washington Post op-ed isn’t sitting well with some entertainment industry insiders, likely because she essentially says they are to blame.

“Indeed, as important as it is to understand Rodger’s actions within the context of the mental illness he clearly suffered, it’s just as clear that his delusions were inflated, if not created, by the entertainment industry he grew up in,” the film critic penned.

Rodger — whose father, Peter, was assistant director on The Hunger Games — killed six University of California, Santa Barbara students before taking his own life. Prior to the attacks, he spelled out his motive in a disturbing video posted online and in a 140-page manifesto titled My Twisted World.

According to Hornaday, Rodger’s gripes about being rejected by “the females of the human species” and his need to prove himself as “the true alpha male” were direct reflections of “the toxic double helix of insecurity and entitlement that comprises Hollywood’s DNA.”

The problem? White men control mass entertainment, she opined. And those white men, she boldly claimed, are filled with “escapist fantasies [which] so often revolve around vigilantism and sexual wish-fulfillment (often, if not always, featuring a steady through-line of casual misogyny).”

To hammer home her point, Hornaday singles out director Judd Apatow for his “comedies in which the shlubby arrested adolescent always gets the girl.” How many men who were raised on such movies, she wonders, feel irrationally angry when they fail to get their own happy ending? Or feel unfairly left out of the stereotypical college experience when their own doesn’t match “outsized frat-boy fantasies like Neighbors” that are brimming with “sex and fun and pleasure”?

Seth Rogen, who starred in Neighbors, expressed his outrage over the mention on Twitter, saying “@AnnHornaday I find your article horribly insulting and misinformed. How dare you imply that me getting girls in movies caused a lunatic to go on a rampage?”

The essay similarly incensed Apatow, who responded, “She uses tragedy to promote herself with idiotic thoughts… most of Earth can’t find a mate — someone to love. People who commit murder of numerous people have mental health issues of some type.”

And therein lies the crux.

Although Hornaday does note that Rodger must have been suffering from some sort of mental illness, her argument still places much of the blame somewhere other than the individual. In that respect, I worry that it falls within the same wheelhouse as the affluenza defense, a term that went viral late last year when Texas teen Ethan Couch received only probation after killing four people while driving drunk. The argument that kept him from going to jail? That he suffers from “affluenza,” a rare (imaginary) condition he developed because his wealthy parents let him get away with anything.

“If our cinematic grammar is one of violence, sexual conquest and macho swagger — thanks to male studio executives who green-light projects according to their own pathetic predilections — no one should be surprised when those impulses take luridly literal form in the culture at large,” Hornaday said.

We respect the point that Hornaday is trying to make: that women are woefully underrepresented behind the scenes in Hollywood (accounting for only 16 percent of directors, producers, writers and other creatives in the biz), and that they are often misrepresented on camera.

Having said that, I’m of the belief that people are responsible for their own actions. At the exact moment Rodger was choosing to act in violence, countless others were choosing to act in compassion or love or selflessness. He made a selfish decision. He chose hate. And because of his actions, the world has lost six bright young souls.

Seth Rogen, Judd Apatow: Why not support #YesAllWomen instead? >>

What do you think? Let us know via comments and by taking our poll.