Jack is briefly reunited with Audrey, Margot’s plan is partially put into play, Naveed tries to be a hero and Kate works with Chloe to try and save some lives, in “3:00 p.m. to 4:00 p.m.” 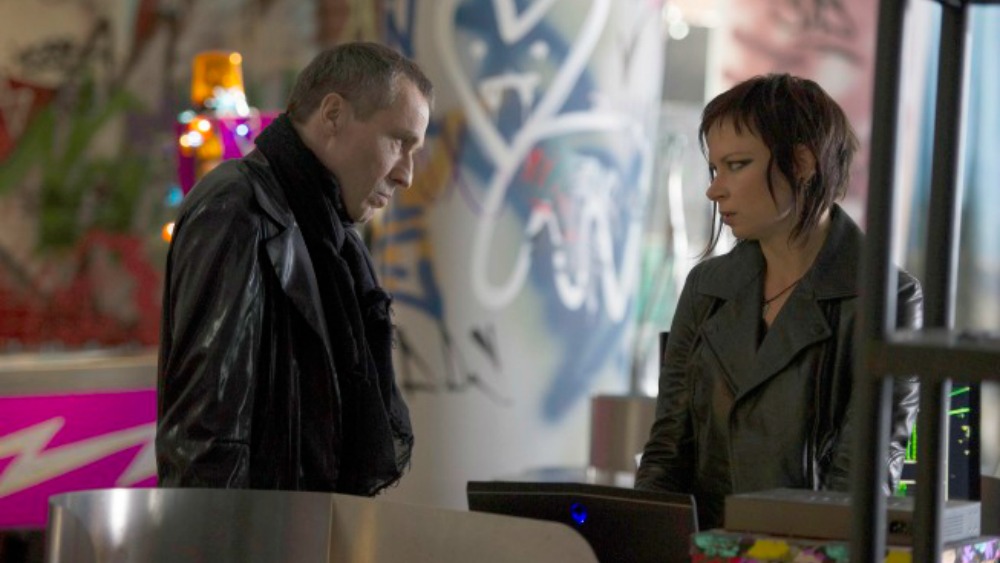 There was a lot of blaming and one very big bang in this episode of 24: Live Another Day, which made me think of a certain R.E.M. song.

Some of the blame was deserved and some not so much. At the very beginning of the episode, Margot went to visit Simone and told her poor, injured daughter not to blame herself for what happened. I actually laughed out loud at that. Blame herself for her mother having a goon chop off her finger to force the man she loved to commit murder? I doubted that’s where Simone’s mind went at the time.

Naveed was the real hero of this episode, though it turned out that he needn’t have wasted his time. In my review of the last episode, I said I was rooting for him but underneath I knew he was probably a lost cause. Poor Naveed took so many steps to make sure that Simone would be safe and what does she do? She goes right back to being her mother’s obedient little lap dog and doesn’t do anything to stop Naveed from being killed. Any sympathy I had for her instantly evaporated in that moment and I have no problem with blaming her as much as her mother for anything that happens from now on.

The real emotional moments in this episode came from Jack and Audrey’s reunion. It was a touching scene, especially when the two of them touched their foreheads together and spoke in reassuring whispers. Audrey blamed herself for not fighting harder for Jack, but he of course told her it wasn’t her fault as he had indeed committed the crimes, though for complicated reasons. Jack begging her to leave immediately nearly broke my heart as it told me that all he wanted in that moment was for her to stay, but of course knew that it wasn’t a good idea.

Kate was another hero in this episode. She’s had about a million excuses to walk out the door and never look back. But each time she’s ordered to leave, she always finds new information and instead sticks around to try and save some lives. That final explosion looked very scary, but it also looked like Navarro and Ritter got out alive.

Of course that was only a short reprieve since there are still a handful of drones out there being controlled by Margot and on their way to London. Looks to me like the president has no choice now but to do things Jack’s way. And really, isn’t that always the best way?

Jack creating a diversion so that Kate could get out of the room with the flightkey.

Chloe remarking that she was going to keep reminding Adrian every day for the rest of his life that Jack was going to jail because of him.

Navarro promising Kate that she would get through it all.

President Heller: “You’ve been in exile for four years, Jack. Haven’t you learned anything?”

Naveed telling Simone all the things he did to ensure her safety. This guy is my new hero.

Jack and Audrey’s reunion and both of them agreeing they didn’t know where to begin. What a beautiful and sad moment.

Not being able to believe my eyes when Simone stood by and watched her mother kill Naveed.

What did you think of this episode of 24: Live Another Day? Were you surprised by Naveed’s death?