In the face of failure, some people pack it in. But when nearly every country label in Nashville, Tennessee, rejected Jessie James, the then 15-year-old didn’t give up. As her debut country EP begins to take off, we chat with the down-to-earth singer about music, that hunky NFL hubby of hers, new motherhood and much (much) more.

When record label after record label in Nashville, Tennessee, said no to a fledgling Jessie James, the gutsy newcomer didn’t get discouraged. Instead, she began refining her craft under the watchful eye of Big Yellow Dog Music’s Carla Wallace. And soon enough, the power of persistence paid off.

At 17, she caught the attention of renowned music exec L.A. Reid and soon after landed a recording contract with the major label Mercury Records. Despite the initial excitement — and her album, Jessie James, debuting at No. 23 on the Billboard 200 — the singer’s troubles weren’t over yet.

“It really was a struggle, especially when you’re with a powerhouse company like that,” she explained of wanting to create a country album while being pushed in a pop direction. “I didn’t feel like I had any say in what I wanted to do. All I could do is throw my hands up and say, ‘I quit this.'”

So that’s precisely what she did. In the midst of making her second album, she pulled an incredibly gutsy move by stopping production. 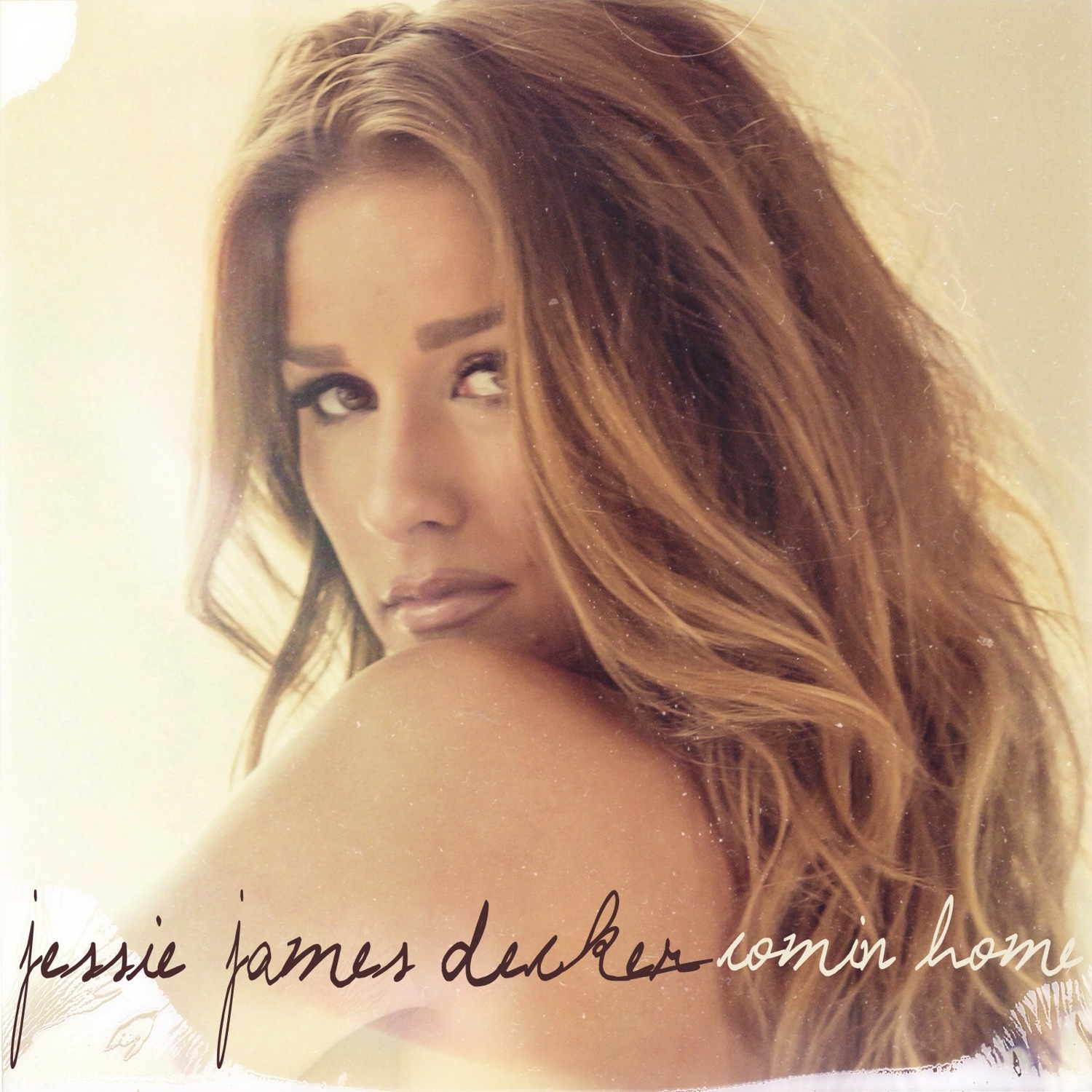 Now, 26-year-old James — who became James Decker last year when she married NFL wide receiver Eric Decker — is in that happy space that exists when you see a big risk become a realized dream. Her six-song debut country EP, Coming Home, just hit No. 1 on iTunes.

As for the response from the country music world, Decker says so far, so good. “The fans have been amazing,” she said. “I love how involved they are in letting me know what songs they love the best, and what they’re really drawn to.”

Her fans aren’t the only ones showing the EP some love — her husband seems to be enjoying it, too. “Eric’s favorite song is ‘Rain on the Roof of This Car,'” she said. “He plays that one over and over again.”

When it comes to her top pick from the album, though, Decker has trouble choosing just one. While she’s most proud on a songwriting level of “Breaking Your Heart,” the sentiment behind another song on the EP really resonates with her.

“My meaning for ‘Coming Home’ was wanting to get home to my husband, because I’m on the road, and I miss him from touring and all that stuff,” she elaborated. “Then the other meaning is for a lot of our military families whose husbands are overseas, and they’re just dying for them to get home. So I just really love that song, because it has a really special meaning and can relate to so many different people.”

And when it comes to relating to people, Decker is becoming quite adept, thanks in large part to the popularity of the couple’s reality show Eric & Jessie: Game On.

“We are not walking around showing off our diamonds and Louis Vuittons and talking about superficial stuff all the time,” she posited. “We’re just real. I mean I’m in sweatpants half the time. I didn’t want to really try to be somebody that I wasn’t, and I think I’m just like any other girl in her early 20s.”

Of course, another part of Decker’s appeal lies in her candor. This girl is not afraid to be totally up front, often to the point of TMI. It’s endearing, but it’s not without its moments of embarrassment for the Italian-born, Southern-raised singer.

“You know, I will say a lot of the penis comments sometimes seem a little overboard,” she laughed. “But what people should know when watching the show is that we film and shoot for our reality show over, like, a two-month course of time. I could have said one penis joke every two weeks, but they chopped it up and put it all in 20 minutes. So you’re hearing me say a penis joke five times in a row when I probably said it five times throughout the entire season.”

Jessie and Eric took fans on a particular intimate journey with them as they chronicled her pregnancy with the couple’s now 2-month-old daughter Vivianne Rose — a journey that has evolved into juggling being a new mom, a rising country star, a reality TV star and a wife.

“Honestly, I could not do it without my sister,” she gushed. “There are times when I want to go to the studio and work and write, and my sister is right there to take care of her and be with her… and she’s amazing. She’s been so helpful, and I’m very lucky to have her.”

Decker’s sister isn’t the only one lending a hand, however.

“I knew that Eric was going to be a good dad, but I didn’t think to this level… I mean, it’s ridiculous how great he is,” she said of her husband, whom she estimates handles 80 percent of Vivi’s diaper changes. “He has those instincts, you know, that lot of men have to learn, and he just had them immediately.”

With such a solid support system in place, Decker is poised for a banner year. Until the family of three heads to New Jersey in the fall to be near Eric’s team, the singer is logging major writing time at their home base in Nashville. And, although she can’t reveal too much just yet, she’ll soon be launching her own line of beauty and fashion products.

But as Decker circles around the subject of her daughter, it’s clear the role she relishes the most right now is mommy. “Oh my God, I cried every day after I had her. I would just sit there crying, holding her and being like, ‘I love you!'” she told us. “It’s just been amazing. Vivianne is the best thing that’s ever happened to me, and I’d give up everything for her. She’s my No. 1 priority.”