Sit through the 8 minutes of credits after the movie — or better yet, run to the bathroom and come back — if you want to see this secret cryptic scene that may set up the next X-Men installment. 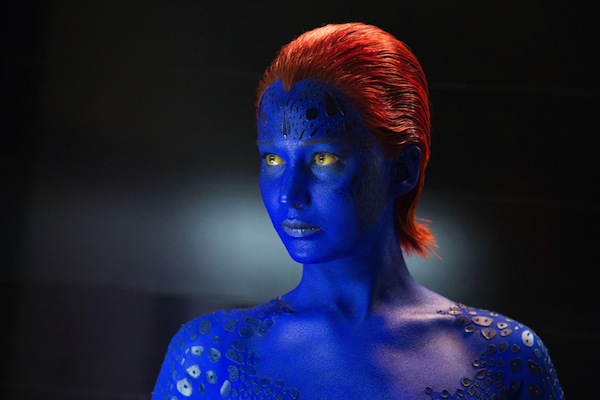 X-Men: Days of Future Past is a whirlwind of a story, not only traipsing across the globe to China, Paris and Washington, D.C., but also going back and forth in time, settling into the year 1973 for much of the experience.

But it’s where the film takes us in the extra scene after the credits that has true X-Men fans buzzing with intrigue.

X-Men: Why every woman must see this film >>

A desert scene appears with golden sand and mild winds. This is a very different local than the Richard Nixon White House seen earlier in Days of Future Past.

A hooded figure appears, wearing what seems like ancient Egyptian clothing. While we don’t yet see his face, a crowd of people below him chant “En Sabah Nur.” As the figure raises his hand, he signals a futuristic pyramid that assembles before our very eyes.

If you’re familiar with the X-Men comic books, then you know that “En Sabah Nur” is also the name of an X-Men villain sometimes called Apocalypse. This villain grew up in ancient Egypt and is known for having gray skin and blue lips.

So, why this scene? The next film in the franchise is titled X-Men: Apocalypse and, clearly, the filmmakers couldn’t help but give us a taste of what’s to come in 2016.

Apocalypse deals with ancient mutancy. What would humans have thought mutants were? What would mutants think humans were? You’re dealing with gods and things like that. And what if one survived and what if that found its way into our world?

While we’re not happy to find out we have to wait two years for the next movie, we are at least glad to know that Jennifer Lawrence, Michael Fassbender, Nicholas Hoult and James McAvoy have all signed on to reprise their roles as our favorite mutants.

X-Men: Days of Future Past opens in theaters today.