Early in the week, Selena Gomez took to Instagram to share a bikini shot, explaining that she was “taking her power back.” Hmmm. How she defines power isn’t the only thing that confused us about this social media revelation. 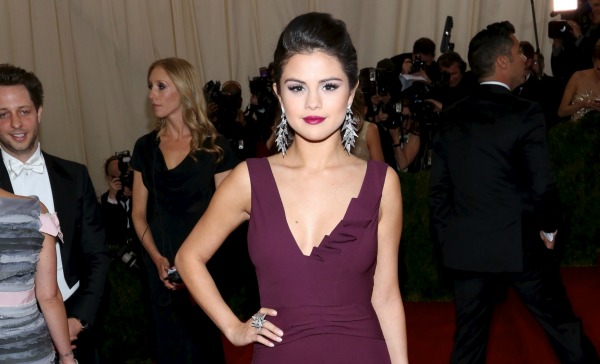 Let’s first address Selena Gomez‘s caption declaring that she is taking her power back. Who stole her power? The music industry? Disney? Justin Bieber? Alcohol? If any, or a combination of these things is true, congratulations are in order. If you’ve lost yourself in a job, relationship or to addiction, you know how it feels when you come out on the other side. You realize you did lose yourself temporarily to whatever had its claws in you. And if you’ve ever quit anything like drinking or smoking, you know how amazing it feels to be free of those shackles for good.

It’s inspiring to see a young celebrity who went to rehab bounce back. And if she’s broken ties with the misbehaving brat-face Bieber (did we say that out loud?) once and for all, she sets an example for young women who find themselves in roller-coaster relationships steeped in toxicity.

We’d be remiss, however, if we didn’t point out that she chose a sultry bikini photo of herself to declare she is taking her power back. Perhaps we’re reading too much into it — it may just be a happy vacation photo. The image does look a bit staged, making us wonder if Gomez confuses sexual power with overall personal strength. The line has been crossed in such a profound way by young stars who build their celebrity status with oversexualized lyrics, videos and acts that it would be easy to confuse real power with superficial sexual power.

Whom is she speaking to, and what is she saying?

Whom is this message intended for? Is it really just a “Hey, check me out while I chill on the beach” vacation photo, or is it a “In your face Justin Bieber, I’m so over you” image? And what does “I still obsess over pickles” mean? Is “pickles” a code word for Bieber or partying? (Lord, we hope not!)

It’s all so confusing. Gomez looks great, and she seems to be making a concerted effort to get her stuff together (which is more than we can say for many of her contemporaries), so we wish her all the best.