The trailer for Zach Braff’s new film about family, fatherhood and pursuing your dreams reminds us why we love him.

The official trailer for Zach Braff’s new film, Wish I Was Here, has just dropped, proving why this actor/director deserves a permanent place in our hearts.

Just the right amount of angst

Zach Braff seems to enjoy asking big questions about happiness and the meaning of life in his films. In Garden State, he plays a depressed and isolated LA actor who finds meaning after connecting with an epileptic Natalie Portman in his hometown in New Jersey. In Wish I was Here, he’s playing a dad struggling with his own father’s illness and asking big questions like, “Doesn’t God believe in my pursuit of happiness?” We don’t know about you, but his angst-ridden characters turn on our inner Florence Nightingale and make us want to reach right through that silver screen to sooth his ills.

With Garden State on the books as having one of the best soundtracks ever, Wish I Was Here has a lot to live up to. Fortunately, Braff looks to be living up to his reputation as the ultimate mixtape creator, bringing in music by The Shins, Bon Iver, Coldplay and Cat Power. We’re forecasting heavy downloads when the soundtrack becomes available. 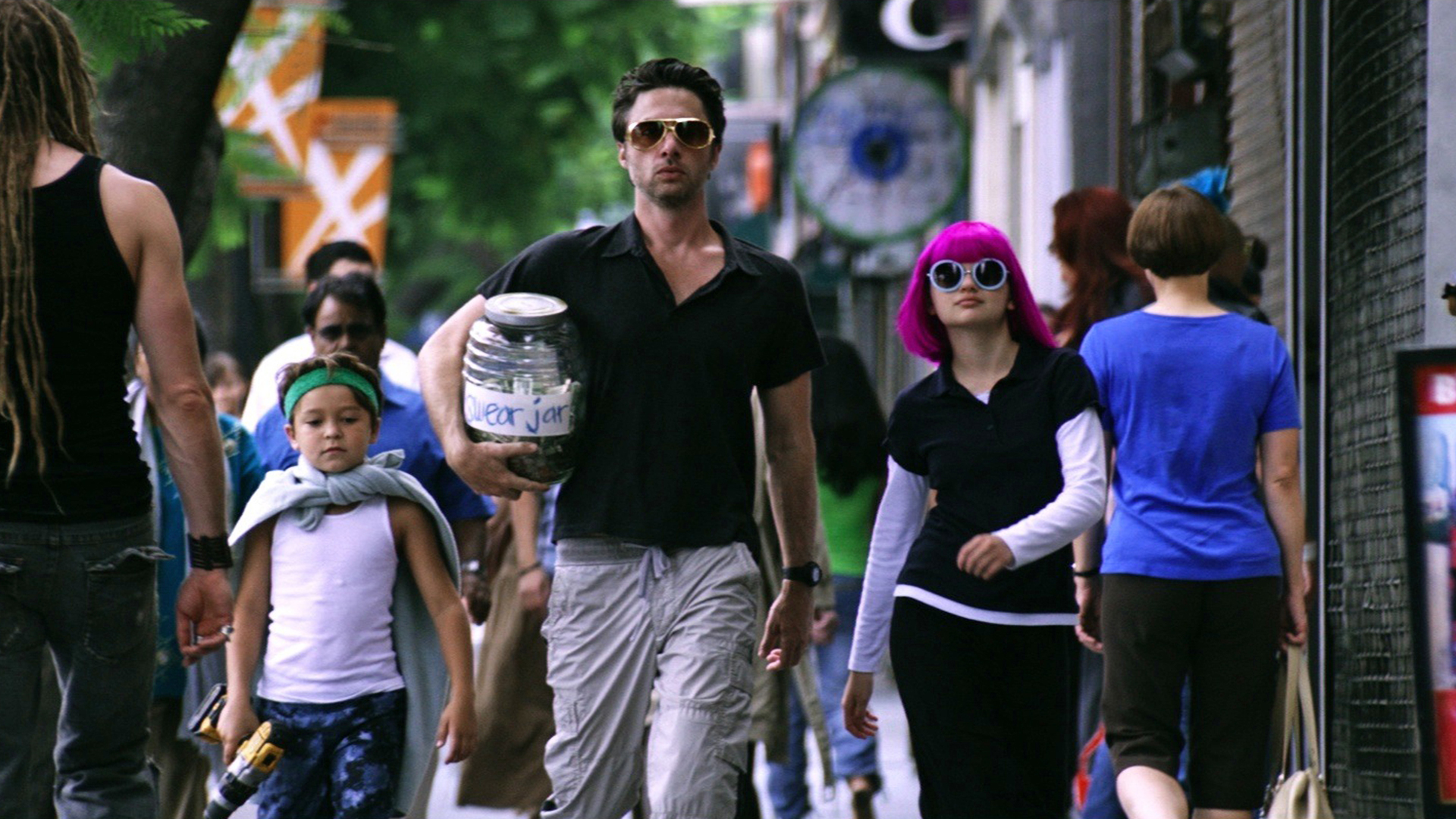 We don’t know what Zach Braff puts in his hair, but it works. Its works so well.

Although controversial, Braff’s use of Kickstarter to fund his sophomore film was an incredibly smart business move on his part. Not only did he raise more than the $2 million necessary to make the movie, he created a strong legion of ready fans eager to help promote and cheer on the project — all while maintaining artistic control so that he wouldn’t have to compromise his vision to big studios.

The two actors have been almost inseparable since working together on Scrubs. They hang together, they laugh together, they take tons of amazing pictures together. Braff is even the godfather to Donald Faison’s son. So seeing them on-screen together again fills our hearts with the warmest of fuzzies.