The Billboard Music Awards delivered plenty of shock and awe — a dead Michael Jackson performed, Kendall Jenner butchered her lines and instead of grinding up against a bent over Miley Cyrus, Robin Thicke begged for his wife back. But there remain two shocking moments no one is talking about. Here they are. 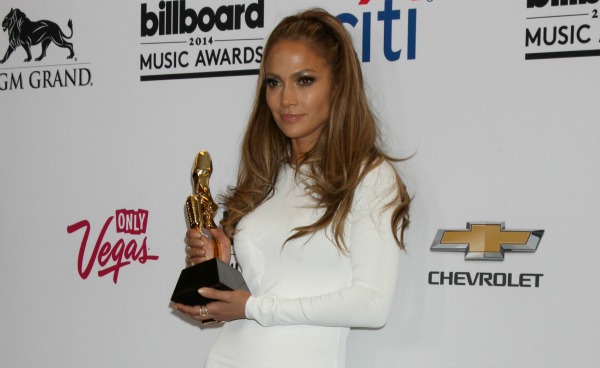 Madam Jennifer Lopez, recipient of the Billboard Music Awards’ Icon Award, didn’t seem too enthused about sharing the stage with Claudia Leitte during the opening performance of “We Are One” with Pitbull. We can hardly blame her — the performance fell flat with Pitbull sounding like he was out of breath the entire time. But the moment no one seems to have noticed is when Pitbull hugs up on Leitte after the song is over, and when he reaches for Lopez, Ms. Icon has already exited stage left. Was Lopez late for a wardrobe change, or was she just not feeling sharing the spotlight with another hot female performer?

Did JLo go through Rihanna’s closet for the Billboard Music Awards? >>

Beyoncé, recent cover girl for Time‘s 100 Most Influential People, racked up an impressive seven Billboard Music Award nominations, second only to Justin Timberlake‘s 10. Oddly, Queen Bey did not score a single award from her seven nods. Not one. Perhaps the most shocking loss was for Top Female Artist. The competition for this category included Rihanna, Miley Cyrus, Beyoncé, Lorde and Katy Perry. Jaws dropped everywhere when Perry was announced the winner for Top Female Artist. When we think of Perry, we think of the somewhat silly cartoon anthem “Roar,” the catchy but highly criticized “Dark Horse” and the completely bizarre “Birthday” song.

The evolution of Beyoncé: How she became Queen Bey >>

Beyoncé and Lorde have had stellar successes in the past several months — even Cyrus has stayed on the top of the heap when it comes to generating headlines. Rihanna, for all her personal issues and ongoing love affair with Instagram, has arguably had a more impressive career than Perry. But to be nominated seven times, as Beyoncé was, and not receive a single honor — especially after such a successful year — is shocking. It would appear that Pitbull wasn’t the only one snubbed at last night’s Billboard Music Awards.