Take note, fashionistas! Wearing your bathrobe on the red carpet is this year’s hottest trend. See what JLo wore at the BBMAs.

At Sunday’s 2014 Billboard Music Awards, it looked like Jennifer Lopez took a cue from Rihanna‘s 2014 MTV Movie Awards red carpet outfit. The latest trend at award shows is to wear your bathrobe. 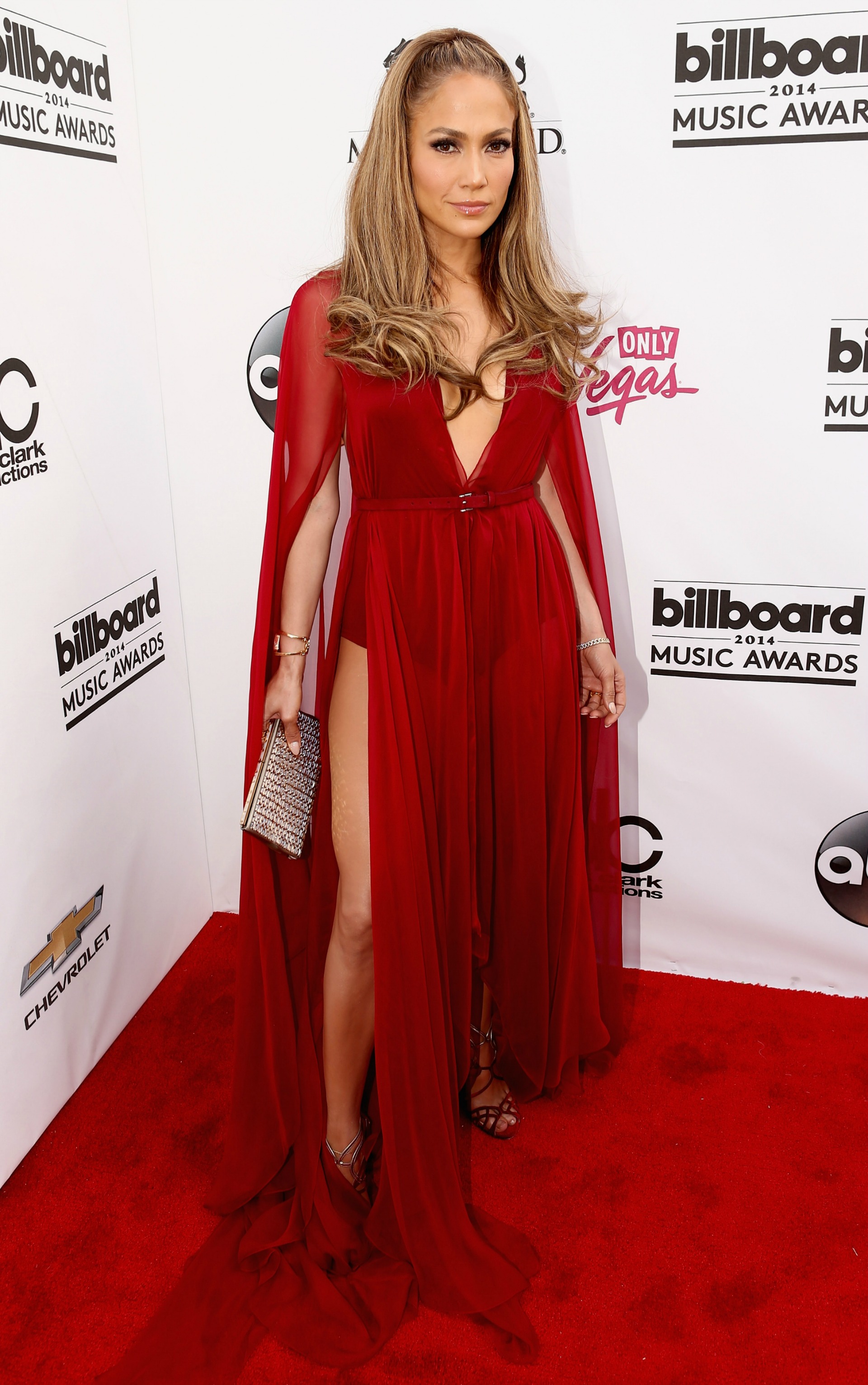 The American Idol judge wore a Donna Karan ensemble that mirrored RiRi’s look just last month. Of course, JLo took it one step further with a big splash of color that turned everyone’s head. Her gown was done in red.

The 44-year-old mom of two walked the carpet with her beau, Casper Smart. She kept her makeup simple and clean with a ’60s-inspired hairstyle — swept bangs with a little volume in the back, falling in soft waves. 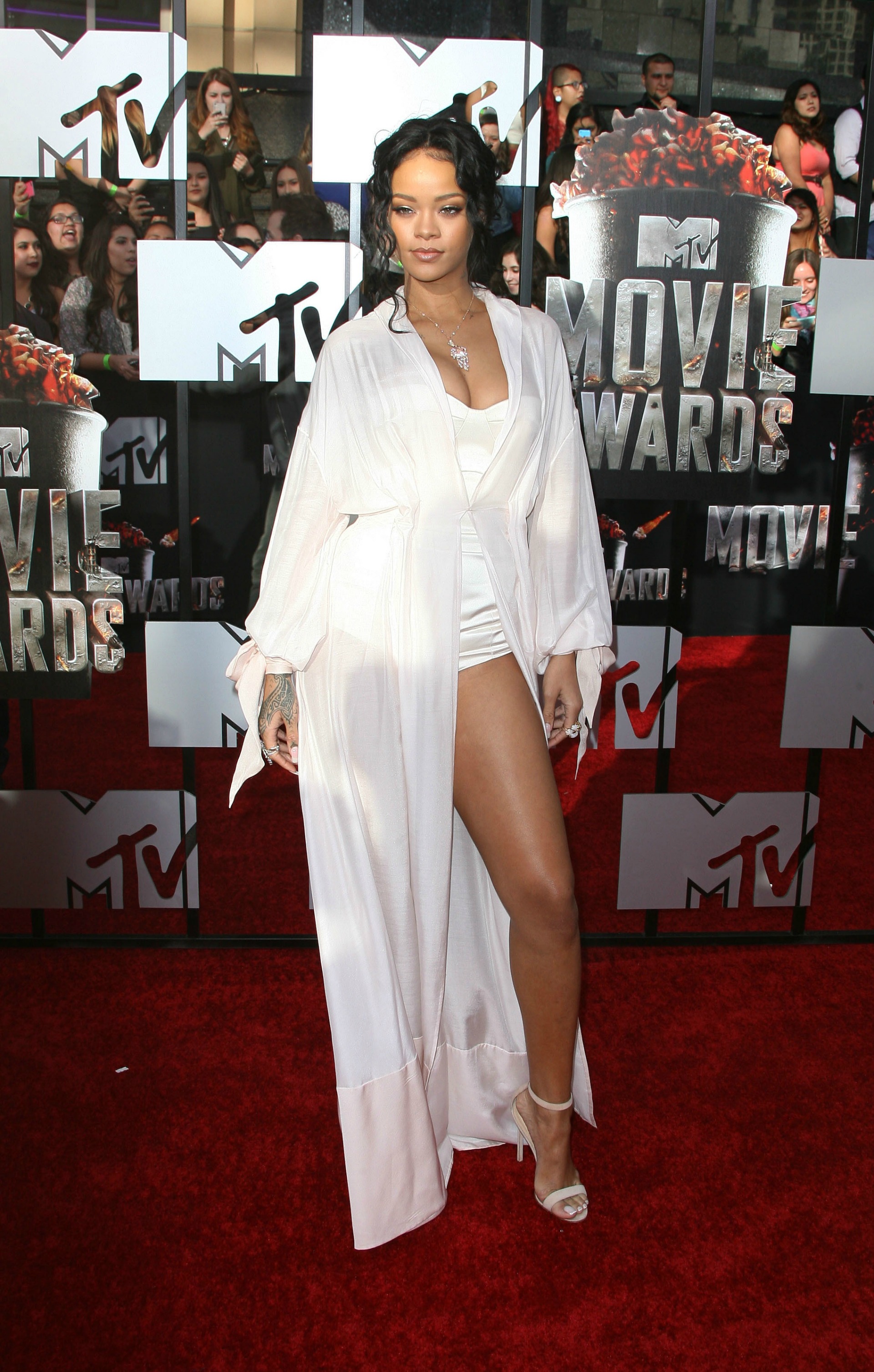 Even though JLo had a bit of Rihanna-inspired wardrobe, she has the edge over the “Umbrella” singer. Lopez made sure her look showed off her gorgeous curves, while RiRi opted for a softer, more flowing look at the MTV Movie Awards.

The “On the Floor” singer also had a bit of fun with her gown by whipping it around in front of her fans. The official BBMAs’ Twitter account even posted a screencap from their live feed.

Besides performing with Pitbull at the BBMAs and receiving the Icon Award, JLo has a big week with the finale of Season 13 of American Idol. The winner will be decided on Wednesday, May 21.

Who wore this look better: RiRi or JLo?