Chrissy Teigen can make anything look good, and her BBMAs dress is further proof.

Chrissy Teigen may very well be one of the hottest women in Hollywood right now, and she knows how to make even the most bizarre outfit look beautiful. She showed up to the 2014 Billboard Music Awards looking hot, but her dress was a bit of a question mark. 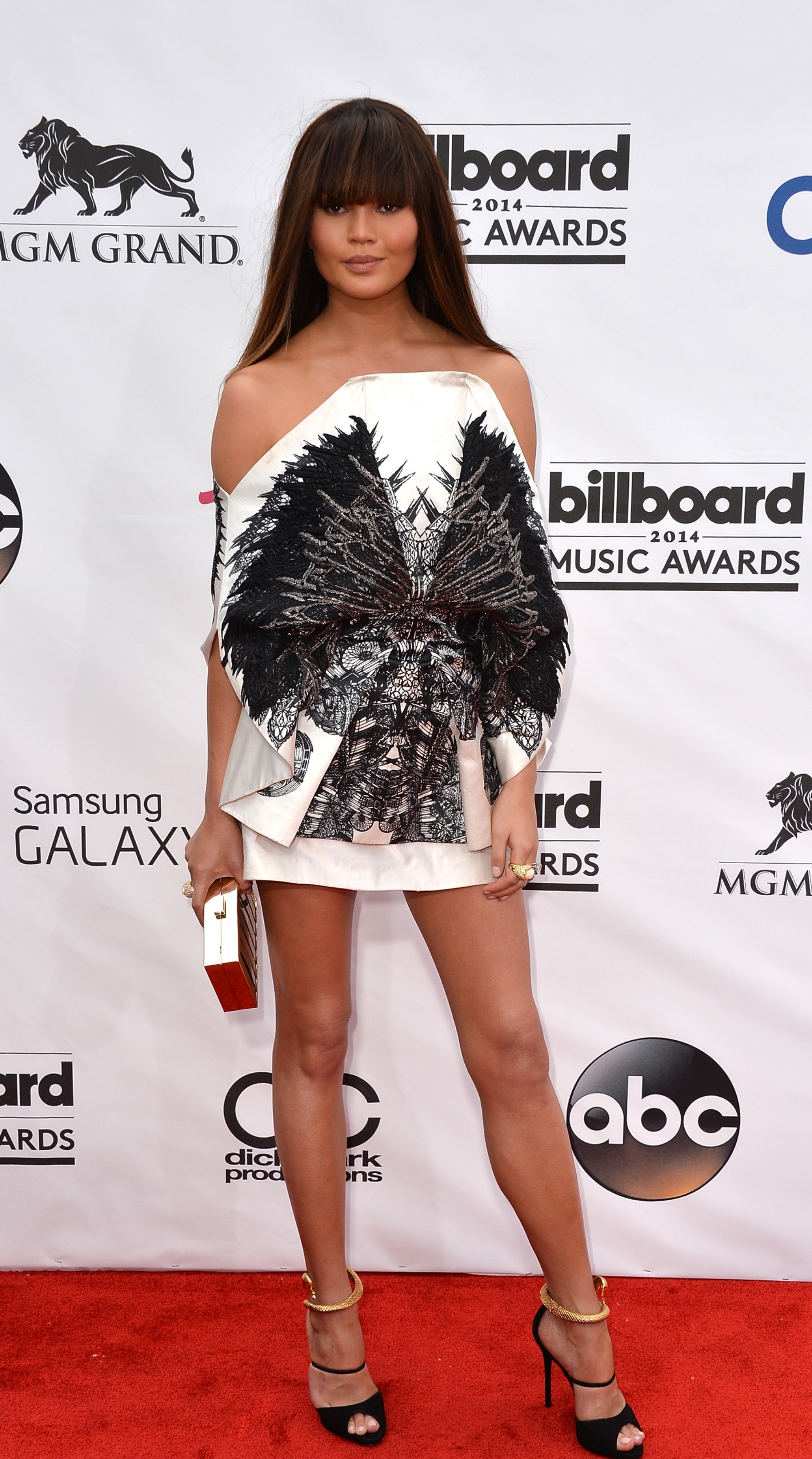 Teigen showed up on the arm of her husband John Legend wearing a black and white dress with a unique design on it. The question, though, is what was that design? It looks like it could be a tribal figure with a pyramid at its base. But the image isn’t obvious, and it sort of resembles a psychiatrist’s inkblot test (also known as the Rorschach test).

Legend showed up in a navy blue suit, and the couple looks as gorgeous as they always do on the red carpet. In March, they arrived to the Academy Awards and were by far one of the cutest couples on the red carpet.

But despite all that gorgeousness, Teigen has shown she doesn’t care what people think of the way she looks. Just last month, she called out some fat-shamers on Instagram. After posting a photo of herself, she received some mean comments about her weight.

“Honestly f*** you all. Why do I even open anything up to you,” she wrote. “In what other real life situation would you walk up to someone and tell them they’re fat or gained weight? Seriously you are POS.”

Teigen is pretty busy with her career right now, most recently making a (hilarious) appearance on Inside Amy Schumer this season.

What do you think of Chrissy Teigen’s dress? Gorgeous or just too weird?