She’s back and better than ever! Kesha makes a big splash at the 2014 BBMAs red carpet. 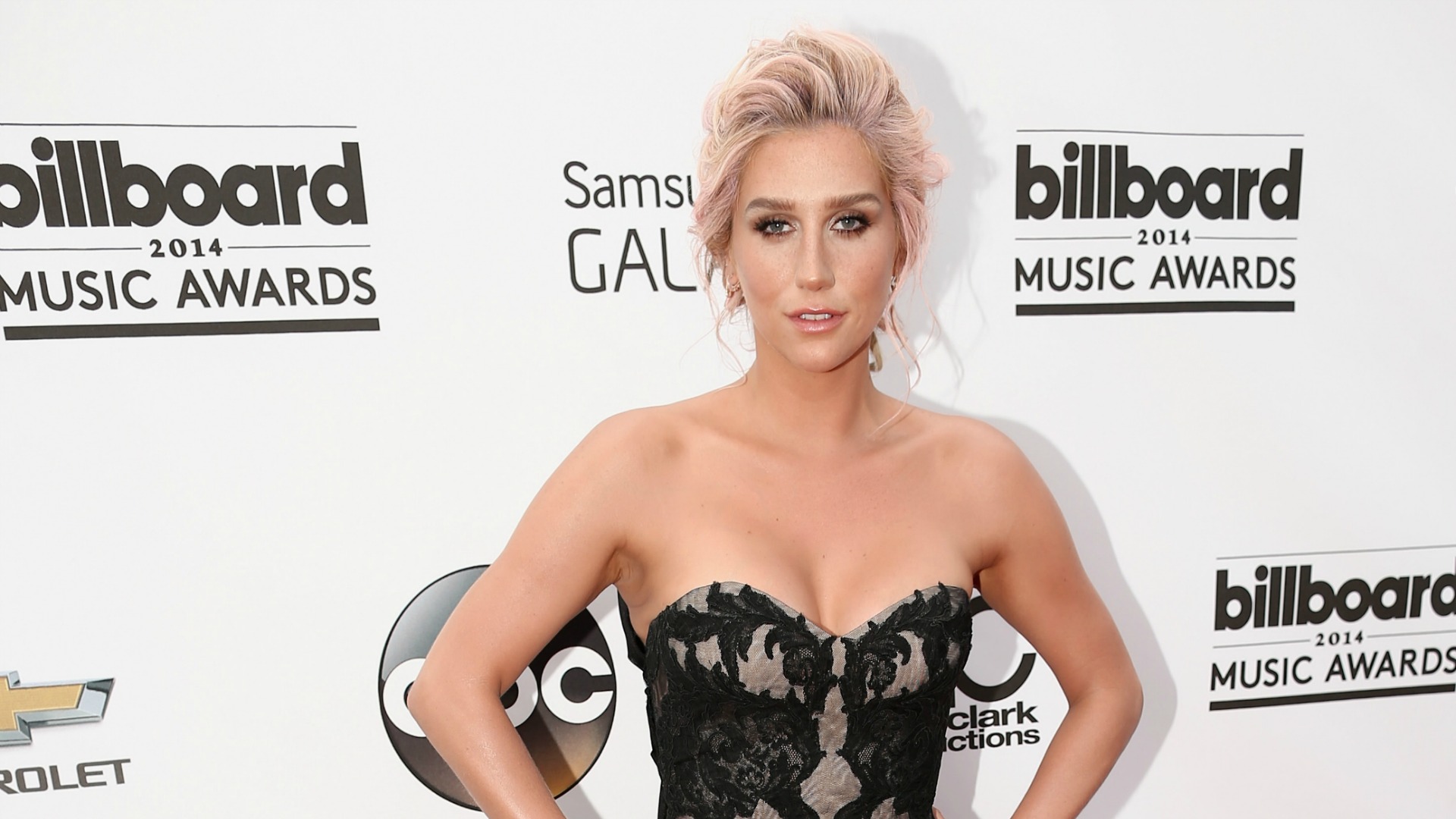 Kesha has endured a tough year since she went to rehab in early January to deal with an eating disorder. On Sunday night, she made her big comeback on the red carpet of the 2014 Billboard Music Awards, and she looked amazing. 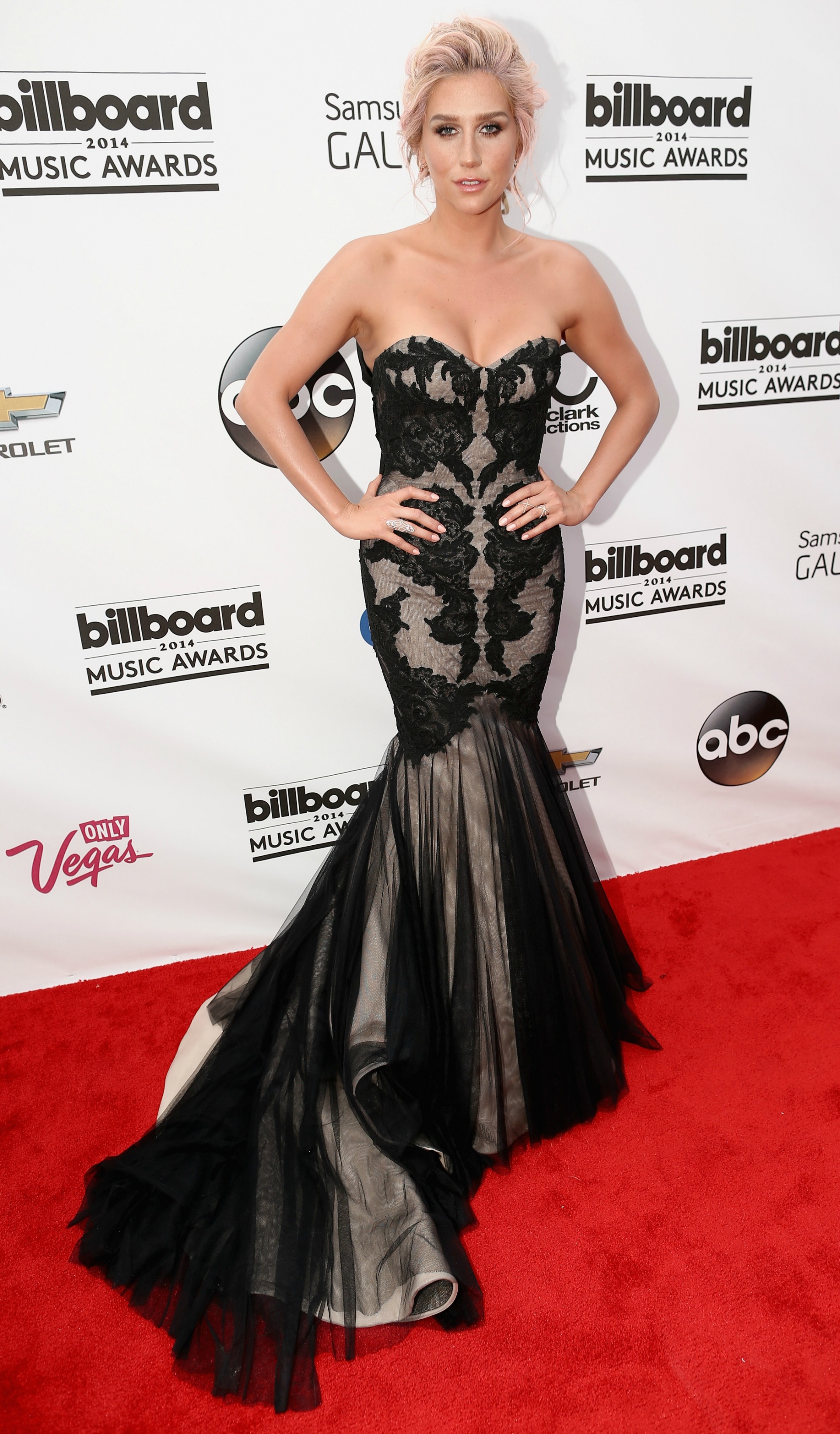 The BBMAs are a big deal for the “TiK ToK” singer because not only does she want to prove to her fans that she’s happy and healthy, but she’s also part of a big ABC announcement. The 27-year-old singer was added to the judges’ panel of the network’s new summer show, Rising Star. She will be joined by Brad Paisley and Ludacris.

For her big appearance this weekend, Kesha wore a stunning black mermaid gown with lacy accents. Her hair was swept up in a messy do with subtle pink highlights. Her complexion looked dewy and fresh as she happily posed for the cameras.

Kesha even tweeted her enthusiasm about the night ahead. 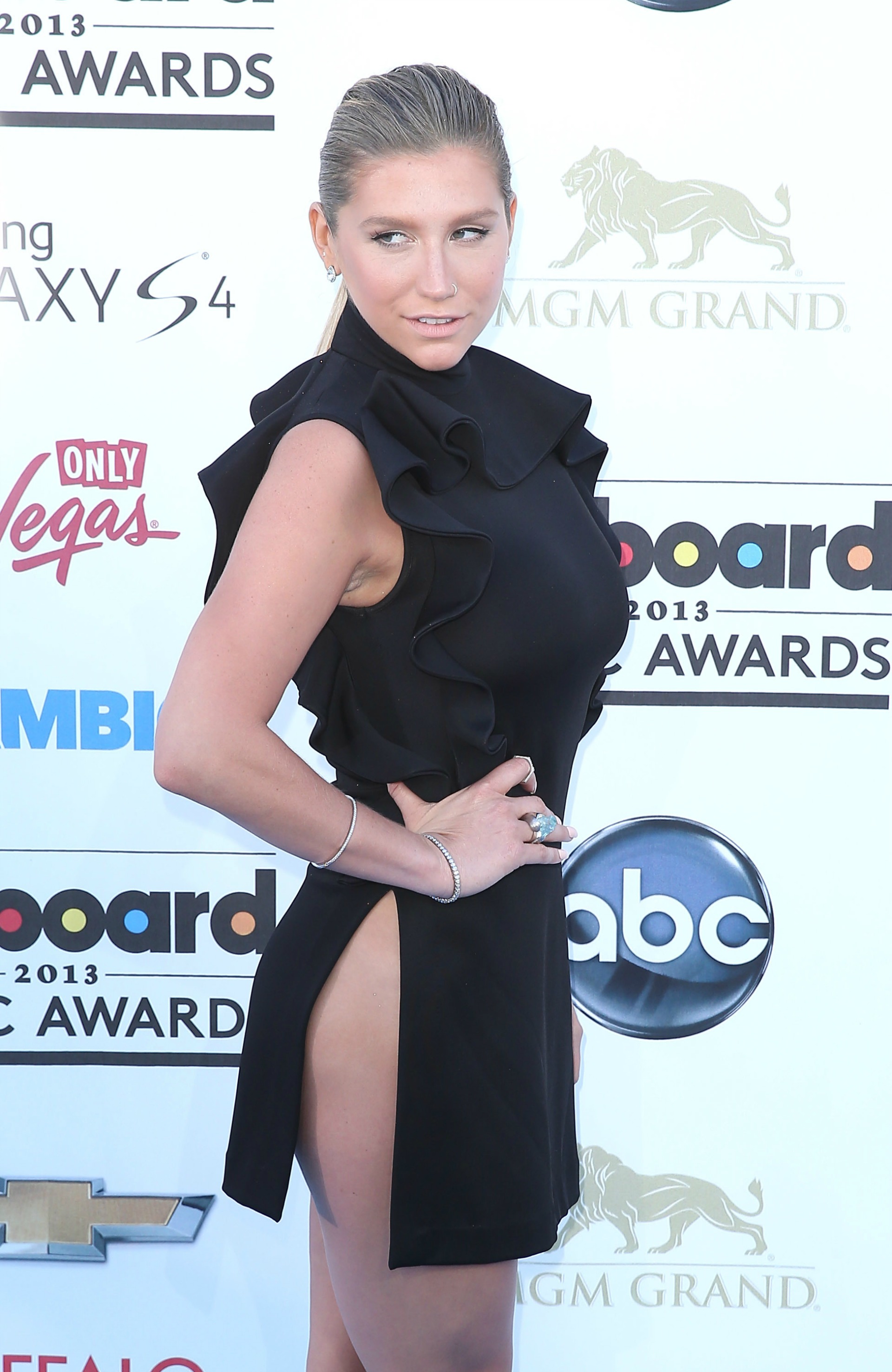 It’s quite a contrast to the singer who last year wore a revealing short black dress by Givenchy with slits so high, there was no possible way to wear undergarments. She had slicked back her hair in a sleek ponytail, but her appearance was tired and wan.

After her exit from rehab in early March, Kesha promptly dropped the $ symbol from her name to mirror her new life. Now, she’s just Kesha, back and better than ever!