Here we go again! The Ukrainian journalist known for pulling celebrity pranks strikes again. Who did he get at the Cannes Film Festival?

This was not what America Ferrera was expecting when she attended the Cannes Film Festival. The 30-year-old actress was just trying to pose for photos when she was pranked by notorious red carpet punk Vitalii Sediuk.

The cast of How to Train Your Dragon 2 was at the Palais des Festivals when the Ukrainian journalist ran onto the carpet, laid down on the ground and put his head under the former Ugly Betty star’s dress. He was quickly corralled by security. Ferrera remained under control but was shaken up by the event. 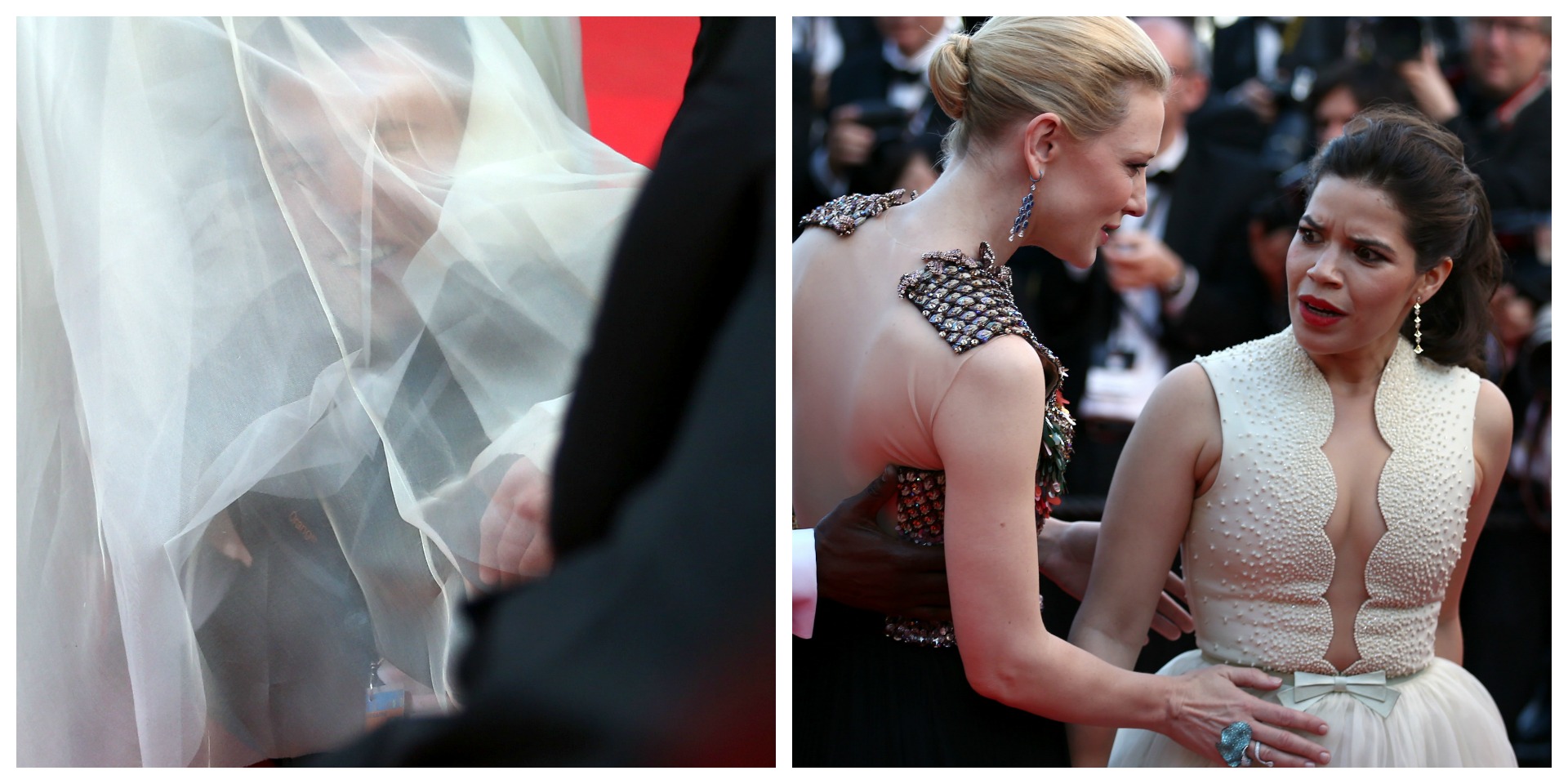 Costar Cate Blanchett comforted the actress and turned away from the photographers they were just posing for. The troublemaker was carted off by security, but he laughed as he was removed from the scene. 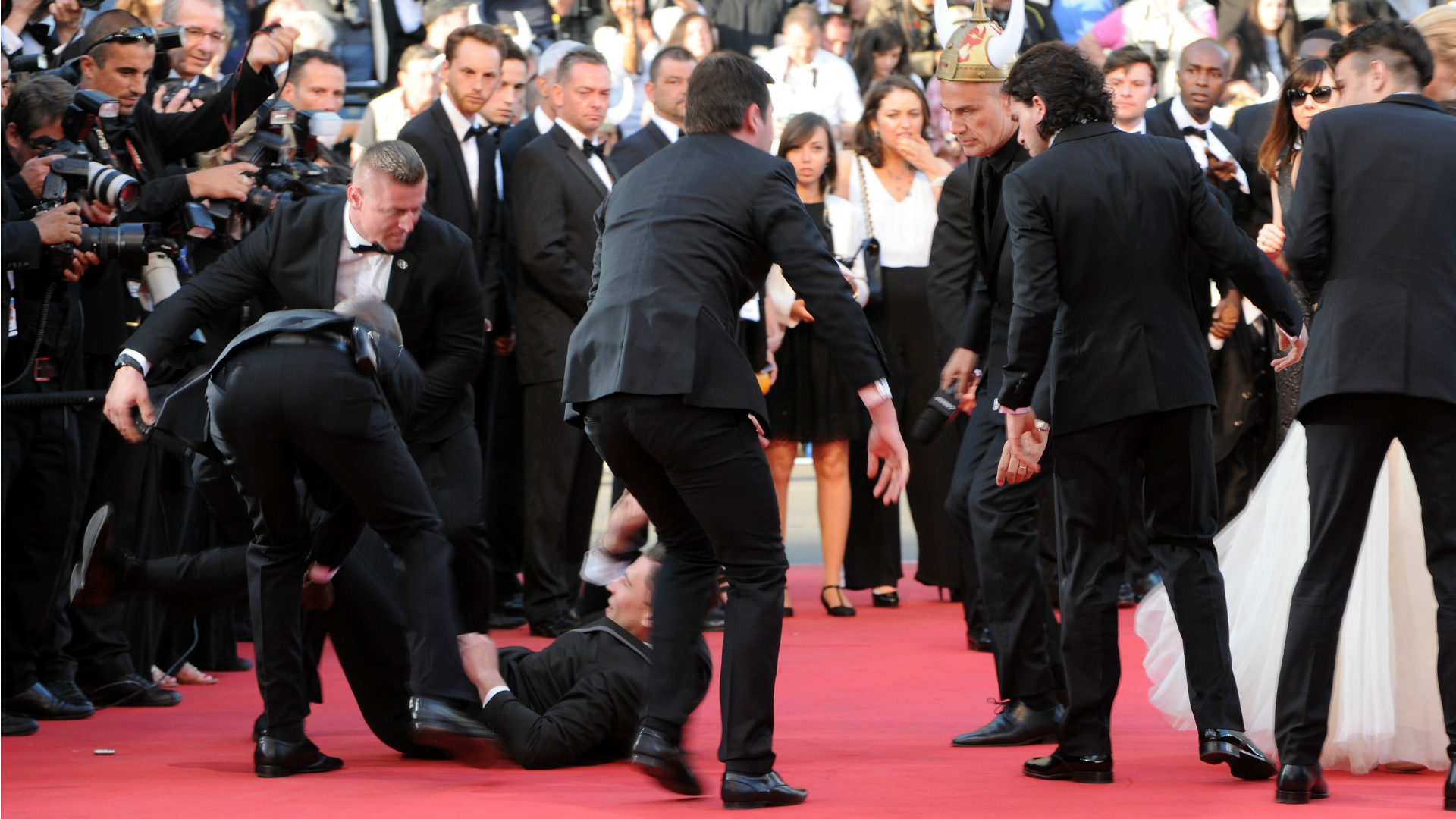 Cannes commotion: A jewelry heist and a shooter >>

This isn’t the first time that Sediuk has pulled such a high-profile stunt. Leonardo DiCaprio, Bradley Cooper and many other celebrities have fallen victim to his pranks. Sediuk lunged at both actors on the red carpet this awards show season, at the Santa Barbara Film Festival and the SAG Awards, respectively.

His most famous moment, at the 2013 Grammy Awards, got him arrested. Sediuk stormed the stage after Adele won an award. However, someone more powerful got in the way of his meeting with the singer: Jennifer Lopez. JLo wisely stood in the way of any further shenanigans.

Cannes officials are looking into the security breach, but it does appear that Sediuk was an officially credentialed member of the press.