Fans are still not impressed that Ben Affleck is the new Batman… but the internet loves it. Feast your eyes on these hilarious Sad Batman memes.

The Sad Batman memes are hot on the heels of the first glimpse of Ben Affleck in his Batman costume, alongside a redesigned version of the Batmobile, for the forthcoming film Batman vs. Superman. Zack Snyder may have been impressed with the shot, but the internet decided it needed some editing.

And thanks to Photoshop, we now have hundreds of Sad Batman creations!

While Ben Affleck/Batman is not the first star the media have made into a sad meme — remember Sad Keanu and Sad Kanye? — these memes of the Caped Crusader have certainly given us a good laugh!

It all started with this one picture…

This was bound to happen. The Sad Batman memes have taken a stab at Affleck’s version of Batman once again. By now, he should have developed a thick skin to all the criticism, but fans are convinced he’ll never live up to Christian Bale’s version of the character. By taking on an iconic role with so much baggage, no wonder he’s sad!

Awww, at least Sad Batman has found a friend in Sad Keanu… 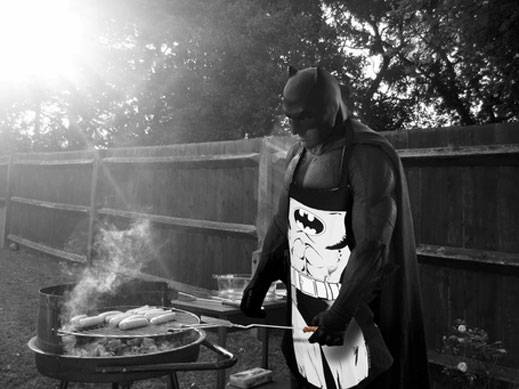 It’s like Christmas morning… when you get the wrong gift. Or Affleck replaced Bale as Batman. 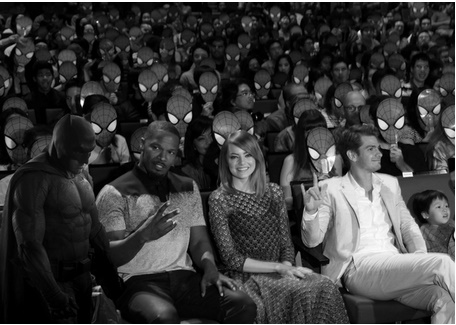 Affleck has been bulking up for his role as Batman, but clearly the internet is not all that impressed with his new physique. 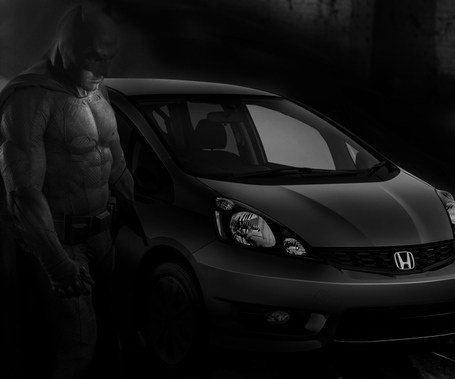 They redesigned his Batmobile, but he wasn’t impressed with the new model.

Oh, well. Maybe Affleck can take a page from Keanu Reeves’ book and one day make his own novel filled with his Sad Batman memes?